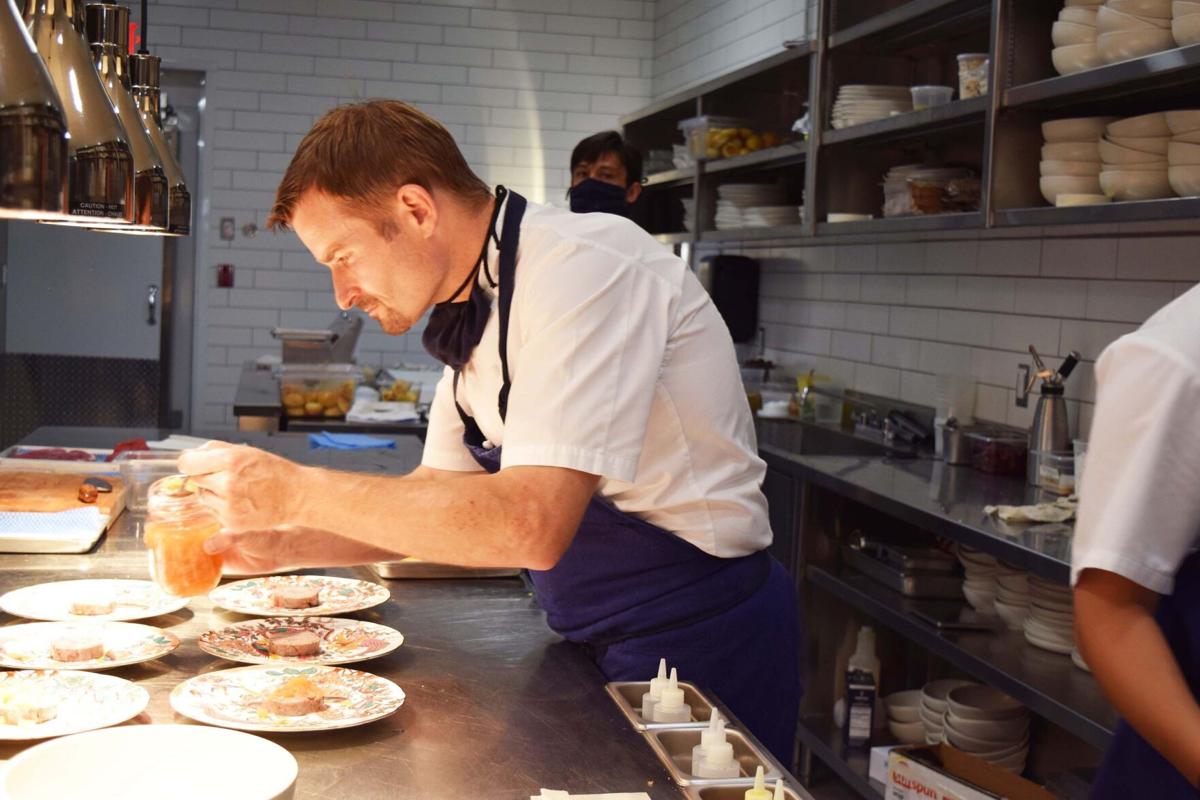 Chef Ned Bell finishes plates in the dream kitchen of the Restaurant at the Naramata Inn. 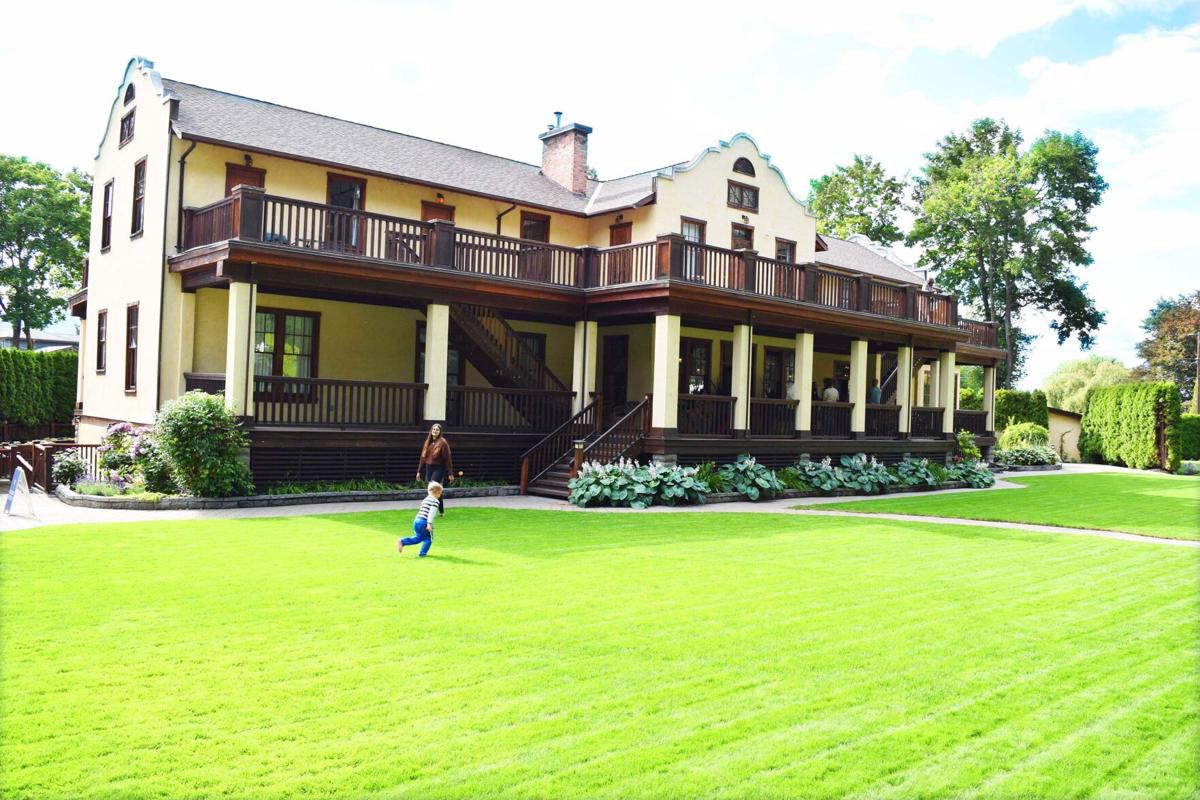 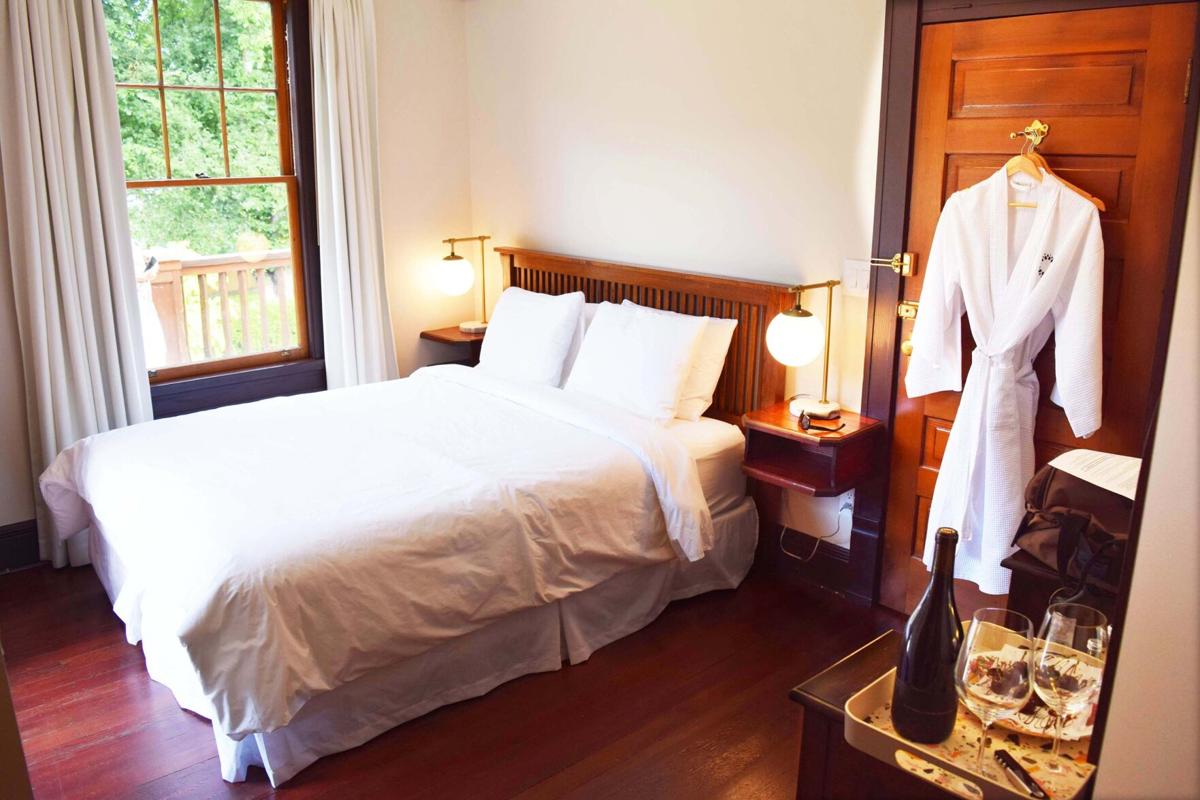 The rooms at Naramata Inn are heritage-chic.

Chef Ned Bell finishes plates in the dream kitchen of the Restaurant at the Naramata Inn.

The rooms at Naramata Inn are heritage-chic.

It's Tuesday night and the new Restaurant at Naramata Inn is bumping.

Every table in the high-ceilinged dining room is full, as are the tables on the heritage hotel's covered veranda, which doubles as the restaurant's patio.

Between plating meals in his dream kitchen, celebrity chef and inn co-owner Ned Bell is making a point of mingling at every table.

He wants to make sure diners know he's now at the helm, the food and wine are terroir-driven and that the Naramata Inn is back, baby.

The 12-room inn, across the street from Okanagan Lake in small-town Naramata, was built in 1907 by town founder, land baron and tree-fruit pioneer John Robinson.

The inn attracted some of the first tourists to the Okanagan and Robinson, a fun-loving character, threw some legendary parties at the Mission-style mansion.

Over the past 113 years the inn's history has been rocky.

Several owners and operators have tried with various amounts of success to make a go of the business, only to all eventually call it quits and put the property up for sale.

Naramata Inn was sitting empty two years ago when Bell, his wife, publicist extraordinaire Kate Colley, designer Maria Wiesner and retired A&W Canada CEO Paul Holland, decided to buy it and turn it into a boutique hotel and restaurant to die for.

Bell is originally from nearby Penticton and went on to a storied culinary career, including being mentored by renowned chef Rob Feenie at Le Crocodile and Lumiere in Vancouver, co-owner of Cabana in Kelowna for five years, chef at Yew Restaurant in the Four Seasons Hotel Vancouver; appearances on TV shows Cook Like A Chef, It's Just Food and Iron Chef Canada; writing the best-selling cookbook Lure: Sustainable Seafood Recipes from the West Coast as Ocean Wise's executive chef; and cycling 8,700 kilometres across Canada to raise awareness for sustainable seafood.

“The Naramata Inn is a unique place, a true inn, a restaurant with rooms,” says Bell.

“Being from Penticton, I feel I was destined to cook at the Naramata Inn. It's my destiny. It's a dream come true.”

And Bell is dreaming big.

His goal is to have the best restaurant in Canada and the top wine list in the Okanagan Valley, a region known for it 250 wineries.

If my wife, Kerry, and I's meal and overnight at Naramata Inn is any indication, Bell is well on the way to his goal.

We feasted on scallops with glasses of Albarino from nearby Terravista Winery and halibut paired to sips of Riesling from Synchromesh, another neighbouring winery.

Kerry and I rounded out our South Okanagan foray by cycling from winery to winery in Naramata (Hillside, Poplar Grove and Monster) along the Kettle Valley Rail Trail and finishing up at Cannery Brewing in downtown Penticton for glasses of summer craft brews Okanagan Daze and Sunblink Berry Sour in the brewery's new backyard.

A quick jaunt down to Osoyoos saw us check into Watermark Beach Resort for pool time, paddle boarding with Wakepilot in adjacent Osoyoos Lake, which touts warmest-lake-in-Canada status, and dinner of Cobb salad and rose wine from Bartier Brothers Winery in Oliver at the resort's Patio restaurant.

Steve MacNaull is an Okanagan wine lover. Reach him at steve.macnaull@ok.bc.ca.