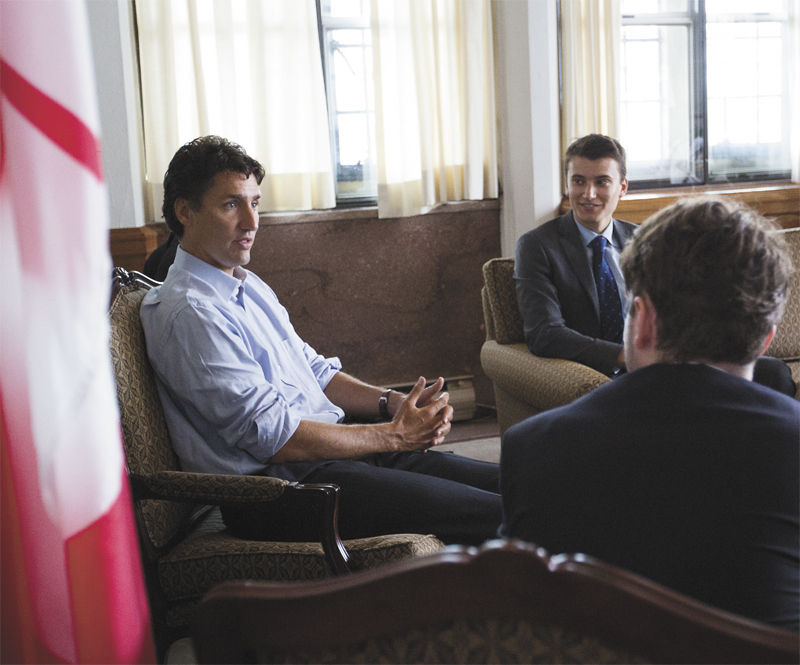 Prime Minister Justin Trudeau in a Parliament Hill meeting with Kelowna Top Forty Under 40 nominee Tim Krupa, who is a policy special assistant in the Prime Minister’s Office. 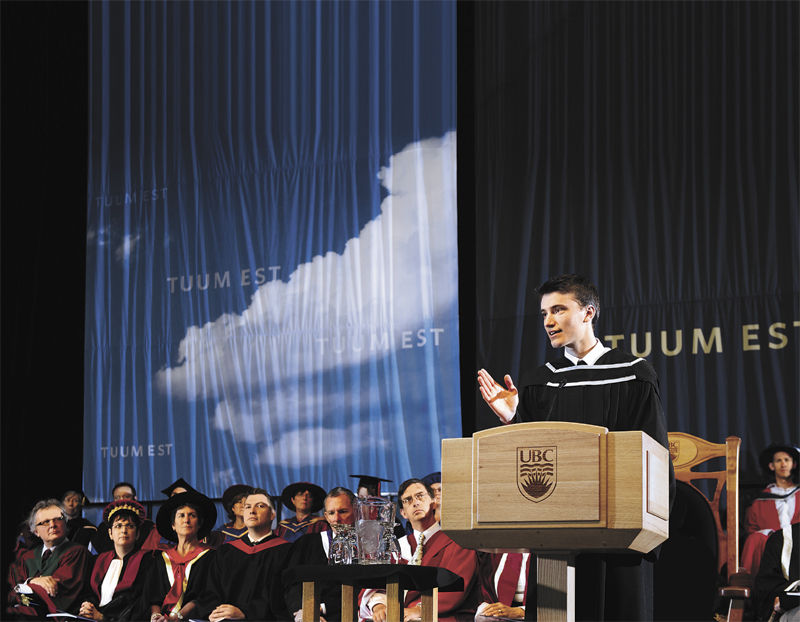 Kelowna Top Forty Under 40 nominee Tim Krupa gave the valedictory speech for the science graduating class at UBC Okanagan in 2013.

Prime Minister Justin Trudeau in a Parliament Hill meeting with Kelowna Top Forty Under 40 nominee Tim Krupa, who is a policy special assistant in the Prime Minister’s Office.

Kelowna Top Forty Under 40 nominee Tim Krupa gave the valedictory speech for the science graduating class at UBC Okanagan in 2013.

Editor’s note: This is the 26th of 40 profiles for the second year of the Kelowna Top Forty Under 40 program presented by BDO Accountants and Consultants, Junior Chamber International (Okanagan branch), Kelowna Chamber of Commerce and The Daily Courier. Every week, we feature someone under the age of 40 who is making an impact through business, innovation and community involvement. Nominations are still being accepted at TopForty@KelownaChamber.org until March 1. A special event honouring all 40 nominees will be held in June.

Whenever Tim Krupa looks around a room, he’s always the youngest and most inexperienced.

“My path to the Prime Minister’s Office was never clear or linear,” he said. “Yet, here I am at age 24 and I’m extremely proud it all started in the Central Okanagan.”

Krupa is a policy special assistant in the Prime Minister’s Office and helps with the research and briefing notes, often confidential, that advance the government’s agenda.

Krupa grew up in Kelowna, graduated from Kelowna Secondary School in 2009 and from UBC Okanagan in 2013 with a science degree, where he was also the president of the UBCO Young Liberals.

He went on to start his Masters studies at UBC Vancouver in political science, but that was interrupted by the decision that would change his life. He was offered the internship he applied for with Justin Trudeau’s office.

This was May 2014 and Trudeau wasn’t yet prime minister.

Trudeau was the young, good-looking, charismatic leader of the Liberal party who had yet to go through the long election campaign to be voted in as Canada’s prime minister, a post his father, Pierre, famously held from 1968-79 and 1980-84.

Krupa moved to Ottawa and interned from May to August 2014, working on tour planning and briefing notes.

When the internship ended, Trudeau’s chief of staff was impressed and offered Krupa a job in operations, helping plan Trudeau’s tours leading up to the election.

Along the way, Krupa transferred from operations to policy and continued to work on his Masters.

With the unique perspective of a science undergraduate degree and working in the Prime Minister’s office, he did his political science Masters thesis on the biochemistry, sociology and politics of carbon tax.

Exactly what he’s working on for the prime minister is confidential. However, Krupa mentioned the overhaul of the Canada Child Benefit as a massive restructuring of society to help lift 300,000 children out of poverty.

“I look forward to going to work every day,” said Krupa. “And the days fly by because I love what I’m doing.”

Where Krupa has ended up is quite a departure from where he thought he would be.

At the age of 20, while still working on his science degree, he landed the Irving K. Barber School of Arts and Sciences International Education Travel Subsidy spend a summer in Zambia to see how soccer clubs could make children happier, promote gender equality and get them to stay in school longer.

At the time, Krupa was planning on becoming a doctor specializing in public health programs designed to lift people out of poverty. His follow-up visit to Zambia the next summer built upon the first with a UBCO undergraduate research award to study 1,365 children to see how happiness and hope translates to health, wealth, spirituality and social well-being.

His research results, with the help of UBCO professor Mark Holder, were published in the Journal of Happiness Studies. It was then Krupa decided he wanted to influence change on a broader scale. So instead of going on to medical school, he turned to political science and the job in the Prime Minister's Office.

“I’m ambitious. I want to do more and make a bigger difference,” said Krupa. “I don’t have a clear idea on exactly how to do that for the rest of my life, but it will be in the areas of leadership and policy.”