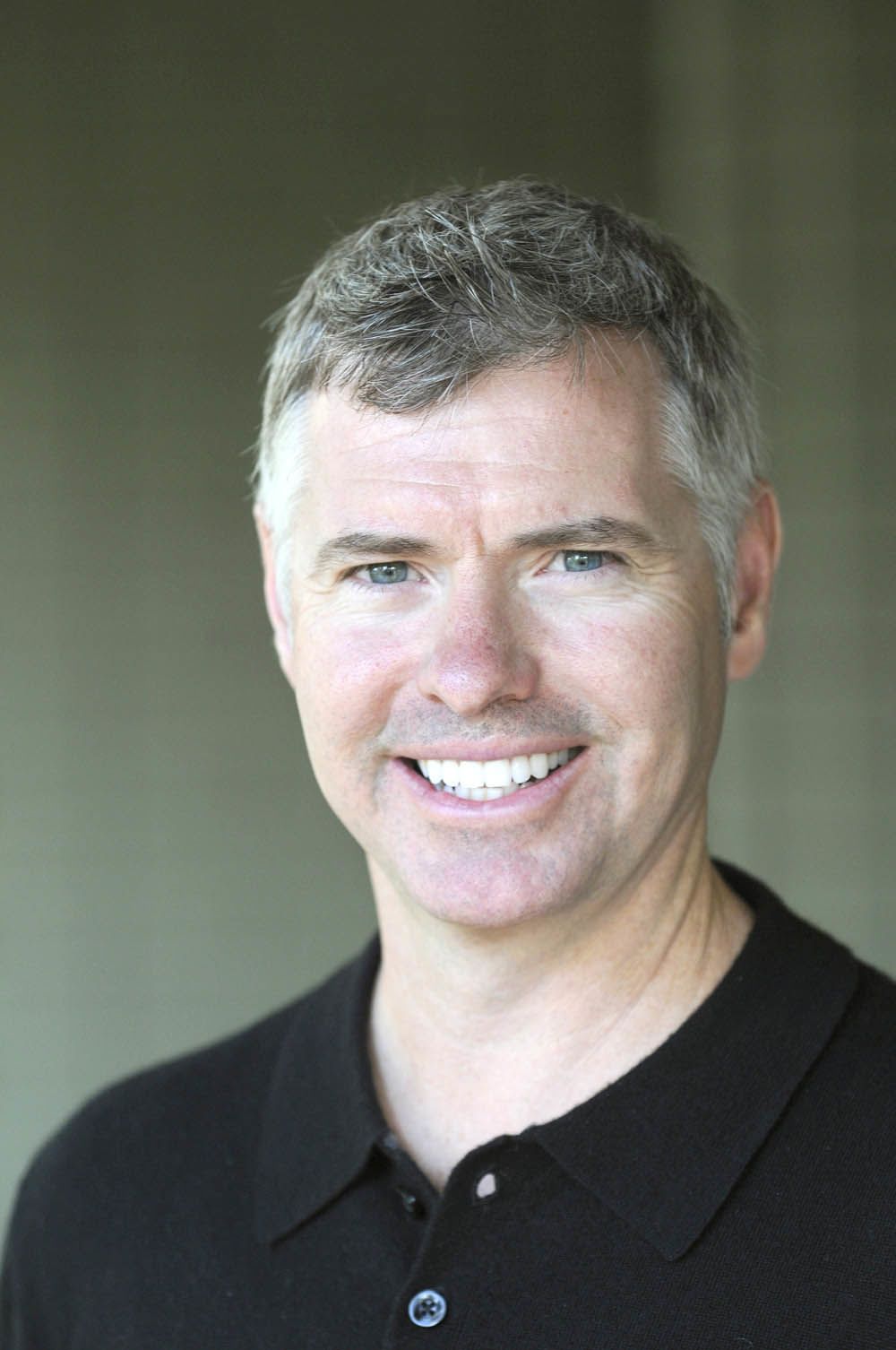 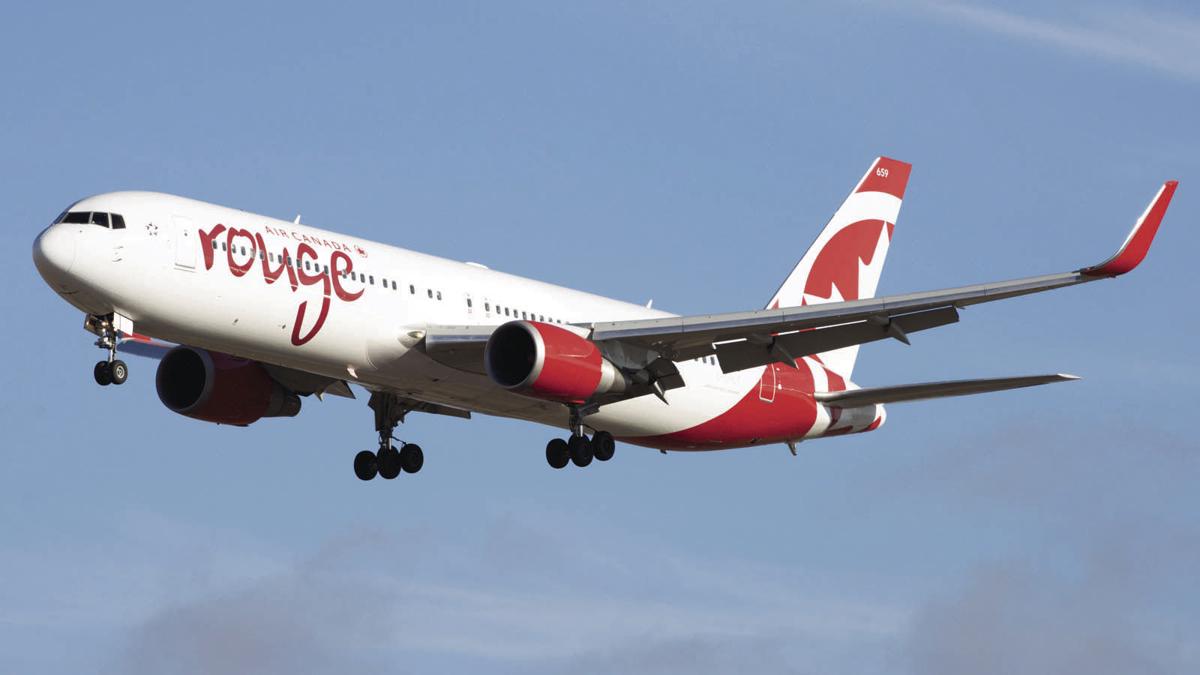 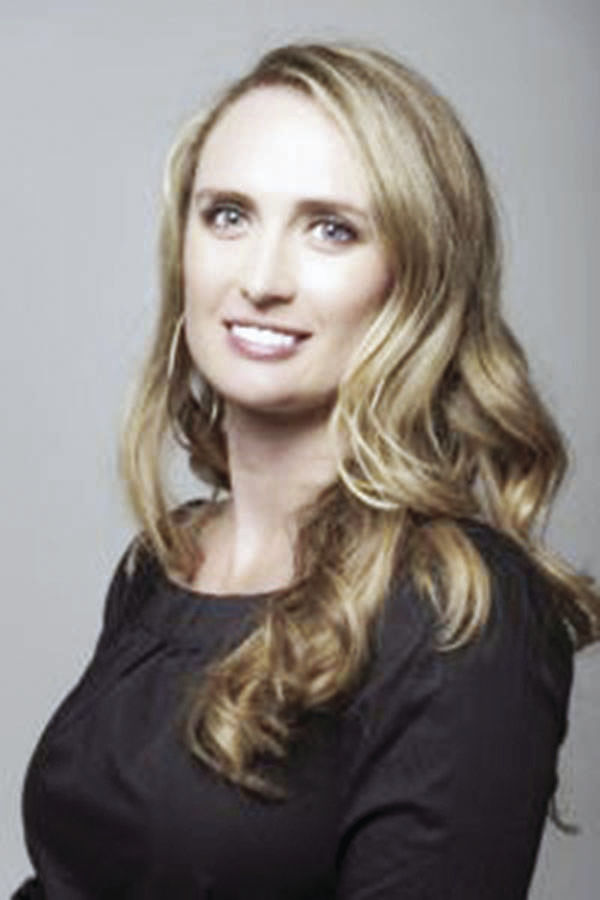 Cassidy deVeer is the president of the Central Okanagan branch of the Canadian Home Builders’ Association, which is not happy with a new park development tax on new housing. 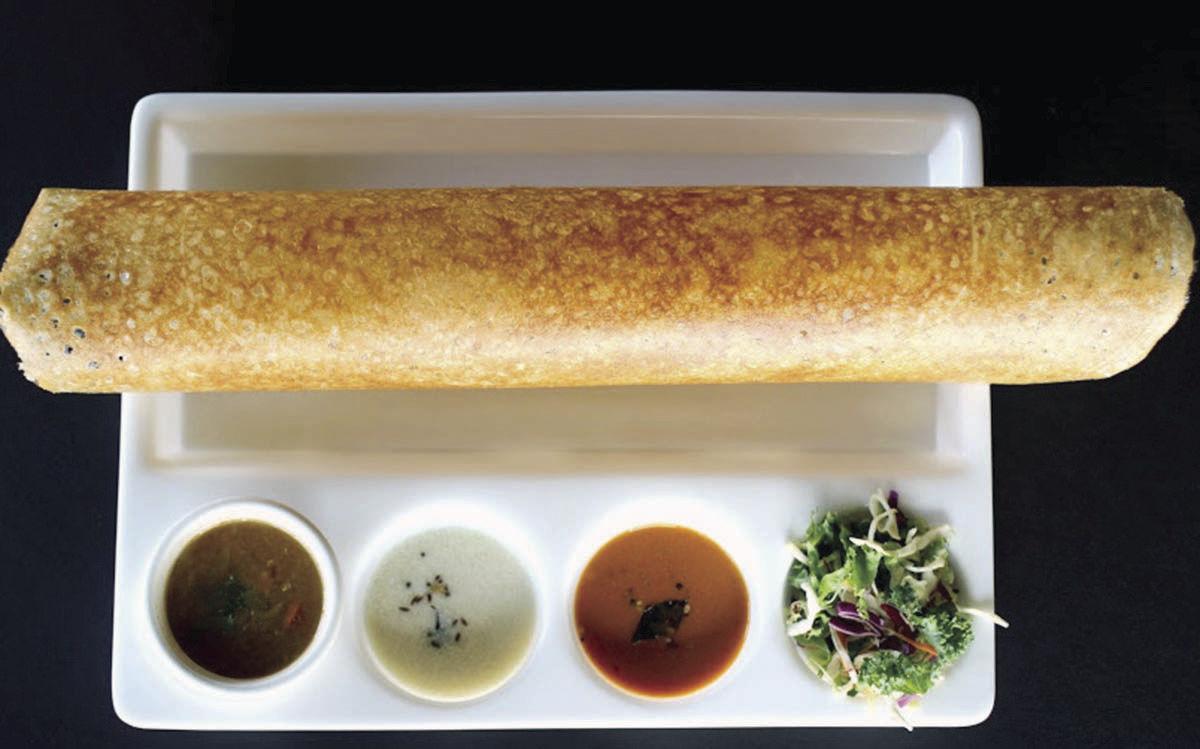 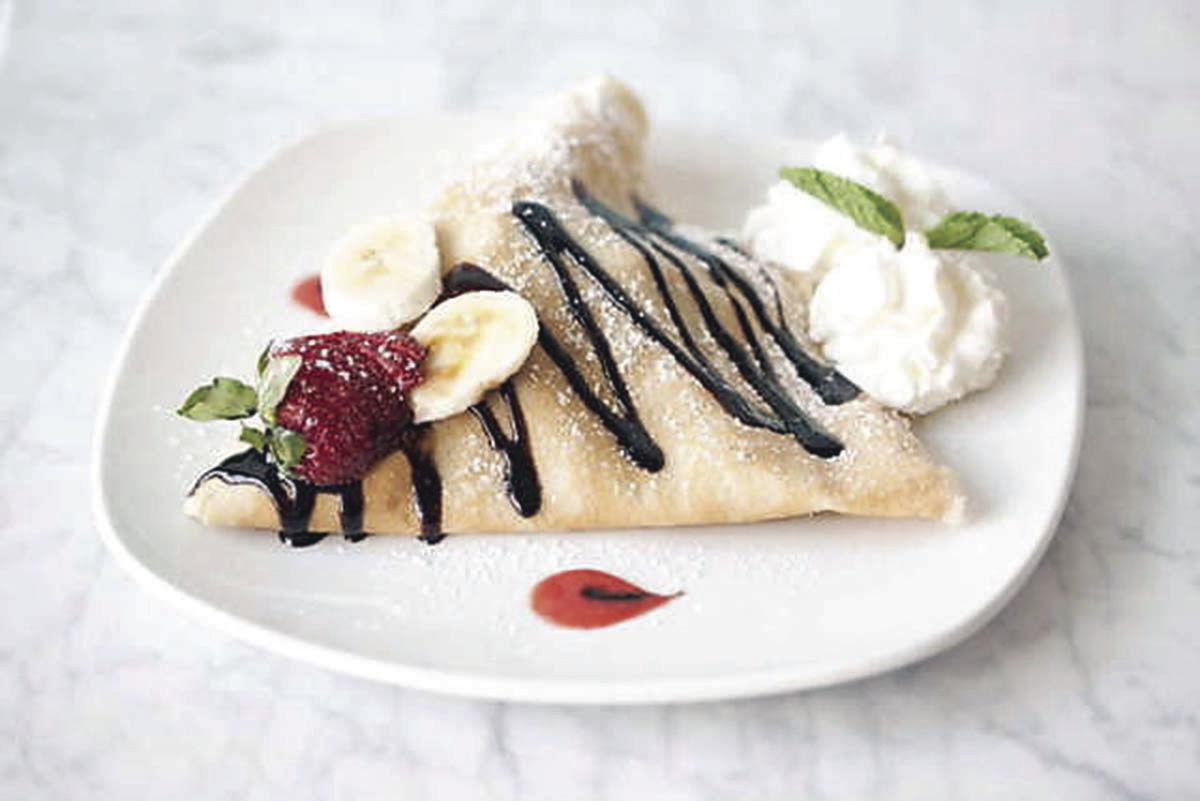 On Feb. 25, IHOP restaurants will be serving up free pancakes in return for a donation to the Children’s Miracle Network. 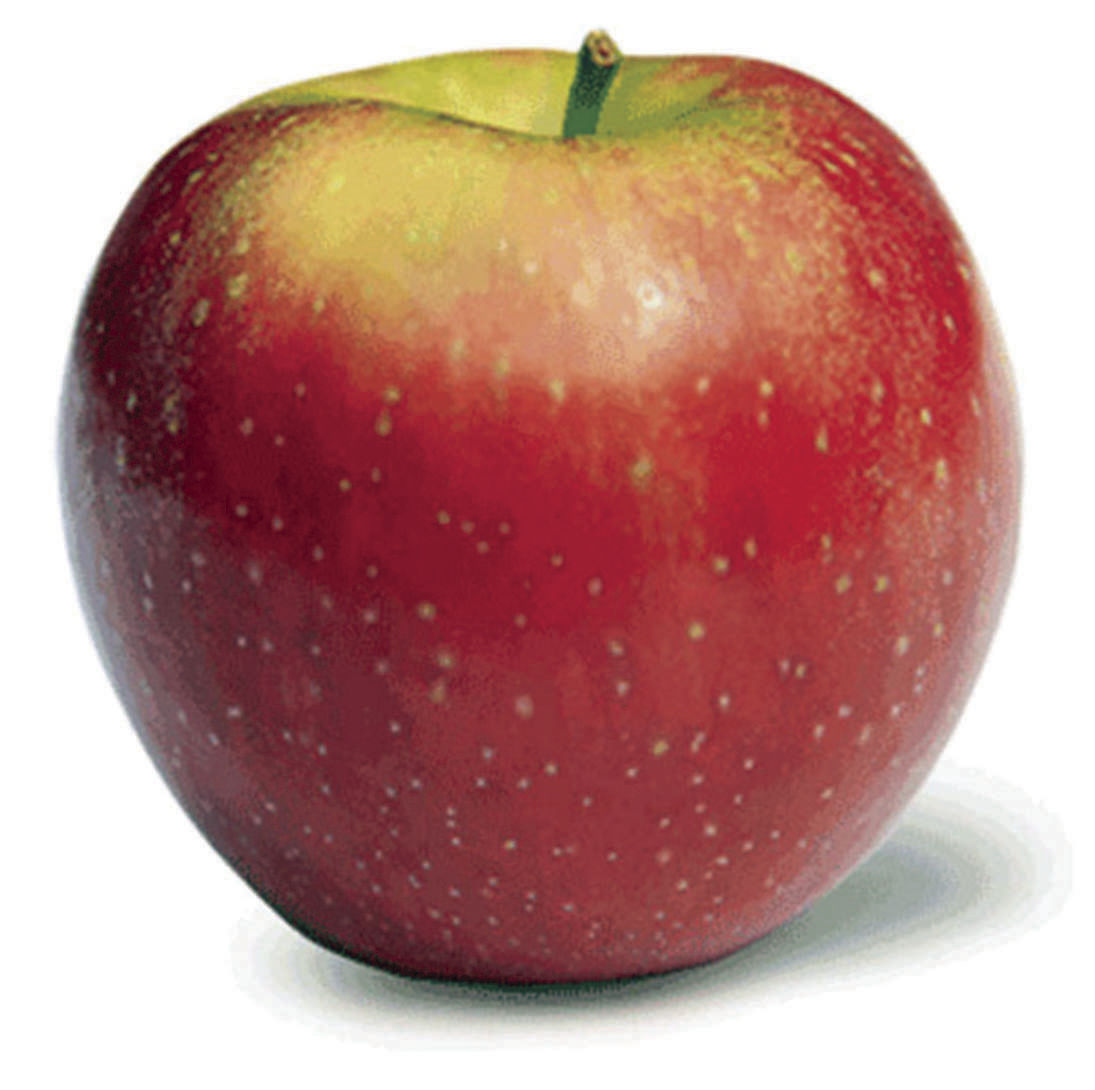 Okanagan-grown Ambrosia apples will be samples through Feb. 23 at the B.C. Home & Garden Show at B.C. Place stadium in Vancouver. 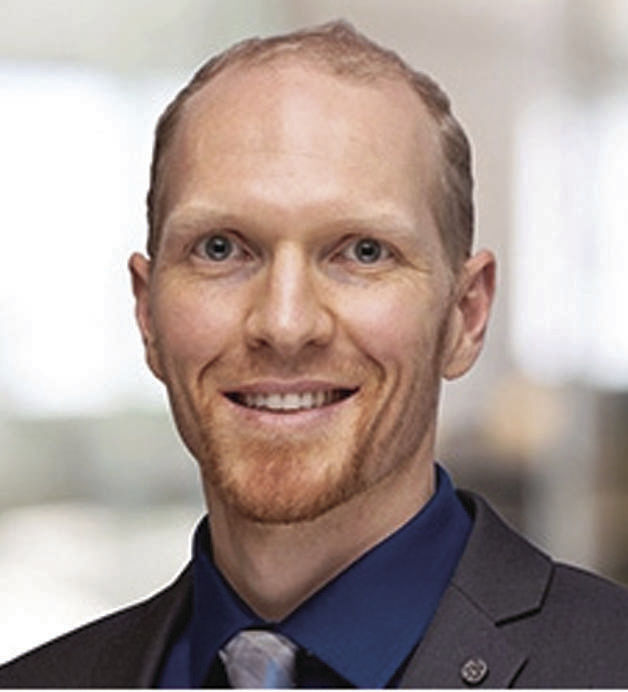 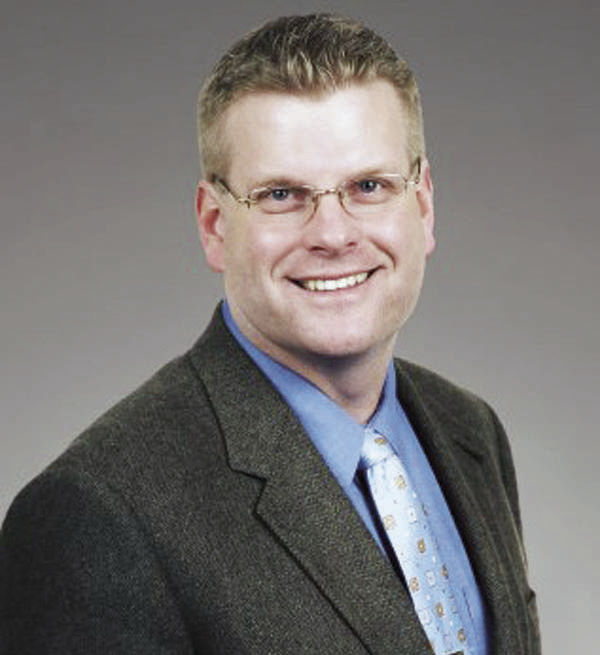 Cassidy deVeer is the president of the Central Okanagan branch of the Canadian Home Builders’ Association, which is not happy with a new park development tax on new housing.

On Feb. 25, IHOP restaurants will be serving up free pancakes in return for a donation to the Children’s Miracle Network.

Okanagan-grown Ambrosia apples will be samples through Feb. 23 at the B.C. Home & Garden Show at B.C. Place stadium in Vancouver.

It will be the largest plane ever to fly in and out of Kelowna International Airport on a regularly scheduled service.

The 767-300 is also the largest plane in Air Canada’s Rouge fleet and has a configuration of 24 premium economy seats at the front of the aircraft and 258 economy seats behind.

The move to the bigger plane between Kelowna and Toronto will increase Air Canada’s capacity on the route by 40%.

It’s also recognition there’s more demand in the summer and the route is important for tourism, visiting friends and relatives and business travellers.

“With the disruption of not having the 737 Max in service right now, Air Canada figured out a way to serve Kelowna with a bigger plane and significantly more lift,” said Kelowna airport director Sam Samaddar.

“It’s welcome news and shows that Air Canada has confidence in the Kelowna market.”

An 8 p.m. arrival in Toronto also gives passengers time to connect to evening flights to cities in Ontario, Quebec and the Maritimes, the U.S. northeast, Europe, the Middle East and South America.

For the summer, WestJet will also bump up its capacity Kelowna-Toronto by operating two flights daily — a daytime service and a red-eye — with 116-seat Boeing 737-600 planes.

Currently, WestJet flies one flight a day between Kelowna and Toronto.

Home builders are steamed the City of Kelowna has introduced a hefty new park tax that will make new homes, townhouses and condominiums more expensive.

Since last fall, the Central Okanagan branch of the Canadian Home Builders’ Association and the Kelowna Chamber of Commerce had been lobbying against the parks development funding charge of $6,545 for every home built, be it a mansion or modest condo.

However, city council recently approved the new park taxes package despite the backlash.

The new levy of $6,545 is in addition to the park acquisition charge of $7,979 and amounts to a total of $14,524 charged to builders or developers as part of the development cost charges they have to pay.

While it is initially the builder or developer who pays the fees, the cost is eventually passed onto the home buyer.

The extra costs makes housing in Kelowna even more unaffordable and could prevent an array of potential buyers from being able to secure a mortgage, from first-time purchasers and young families to low-income earners and even middle-income earners, according to the home builders.

Instead of the $14,525 in charges exclusively to builders and developers, home builders suggested the tax burden be spread out over all taxpayers, since everyone uses parks.

Builders also recommended a per square foot charge so the buyer of a new mansion will pay more than the purchaser of a tiny condo.

“All of the above options fell on deaf ears as (city) council ignored efforts to show them the consequences of this new tax and how it fails to contribute to housing affordability,” said Central Okanagan branch president Cassidy deVeer of 3rd Generation Homes.

“We’re trying our best to educate voters and encourage them to get involved by calling their city council and asking them why they are making new homes more expensive. This issue has a huge impact for future homebuyers.”

Dosa, which is located at 110 Gray Rd. and also has a food truck, specializes in dosas, the South Indian thin pancake made of rice batter that looks like a French crepe.

Dosas are usually served hot with chutney and a vegetable stew called sambar.

It also has the Consumer Choice Awards to recognize businesses that generate exceptional feedback from customers.

Speaking of pancakes, IHOP restaurants across Canada, including the one in Kelowna, will be serving up free short stacks all day on Feb. 25.

A short stack is three of IHOP’s classic buttermilk pancakes with syrup.

IHOP is offering the freebie in hopes diners donate to Children’s Miracle Network, which raises money for 14 children’s hospitals in Canada, including B.C. Children’s Hospital in Vancouver.

It’s timed to 47 days before Easter Sunday because shrove is a Christian tradition in which people give up dairy products for the six week pre-Easter period called Lent.

Therefore, Shrove Tuesday, the day before Lent starts, sees people whip up pancakes to use up their supplies of eggs, milk and butter.

There’s no better way to win people over to Ambrosia apples than to let them taste this food of the gods.

As such, B.C. Ambrosia Apples is handing out free slices of the fruit at the B.C. Home & Garden Show through Feb. 23 at B.C. Place stadium in Vancouver and the HomeStyles Home & Renovation Show March 20-22 at Prairieland Park in Saskatoon.

B.C. Ambrosia Apples is the marketing group that represents growers of the variety and encourages people to eat more Ambrosia.

Those efforts include the aforementioned sampling as well as a website that touts Ambrosia as not just as a fresh eating apple, but in recipes from classic apple pie and apple sauce to Waldorf salad and turkey chili.

The group also positions Ambrosia as a health food packed with vitamins C, A and E, plus antioxidants and immune-system boosters.

Ambrosia was discovered as what’s called a chance seedling in the Mennell family orchard in Cawston in the early 1990s.

The crisp and honey-sweet apples were so delicious that Summerland Varieties Corp.(formerly Okanagan Plant Improvement Corp.) developed Ambrosia as a new variety in 1993.

Since then, it has become widely grown in the Okanagan and Similkameen valleys.

In fact, it’s become the second-most popular apple in the province behind only Gala.

It’s B.C. Chamber Week and the Kelowna Chamber of Commerce is celebrating with an event-packed three days to round out the week.

Today and Thursday, chamber directors are visiting members throughout the city bestowing random acts of recognition.

On Thursday, the Business After Hours networking and social mixer is at Arcadia Virtual Reality Lounge from 5-7 p.m.

Through Feb. 28, members can vote electronically for the Kelowna chamber board.

Voting, and tickets to Business After Hours and the lunch can be purchased, can be done at KelownaChamber.org.