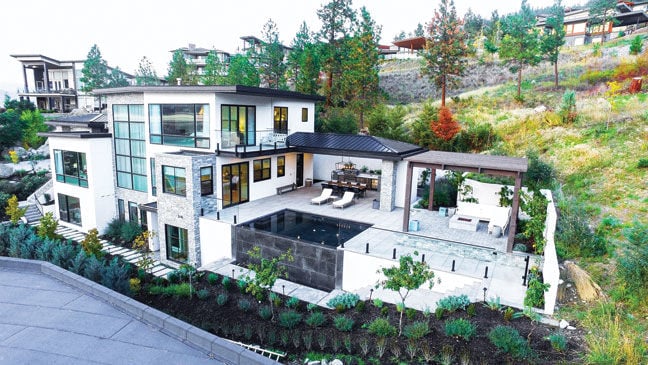 This contemporary mansion built by Vernon-based Sunterra Custom Homes, perched above Okanagan Lake in the Lakestone neighbourhood of Lake Country, is a finalist in five categories of the Okanagan Housing Awards of Excellence, including home of the year. 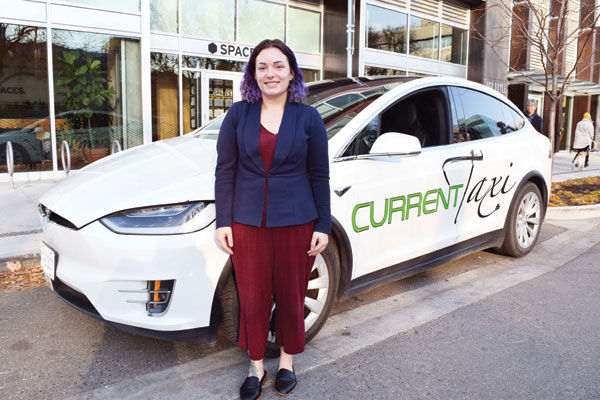 Kelowna-based Current Taxi, which has an all-electric fleet of Tesla cars, is expanding to Victoria. 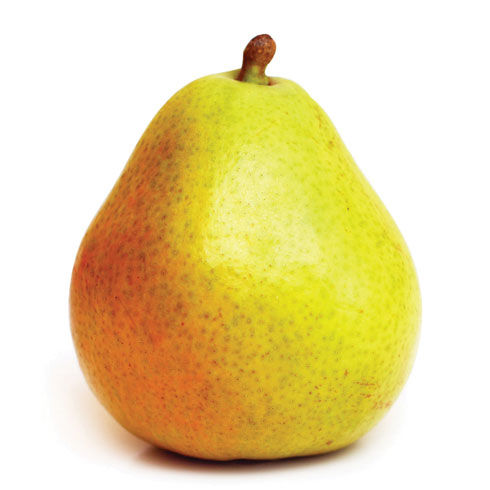 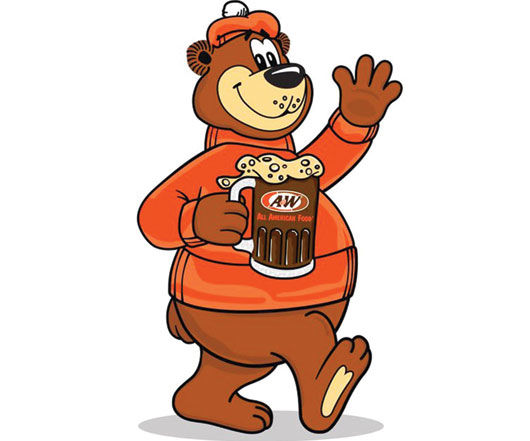 Rooty, named after the root beer for which A&W is famous, is excited the A&W Restaurant at Highway 97 and Leathead Road in Kelowna will donate money from all sales on Saturday to Cystic Fibrosis Canada.

This contemporary mansion built by Vernon-based Sunterra Custom Homes, perched above Okanagan Lake in the Lakestone neighbourhood of Lake Country, is a finalist in five categories of the Okanagan Housing Awards of Excellence, including home of the year.

Kelowna-based Current Taxi, which has an all-electric fleet of Tesla cars, is expanding to Victoria.

Rooty, named after the root beer for which A&W is famous, is excited the A&W Restaurant at Highway 97 and Leathead Road in Kelowna will donate money from all sales on Saturday to Cystic Fibrosis Canada.

The three-storey home, built on a rocky perch by Sunterra Custom Homes of Vernon, features an open-concept interior with all the bells and whistles and an exterior with multiple decks, outdoor kitchen and infinity pool.

The other two finalists are Weninger Construction, for Snowpeaks Lodge, and Kelly Benedit Homes, for a home in Traders Cove.

In all, Sunterra snagged nine nominations in eight categories.

Sunterra, which specializes in contemporary design and build, also earned two nominations for the modern waterfront Glass Box home on Okanagan Lake in Vernon. Those nods were in excellence in kitchen design and excellence for a single-family home with construction cost between $500,000 and $750,000.

Sunterra also is a finalist in the category for excellence in master suite design, for The View home in Vernon, and in excellence for a single-family home with construction cost between $350,000 and $500,000, for Living on the Edge, a modern home above Okanagan Lake in Vernon.

In all, dozens of homebuilders are finalists in 41 categories for new housing of all types (single-family, townhouse, condominium and apartment), renovations, interiors, exteriors and marketing.

Winners will be announced at the Okanagan Housing Awards of Excellence gala Jan. 25 at the Delta Grand hotel in Kelowna.

Kelowna-based Current Taxi expanded to Victoria on Dec. 1 with 15 of its signature white, all-electric Tesla cars.

It also touted itself as B.C.’s first all-electric taxi fleet.

The concept caught on.

Current Taxi in Kelowna also uses its Teslas to run wine tours for $600 for four hours for four people with four wineries visited, including tasting fees.

Current Taxi also has a mobile app for ride hailing and bookings.

The Perfect Van Wamel line cups each pear individually to be moved through mechanical sorting, grading and packing as gently as possible.

The open house will feature demonstrations of the new Van Wamel and food and drink made with ingredients from the farm.

The Day family has been farming in the Okanagan for four generations. It grows three varieties of pears (Bartlett, Bosc and D’Anjou) at its orchards in the centre of Kelowna, bounded by Burtch, Byrns, Springfield and Benvoulin roads.

In all, the family farms 55 hectares and produces 2,000 bins annually of pears and vegetables, especially corn, and beef cattle.

In 2012, Day’s decided to control more of its own destiny by building the cold storage and packing line on site.

From there, it ships products to customers across the country.

Business investment, conferences and tourism can all be boosted with a new partnership between Tourism Kelowna and the Central Okanagan Economic Development Commission.

“When business leaders and key decision-makers are introduced to new destinations, especially an attractive year-round destination like ours, they begin to see potential and new opportunities for growth,” said commission director Corie Griffiths.

“New and big business opportunities can start with a visit to a new destination either on vacation or attending a business meeting or conference.”

The partnership will focus on opportunities in the agriculture, wine, aerospace and high-tech sectors, which are all major economic drivers in Kelowna.

The commission, Tourism Kelowna and high-tech supporter Accelerate Okanagan will work together to promote the region as a place to visit, start or relocate a business, invest or hold a conference.

The strategy also aims to pique the interest of skilled workers who might move here for a job.

“Together, we can now access new grants and federal promotion partners, so suddenly an investment amount grows to generate a much larger reach than we could have achieved on our own,” said Tourism Kelowna CEO Lisanne Ballantyne.

Saturday is the day to devour a Papa, Mama, Teen, Uncle, Buddy, Grandpa or Beyond Meat burger, breakfast sandwich, Chubby Chicken meal or world-famous root beer at the A&W Restaurant at Highway 97 and Leathead Road.

The restaurant will donate 100% of all sales from the day to Cystic Fibrosis Canada to help kids with the genetic disease that mostly affects the lungs.

“Let’s all go to A&W Dec. 7 for a burger and for these kids,” said Claude Uzelman, the owner of the Leathead franchise.

This will be the 12th year the restaurant has presented the fundraiser.

Last year, the A&W in Ladysmith on Vancouver Island joined the fundraiser and the two restaurants combined raised almost $40,000.

Both franchises are involved again this year, and the goal is to raise over $40,000.

WorkBC in Kelowna recognizes single parents have a tougher time juggling a job and raising a family.

So WorkBC, which has a centre in the Capri Centre Mall, is hosting a workshop specifically for single parents on Thursday from 6 to 7 p.m.

Child minding will be provided.

The Single Parent Employment Initiative will be discussed and how it helps recipients of income assistance find a job with funding for training, financial support and daycare during training and the first year of employment.

Other single parents looking for a job or in work that isn’t right for them can find out about programs that range from job-seeking tips and and financial supports to workshops and one-on-one coaching.

What letter grade would you give city and highway crews on snow removal in the Central Okanagan during the dump of snow we had earlier this month?