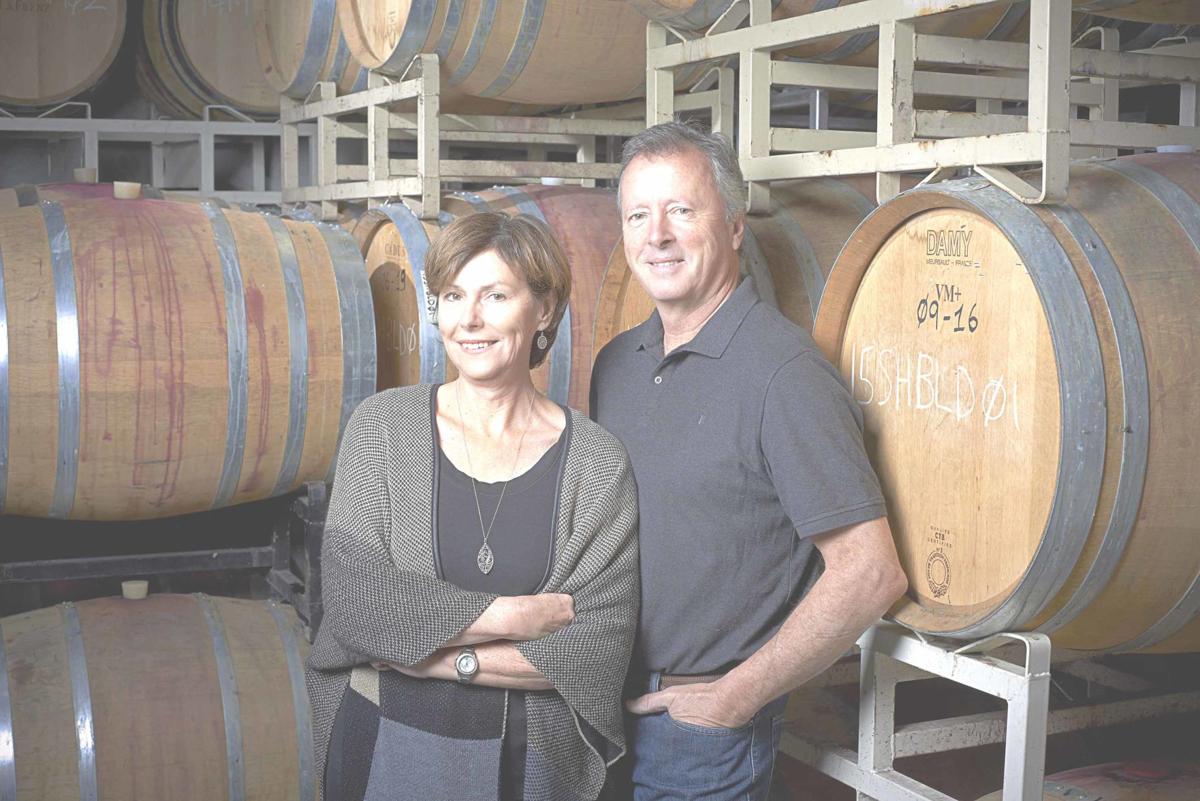 Niva and Jeff Martin own and operate La Frenz Winery on the Naramata, which is celebrating its 20th anniversary this year. 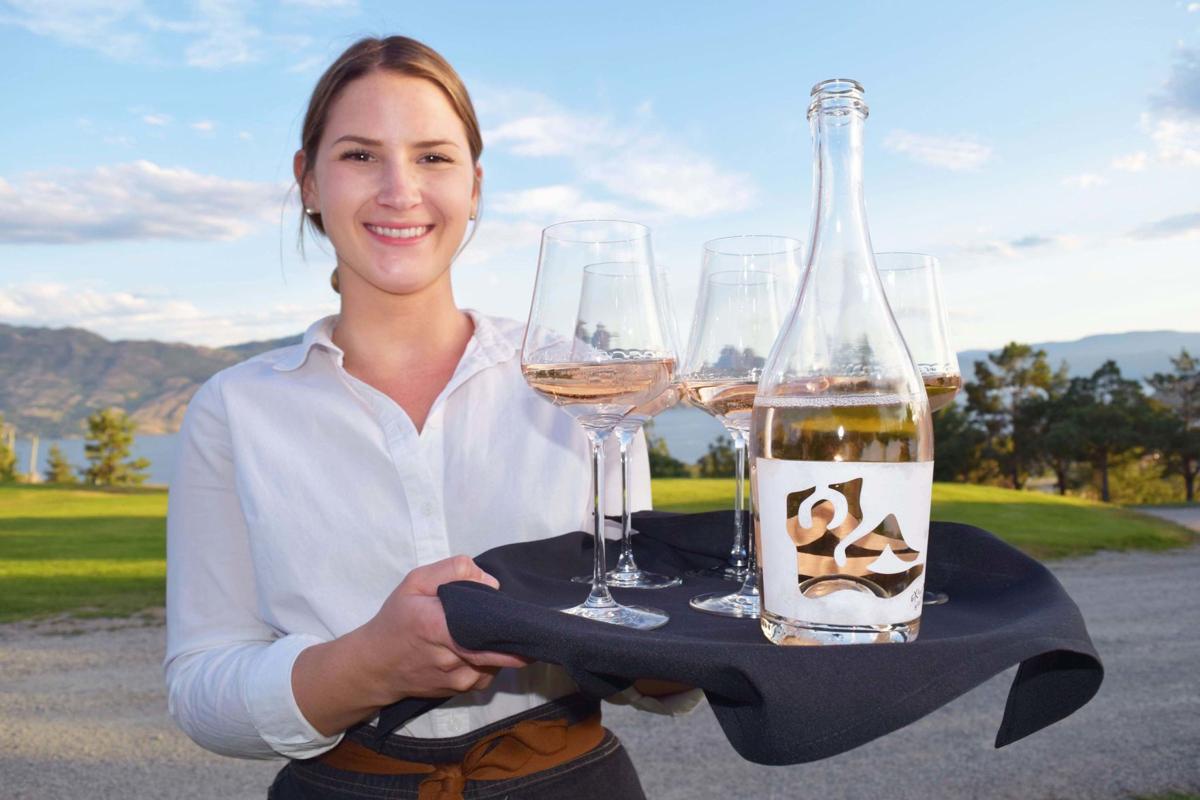 Niva and Jeff Martin own and operate La Frenz Winery on the Naramata, which is celebrating its 20th anniversary this year.

Initially, when I went looking for a translation of la frenz, I though it would end up to be French, Italian or Spanish for frenzy as in a frenzy of excitement.

As such, it would be a fitting name for La Frenz on the Naramata Bench, the winery that's been causing excitement with its exceptional wines for the past 20 years.

After turning up nothing on the translation front, I eventually find out La Frenz was the last name of one of winery owner Jeff Martin's grandfathers.

Either way, it's a phenomenal moniker for a winery celebrating its 20th anniversary.

To mark the milestone, La Frenz is throwing a Red, White and Blues party Fri. Sept. 6 at the winery at 1525 Randolph Rd.

It's so called because red and white wines will be served, of course, and the band LeRoy Bell & His Only Friends will provide the bluey-rock soundtrack.

Martin Laprise of The Chef Instead will be dishing up southern-style barbecue.

La Frenz will also utilize the party to release its first-ever sparkling wine, the Champagne-style 2015 Aster.

A sparkling release is so fitting for a landmark anniversary celebration.

In keeping with the reusing-family-names theme, Aster is also Jeff and Niva Martin's first grandchild.

Tickets to the party are $89 at LaFrenzWinery.com.

A free shuttle will run from a few Penticton locations to the winery so you don't have to worry about driving to and finding parking at the winery.

When La Frenz picked its first grapes in 1999 it was one of only seven wineries on the Naramata Bench.

And the whole B.C. industry consisted of just 50 wineries.

Today, Naramata is home to more than 30 wineries and the B.C. count has ballooned to over 300.

As a result, Jeff Martin is considered an Okanagan and Naramata wine pioneer.

When he arrived at West Kelowna's Quails' Gate Winery from Australia more than two decades ago, he was one of the first university-educated winemakers to work in B.C.

He went to Charles Sturt University to earn a bachelor of wine science and and was winemaker at McWilliams Wines.

After his stint at Quails' Gate, he and Niva decided to stay in Canada and start their own winery, thus La Frenz, which has five vineyards.

"We believe having total control of our vineyards gives us the best base to craft the award-winning wines that we produce here at La Frenz," said Jeff.

"We consistently win awards for our wines and have been named winery of the year five times in the past seven years."

While Jeff still has input on the wines, fellow Aussie Dominic McCosker is winemaker.

Jeff stepped back a bit from the winemaking to be more hands on in the vineyards.

However, his daughter, Elise, has taken over mostly in the vineyards now.

If it's somewhat of a semi-retirement for Jeff, it's well-earned.

He's been involved in 40 vintages of making wine in both hemispheres.

The Viognier is exotic with aromas and flavours of ginger, honeysuckle, peaches and orange.

My wife, Kerry, and I paired it with breaded chicken baked in tomato and zucchini.

The Chardonnay is that perfect balance of half cool-fermented in stainless-steel tanks and half fermented in warmer temperatures in oak barrels and then deftly blended before bottling.

The combination also results in a delectable peaches-and-cream taste and mouthfeel.

The Sauv Blanc leans to ultra-aromatic New Zealand-style with kiwi on the nose and on the tongue, of course, filled out with gooseberry and honeydew melon.

A bubbly Rose was the intuitive follow up to last year's Exhilaration Brut.

The first brut is all Chardonnay, the Rose is 86% Pinot Noir to give it that alluring coral colour and 14% Chardonnay.

About a hundred guests mingled on the lower lawn sipping the sparkling Rose and nibbling pakora, beef carpaccio and scallop ceviche while listening to the Trevor Salloum Jazz Trio.

"I think you'll agree it's strawberries-and-cream in a glass."

Before being promoted to president last year, Brooker was head winemaker.

The timing meant he missed out on crafting the sparkling Rose in favour of new chief winemaker Ben Bryant.

"I wish I could take some credit," said Brooker with a laugh.

"But this is all Ben. He did an incredible job."

To keep the pink Exhilaration (and the regular Exhilaration) fresh and light with a preponderance of long-lasting bubbles, both are made Prosecco-style.

That means the sparkle is generated during a secondary fermentation in large stainless-steel tanks, rather than in the bottle, as is done with Champagne-style sparkling.

If you like to mix a little shopping with your wine drinking, Downtown Penticton's inaugural Chill'n 4 Summer is for you.

There's a welcome reception at Mondo Creations and then guest can visit then more boutiques for wine and food samples, browsing and buying.

It's billed as B.C.'s biggest local food and drink festival.

Steve MacNaull is a reporter at The Okanagan Weekend. Reach him at steve.macnaull@ok.bc.ca.