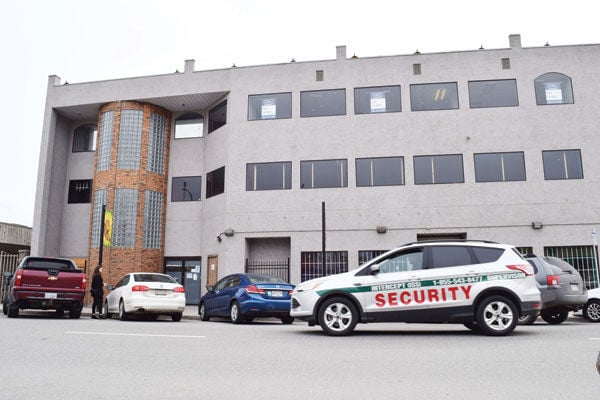 Cornerstone, the homeless shelter at 425 Leon Ave. in Kelowna, was supposed to close after providing emergency services over the winter of 2017-18. However, its opening has been extended four times, and an announcement Friday indicates Cornerstone will remain open indefinitely. 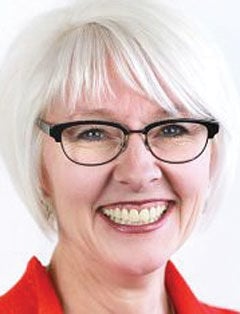 Nikki Csek is president of the Kelowna Chamber of Commerce.

Cornerstone, the homeless shelter at 425 Leon Ave. in Kelowna, was supposed to close after providing emergency services over the winter of 2017-18. However, its opening has been extended four times, and an announcement Friday indicates Cornerstone will remain open indefinitely.

Nikki Csek is president of the Kelowna Chamber of Commerce.

Cornerstone and controversy have become synonymous.

Whenever there’s news about the 80-bed homeless shelter at 425 Leon Ave. in downtown Kelowna, businesses and business groups express their opposition and the City of Kelowna, BC Housing and Interior Health voice their support.

Friday’s decision by BC Housing to keep Cornerstone open indefinitely, despite having an original closing date of spring 2018, is no exception.

The Kelowna Chamber of Commerce and Downtown Kelowna Association conveyed frustration and disappointment once again while the city, Interior Health and BC Housing champion the arrangement.

“There have already been four extensions for Cornerstone and now there’s no end date,” said Kelowna Chamber of Commerce president Nikki Csek.

“We, and, I suspect, all those businesses and organizations near the shelter are quite disappointed. The chamber is very supportive of helping the homeless, shelters and supportive housing. But the issue here is the size and location of Cornerstone.”

With 80 beds for overnight stays and meal service, Cornerstone has become a hub for the homeless, many of them suffering from mental illness and addiction.

That combined with the clustering of services for the homeless, mentally ill, addicted and marginalized in the area has effectively created a skid row along the first few blocks of Leon Avenue.

Csek moved her multimedia businesses, Csek Creative and KelownaNow.com, from the corner of Leon Avenue and Pandosy Street to the Landmark 6 tower in the middle of town.

“It was a decision we made because of the challenges downtown in that location and company growth,” said Csek.

A 2018 chamber survey of 200 businesses found 82% had increased concern over safety and security.

Sixty per cent had suffered some sort of negative economic impact from increased spending for security and property damage to loss of customers or loss of employees.

For the most part, customers and employees are scared off going to businesses where they might encounter homeless people, those with obvious mental issues and addictions, drug sellers and users, and any other criminal or fringe element.

There may be few cases of actual physical violence between the fringe and business owners, customers and employees, but there have been verbal altercations, an overriding discomfort and perception that things are going downhill fast.

“The Downtown Kelowna Association is again disappointed with BC Housing’s announcement that Cornerstone will remain in operation,” reads the group’s Friday news release.

“The association continues to believe a large low-barrier homeless shelter like Cornerstone should not be located in the core of Kelowna’s downtown, in close proximity to numerous other social services on Leon Avenue. This concentration of social services has contributed to numerous difficulties for the Downtown Kelowna Association’s member businesses over the past 18 months, including an increase in illicit drug activity and vandalism.”

Both the chamber and Downtown Kelowna Association would like to see the decentralization of homeless shelters and services so there are smaller facilities all over the city.

BC Housing and the city tend to agree, but say supportive housing in different locations can’t be built fast enough.

In the meantime, Cornerstone has to stay open to serve the marginalized, according to the city and BC Housing.

“We understand and share the frustration of the community around the Cornerstone shelter, but if we close now, it would pose a greater risk of impact to the community and the residents of Cornerstone,” said the city’s director of community safety, Lance Kayfish.

“Not only are people provided with shelter, but the supports inside the shelter save lives.”

Since 2008, 390 supportive-housing units have been built in Kelowna, but 500 people remain on waiting lists.

Formerly homeless people have moved into Hearthstone supportive housing on Commerce Avenue and Heath House on Highway 97 over the past seven months.

And more will be housed when supportive units on Agassiz Road and McIntosh Road are finished.

The city’s news release goes on to say there’s a gap between housing needed and housing available, and that Cornerstone, despite its challenges, is meeting a significant need in the community.

“Shelter is a basic need for human health, providing people with a safe place to rest and be protected from environmental hazards,” said Interior Health’s medical health officer, Silvina Mema.

“Additionally, in light of the ongoing illicit opioid overdose public health emergency, the shelter provides a safe space for people to be supervised and get connected to life-saving services.”