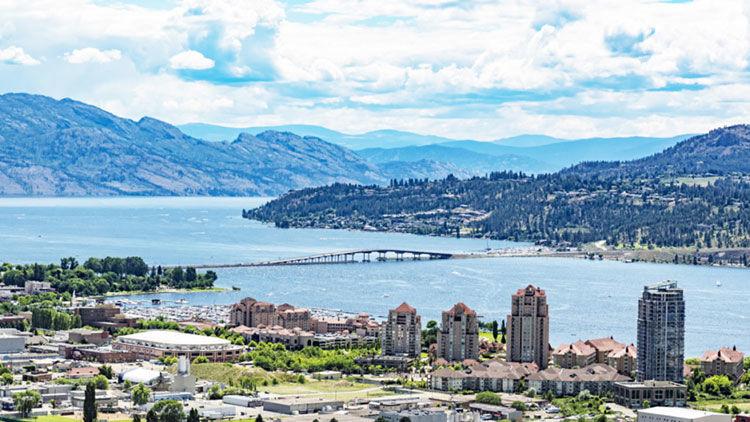 Western Investor has ranked Kelowna as Western Canada’s No 1. city for real estate investors for 2020. 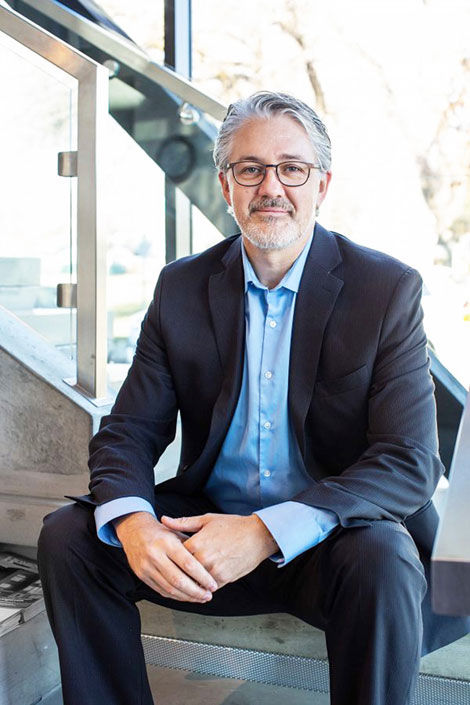 Kelowna is being noticed for its booming residential highrise, office and industrial sectors, according to Jeff Hudson of HM Commercial Real Estate Group.

Western Investor has ranked Kelowna as Western Canada’s No 1. city for real estate investors for 2020.

Kelowna is being noticed for its booming residential highrise, office and industrial sectors, according to Jeff Hudson of HM Commercial Real Estate Group.

Kelowna has been ranked the hottest city in Western Canada for real estate investors for 2020.

Western Investor, a leading source of commercial real estate, franchising and business opportunity news in B.C., Alberta, Saskatchewan and Manitoba, put Kelowna at the top of the list for a myriad of reasons. They include construction of condominium and office towers, a growing population and economy, a call centre, an industrial sector that’s on fire and a busy airport.

After Kelowna, Western Investors’ top-five list includes Prince George at No. 2, Chilliwack in third, Lethbridge, Alta., at No. 4 and Moose Jaw, Sask., in fifth.

He notes the industrial vacancy rate is at a record low 0.7%.

That’s why the light industrial strata space at the under-construction complex by PC Urban on the former Enterprise Steel site at Enterprise Way and Dilworth Drive is being snapped up at $300 per square foot.

The 25-storey Brooklyn tower at the corner of Bernard Avenue and St. Paul Street is under construction and will include ground-level shops.

The two other towers to come in the Bernard Block development will include a condo highrise with more street-level retail and an office highrise.

What will be Kelowna’s tallest buildings are also under construction.

The East and West towers of One Water Street will soar to 29 and 36 floors, respectively.

The 20-storey Ella condo tower at the corner of Ellis Street and Lawrence Avenue is nearing completion and fetching prices of $680,000 for a two-bedroom unit and almost $2 million for a penthouse.

The 14-storey Parc condo tower behind Prospera Place is also well under construction.

Kelowna’s metropolitan population of 195,000 (including West Kelowna, Lake Country and Peachland) makes it the third largest city in B.C. behind Vancouver and Victoria and the 22nd biggest in Canada.

Yet, it has the second busiest airport in B.C., behind only Vancouver International, and the 10th busiest in Canada.

“We are now over two million passengers a year at Kelowna airport,” said Hudson.

The bustling facility has attracted two airport hotels: the already-open Four Points by Sheraton and an under-construction Hampton Inn & Suites.

What will become the city’s tallest office building, the 24-storey Landmark 7, is being built with a spring 2022 completion in sight.

It will eclipse Kelowna’s current tallest office building across the street, the 18-storey Landmark 6.

Tolko announced it will permanently close its Kelowna lumber mill, putting 200 out of work, and home sales and prices slumped in 2019 and are expected to stay stagnant in 2020.

Prince George, the self-styled capital of Northern B.C., was ranked No. 2 for its economic growth of 1.5% this year and forecasted growth of 1.7% for next year, and for its upcoming Highway 97, school and LNG pipeline construction.

Chilliwack, at No. 3, has a new $200-million Molson Coors brewery and active industrial and retail sector.

No. 4 Lethbridge was included because its diversified economy continues to grow underpinned by agriculture, not hard-hit oil and gas.

At No. 5, Moose Jaw will be home to a new industrial park for agricultural giant Carpere Canada and SaskPower's new 350-megawatt natural-gas power plant.