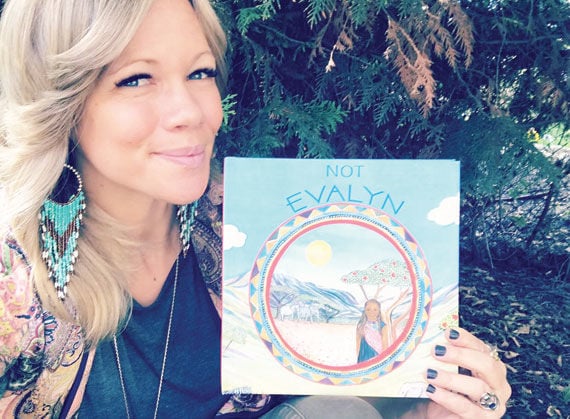 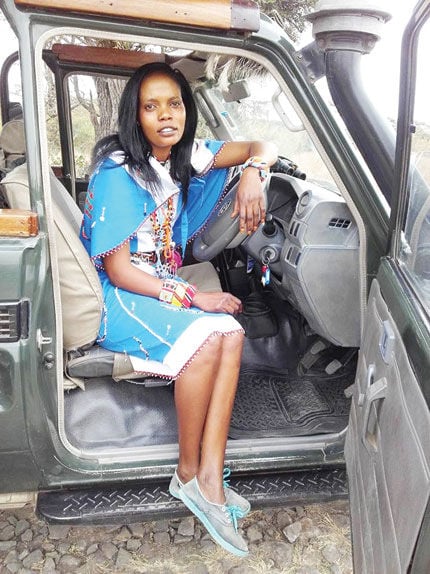 Evalyn Sintoya is the subject of the children’s picture book “Not Evalyn.”

Evalyn Sintoya is the subject of the children’s picture book “Not Evalyn.”

It all started when the goats ran away.

Eight-year-old Evalyn Sintoya was meant to be tending the herd in the bush near her village in Kenya.

Yet, she dared to go to school instead, leaving the goats to roam free.

And all hell broke loose.

Her older brothers managed to round up the herd, but Evalyn was ousted from her family and her village for defying the rural African tradition that girls forgo an education in favour of household and agricultural chores.

While this tale is told in simple prose in a colourful, 48-page children’s picture book, it is true.

And the story, “Not Evalyn,” is written by Kendra Jade Anderson of Kelowna, who met and collaborated with Evalyn to produce the book as a motivational fundraiser.

“It’s a heroic story of bravery and perseverance,” said Anderson, a wife and mother of two boys.

“Evalyn’s story can inspire girls, boys and adults — anyone who reads the book.”

It’s also a book of hope, reconciliation and success.

It’s on one of those safaris that Anderson meets Evalyn and the idea for the fundraising book is sparked.

That safari was two years ago, and Evalyn is now 28 and ready to be an international role model.

“I’m not a novelist,” said Anderson, “but a picture book (the watercolour illustrations for “Not Evalyn” are by Australian artist Ingrid Bartkowiak) was the perfect way for Evalyn and I to get the story across quickly to target and inspire girls.”

The book tells how, at age eight, Evalyn moves in with her childless aunt 15 kilometres away and still has to do chores, but is allowed to go to primary school.

She passes with flying colours, but can only continue on to secondary school if she finds a sponsor to pay her tuition and board.

A sponsor from Mexico is found, but money is still tight.

She shares a bucket and soap with another girl and writes on the other side of pages in discarded notebooks for her lessons.

Upon graduation from high school, she visits her family and tells them of her plan to go to university in Kenya’s capital of Nairobi to become a safari guide.

Evalyn’s dad has come around, gives her a cow to sell to help pay for tuition, and she’s off.

Now on safari, she drives tourists in jeeps, another first for a woman guide because females usually aren’t allowed behind the wheel.

That’s where Anderson and her family met Evalyn after doing some charity work to install running water, toilets and showers in a girl’s school in another part of Kenya.

Anderson’s parents are Ken and Janine Fisher, who live in Kelowna and used to own the chain of 100 Chatters hair salons across Canada.

Chatters supplier AG Hair has the OneGirlCan.com charity that has built six schools for girls in Kenya and Uganda.

AG encourages associate businesses to support OneGirlCan.com, which is how Anderson and her family found themselves in Africa.

The family has since sold Chatters and now has the Tommy Gun’s chain of barbershops, which provides scholarships for African girls to go to university.

All profits from the sale of “Not Evalyn” books will go to OneGirlCan.com for high school and university scholarships.

By the way, the book is titled in response to parents who tell their daughters that girls don’t go to school.

The girls can answer: “Not Evalyn.”

Not Evalyn is self-published with Tellwell of Victoria, which does all the online marketing for the book and gets it listed for sale on Amazon.ca, Chapters.Indigo.ca, BookDepository.com and BarnesAndNoble.com.

It sells for $20 for paperback and $30 for the hardcover.