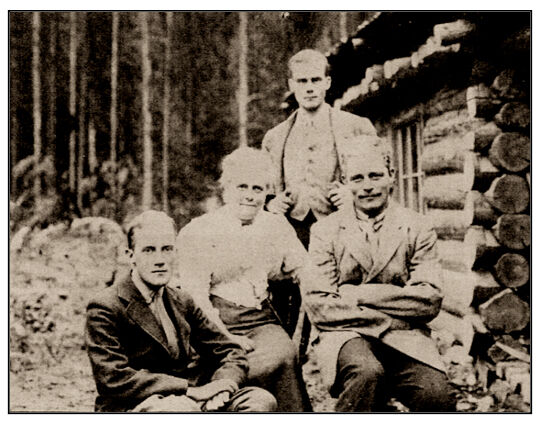 The Stocks family at their remote Okanagan home. From left, Lumb, Emily, Arthur and Alfred. 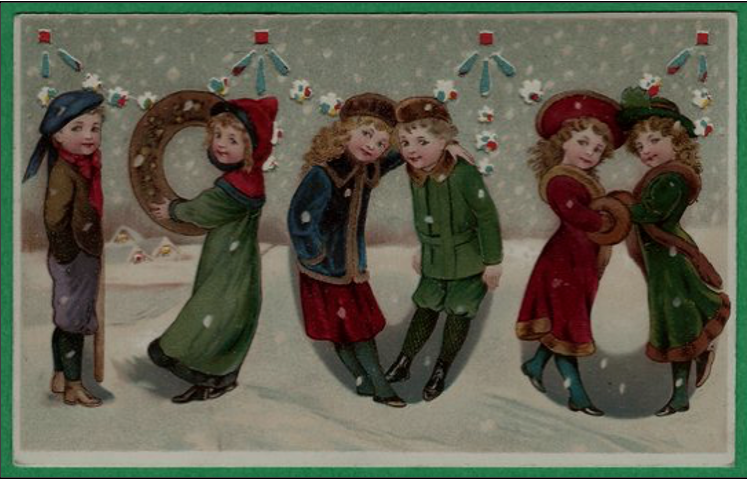 A 1908 Christmas greeting from England.

The Stocks family at their remote Okanagan home. From left, Lumb, Emily, Arthur and Alfred.

A 1908 Christmas greeting from England.

Christmas is a time of memories, involving family and friends, home, and traditions. This year, many family traditions and get-togethers will be put on hold as the planet endures the COVID-19 pandemic, trying to bring the contagion under control.

As we prepare for a Christmas unlike those which we have previously celebrated, there is comfort and solace in knowing that we will, sometime in the future, once again have our Christmas gatherings and celebrations, if we stop the spread of the coronavirus.

Experiencing change and separation at Christmas is not new. Immigrants to Canada left behind their families and traditions, as they established themselves in their chosen land. In many instances, many never again celebrated the Yuletide with friends and family in “the old country.”

One year of COVID-19 suddenly seems much less daunting.

What follows is Arthur Stocks’ account of Christmas 1908, his first Christmas in Canada.

The article below, an excerpt from “Westside Settlement/The Personal Narrative of Arthur M.B. Stocks.” was published in the “31st Report” of the Okanagan Historical Society (1967):

“I sailed from Liverpool on the steamer ‘Empress of Ireland’ in December, 1908. After a rough Atlantic passage, train across Canada, a slow mixed train from Sicamous to Okanagan Landing where I arrived the day before Christmas. At the landing I boarded the sternwheeler Aberdeen for the voyage to Nahun.

“Leaving Okanagan Landing, the sternwheeler Aberdeen criss-crossed the lake to disembark a passenger, to leave packages, mail sacks, boxes and large stone jugs at nearly every wharf. And it was not long before I learned more about the contents of those crocks.

“There was a man and a dog in the creaky wharf at Nahum. The sight did not impress me. It was cold, snowing, and I began to wonder what I was getting into. The man greeted me, introduced himself as H.B. Kenard (Howard Bruce Kennard). He told me my brother would be down in the morning and in the meantime I was to stay with him.

“He, I was soon to learn, was storekeeper, postmaster, in fact general factotum, councillor and good friend to everybody. The son of an English parson, he had come from Iowa to prospect.

“So this was the Okanagan. It was Christmas Eve, snowing and blowing, the lake and the sky the color of lead, the land smothered in white. My thoughts strayed back to England, to the merriment, to the carol singers in my home village. And even a dram from the stone jug, which contained Hudson’s Bay rum, did nothing to raise my spirits. I was home-sick.

“It was still snowing, still blowing, on Christmas Day, the lake (Okanagan) was rough, ice was piled in windrows along the beach. At mid morning my brother, Alfred, with two companions, came kicking through the snow down from their hillside home which was nearly 2,000 feet above the lake. My brother’s arrival brightened things a bit and after a good bachelor Christmas dinner, spiked with buttered rums, we started back through the snow. It was a two hour climb.

“When I look back to that first Christmas Day in Canada, nearly sixty years ago, I remember it as the toughest day of my life.

“I was soft, I had never carried a pack, and even though mine was only half the weight the others carried, even though the trail was broken, I felt sure that I would never reach the top. It gets dark early in winter, earlier still when it is snowing, and before the cabin was reached my companions were striking matches to find the blazed trees which marked the trail.”

My heart aches for Arthur Stocks, as I read his description of his first Canadian Christmas. He was only 18 years old in 1908, when he left behind the love and comfort of his English hearth, home, and family, and faced the challenges of the Canadian wilderness. Arthur Stocks’ wistful home-sickness is clearly palpable and completely understandable.

Arthur’s father, Philip Stocks, was in poor health when he arrived in the Okanagan. It was necessary to carry him off of the “Sicamous” when it docked at Kelowna.

The Thursday, Nov. 26, 1914, edition of the “Kelowna Courier and Okanagan Orchardist” reported on page five that “The Rev. Mr. Stocks held the chaplaincy of the Church of the Resurrection in Brussels (Belgium) until after the commencement of the war when through a breakdown in health he was obliged to resign his position. It was then but natural that he should come to Kelowna and effect (affect) a family re-union.”

Reunited after years of separation, the Stocks family celebrated Christmas 1914 together, in the comforts of the sons’ remotely located home on the west side of Okanagan Lake. And so began the Stocks family’s new traditions in their chosen land.

Christmas of 1908 was a difficult time for 18-year-old Arthur Stocks, just as Christmas 2020 is a challenging one for us, as we confront the worldwide pandemic, doing all that is required to survive. History shows us that Arthur Stocks (1890-1978) survived his first Canadian Christmas, far from his parents and homeland. He settled in the Canadian wilderness and was later reunited with his family.

And so, I wish all of you a safe and healthy Yuletide, especially those unable to be with family and friends during this festive season.

This article is part of a series, submitted by the Kelowna Branch, Okanagan Historical Society. Additional information is always welcome at P.O Box 22105 Capri P.O., Kelowna, BC, V1Y 9N9.