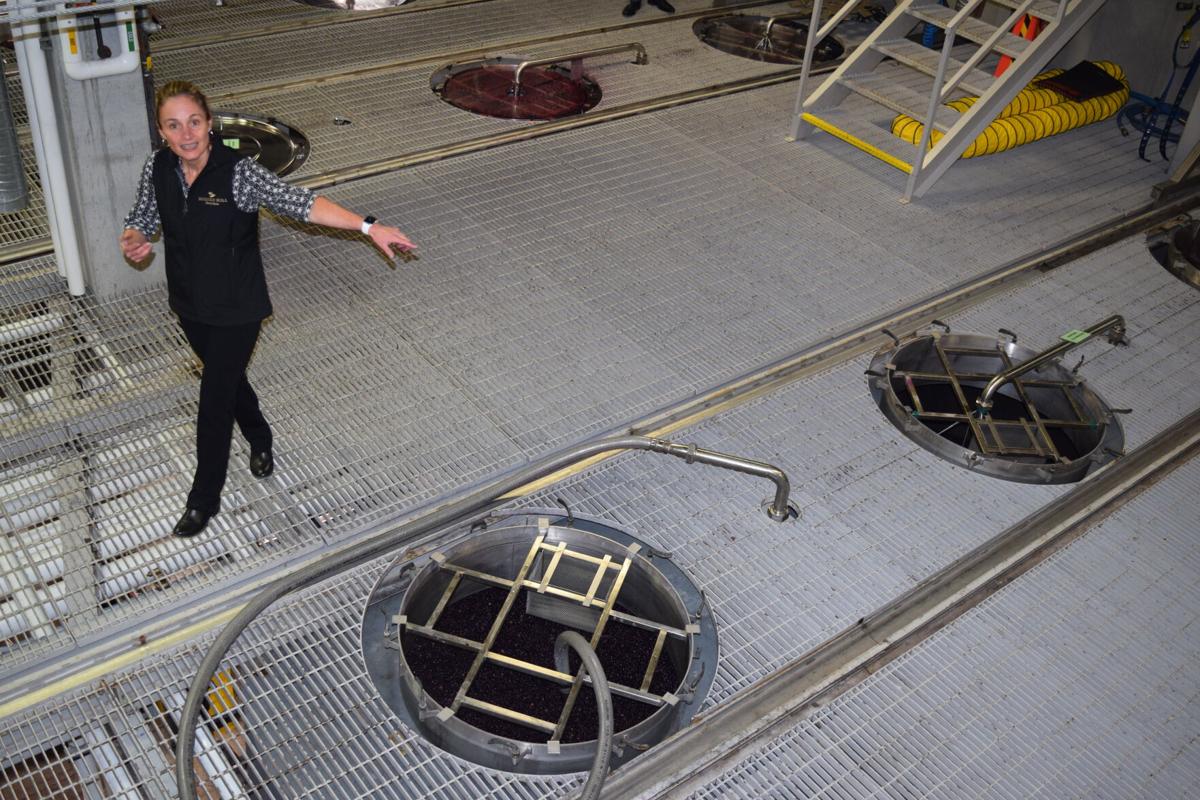 This is the view from the catwalk above the production facility at Mission Hill Family Estate in West Kelowna. 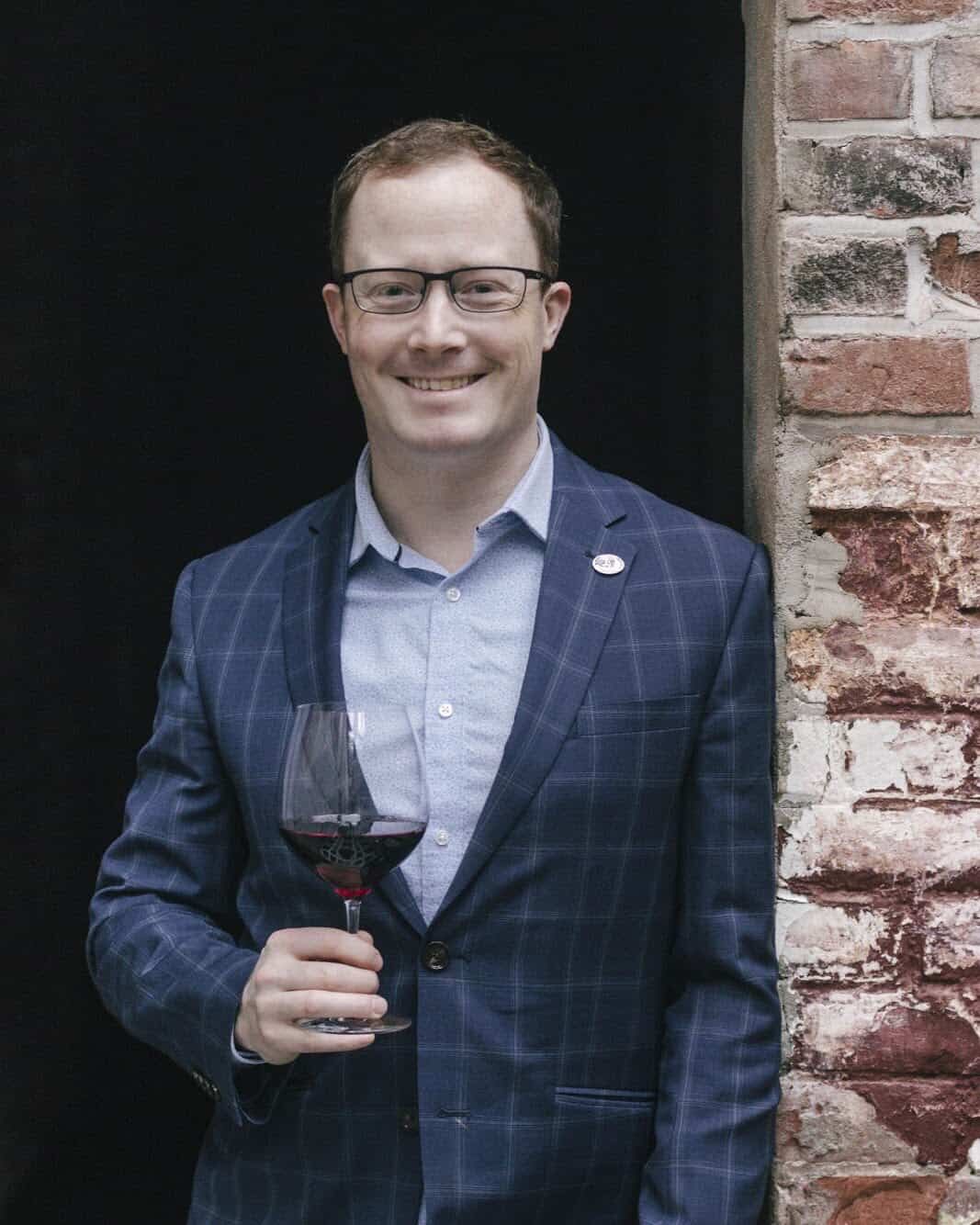 This is the view from the catwalk above the production facility at Mission Hill Family Estate in West Kelowna.

This catwalk has nothing to do with the runways that models generally strut their stuff on.

This catwalk is the narrow metal bridge through the rafters of the wine production facility at Mission Hill Family Estate in West Kelowna.

My wife, Kerry, and I are part of a group touring the winery during the recent fall wine pickup party for Privilege Club members.

The tour included the standard walk around the grounds and through the cellar, but then it was into the production warehouse to taste Merlot that had only been fermenting in barrel for 20 days.

And then it was up a metal staircase, single-file, and onto the catwalk for a unique view of the facility.

This is where winemakers and production workers usually come to adjust hoses and equipment.

But for us, it’s simply a cool experience to hang out where the public usually never gets to go.

Below us, winemaker Corrie Krehbiel is standing on the metal platform on top of the stainless steel tanks full of fermenting Syrah.

The tanks have open tops to see aerators at work.

Mission Hill builds a special activity into every pick-up party, so no two are ever the same.

In the past, drones have been flown to demonstrate how grapes are monitored from the air and there have been tastings between vineyard rows.

Also at the fall event, there were tastings of 2019 Jagged Rock Vineyard Sauvignon Blanc-Semillon ($35), which Mission Hill chief winemaker Darryl Brooker described as a versatile fall and winter white.

It was also the 20th anniversary of Oculus, Mission Hill’s flagship red Bordeaux blend that was the first Okanagan wine to break the $100 price barrier.

The inaugural title of Wines of British Columbia Top Sommelier goes to Andrew Forsyth of L’Abattoir restaurant in Vancouver.

Forsyth was crowned at the Chef Meets BC Grape Somm Smackdown, which had to be held virtually because of the COVID-19 pandemic.

Three somms qualified for the smackdown by winning regional written-exam-and-tasting contests in Victoria, Vancouver and Calgary.

And then they were put to the test in the final, pairing wines to dishes prepared by chefs from Okanagan winery restaurants.

Wine-and-food packages were delivered to judges’ homes so they could evaluate the pairings and follow along with the somms and chefs on a Zoom call.

Four of the 12 judges were from the Okanagan — Audrey Surrao from RauDZ Regional Table, Micro Bar+Bites and Sunny’s Modern Diner, all in downtown Kelowna; Mark Filatow from Waterfront Wines restaurant in Kelowna; Matt Wentzell from Kelowna’s Experience Wine Tours; and Master of Wine

Top somm is expected to become an annual event put on by the Kelowna-based BC Wine Institute and the Canadian Association of Professional Sommeliers.

The inaugural contest was also part of 30th anniversary celebrations of the BC VQA (Vintners Quality Alliance) program.

celebration of food and drink in Whistler looks and feels different this year due to the pandemic.

Rather than big tastings, receptions and parties, Cornucopia will feature a wide-ranging selection of small, intimate ticketed experiences, such as drink seminars and wine-paired dinners.

The festival started last night and continues over long weekends until Nov. 29.

While the events are in Whistler, there’s lots of Okanagan participation.

The drink seminars will include wine, craft beers, ciders and spirits from the Valley.

Many of the dinners will feature Okanagan wines.

Oyama Sausage has its own event.

The Grand Crew Collective will host a tasting of wines from member wineries, all of which are from the Okanagan and advocate sustainable farming and small-lot winemaking.

If Okanagan residents head to Whistler for part of Cornucopia they can take advantage of special pricing on a two-night-stay-with-Friday-evening-wine-paired-dinner package starting at $128 per person, per night.