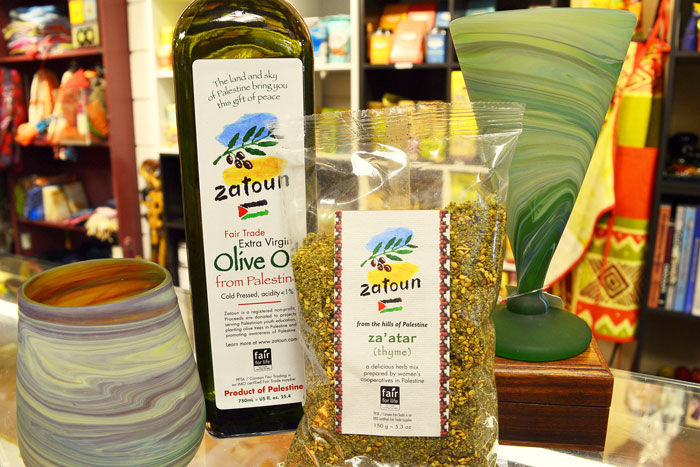 Zatoun olive oil from Palestine is for sale in Kelowna at Globally Fair, through a representative and online. 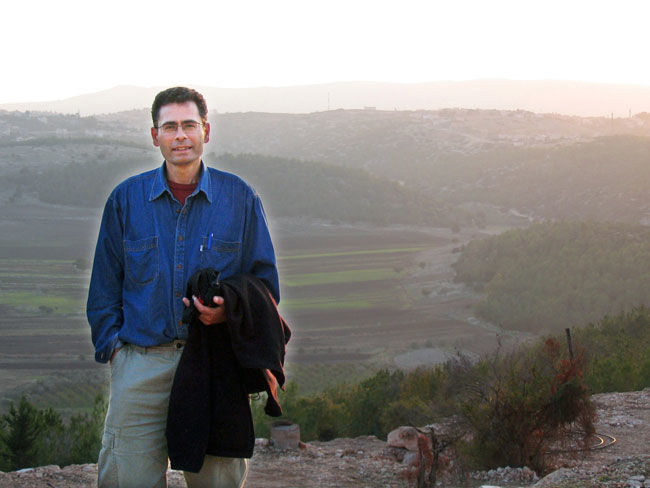 Robert Massoud of Toronto is coming to the Okanagan to promote fair-trade, organic Zatoun olive oil from Palestine and peace between Palestine and Israel.

Zatoun olive oil from Palestine is for sale in Kelowna at Globally Fair, through a representative and online.

Robert Massoud of Toronto is coming to the Okanagan to promote fair-trade, organic Zatoun olive oil from Palestine and peace between Palestine and Israel.

It’s touted as peace in an olive oil bottle.

Massoud uses olive oil as an entree to speak with people because food, especially artisan food products, is a connector for people.

Massoud’s goal isn’t to convince people to pick a side in the Palestine-Israel conflict, but to support Palestine’s 1,700 small-scale farmers and peace in the world.

Zatoun is the Arabic word for olive, a universal symbol of peace, warmth, light and divinity.

Massoud also picked the name because the olive is also a symbol of Palestine and is widely grown in the West Bank and Gaza Strip regions, where many Palestinians live and grow olives.

Massoud’s talks will cover the Zatoun story, fair trade, colonialism, Zionism, Israel-Palestine peace and the Holy Land, depending on what topic the event host group is interested in.

On March 2, Massoud speaks at UBC Okanagan at 4:30 p.m. The title of his presentation will be More than Fair Trade: A Zatoun Case Study.

Massoud gives the same presentation at 7 p.m. March 3 at the Kelowna campus of Okanagan College.

At 2 p.m. March 3, Massoud covers a different topic at First Mennonite Church with a talk titled Get on Board the Israel-Palestine Peace Train.

The topic is similar when he presents What’s Holding Up the Israel-Palestine Peace Train on March 4 at First United Church, beginning at 7 p.m.

On Saturday at Winfield United Church, the topic is Settler-Colonialism, beginning at 9 a.m.

Massoud’s other stops are in Penticton (Land of Miracles,

10 a.m. at Oasis United Church) and Summerland (Settler-Colonialism, 2 p.m. at the Summerland Arts & Culture Centre) on March 1; three talks in Vernon on March 5 and 8; three in Kamloops on March 6; and Salmon Arm on March 7.

All of the talks are free to attend, but donations are welcome.

For all events, Massoud will be accompanied by Debbie Hubbard of Kelowna, who is a member of Canadians for Justice and Peace in the Middle East, Amnesty International and First United Church.

Hubbard will also bring along Zatoun extra-virgin olive oil for sale at all stops for $20 for a 750-millilitre bottle.

Hubbard is also the year-round Zatoun representative in the Okanagan. She sells the olive oil by the bottle and the case.

You can pick the oil up at First United Church or from Hubbard, or she or one of the others in the network in the Okanagan will deliver.

Proceeds from the sale of the certified fair-trade and organic oil go to support Palestinian farmers, olive press operators, bottlers, printers, carton makers and labourers; to women who have lost their husbands to war, injury or imprisonment; to Palestinian youth in refugee camps; for planting more olive trees; and promoting awareness of Palestine.

You can also buy it online at Zatoun.com.