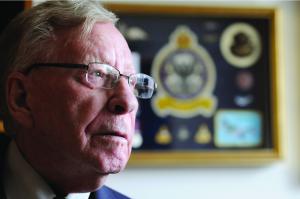 F/Lt. Dick (Sandy) Sanderson flew dozens of missions as a pilot during the Second World War. 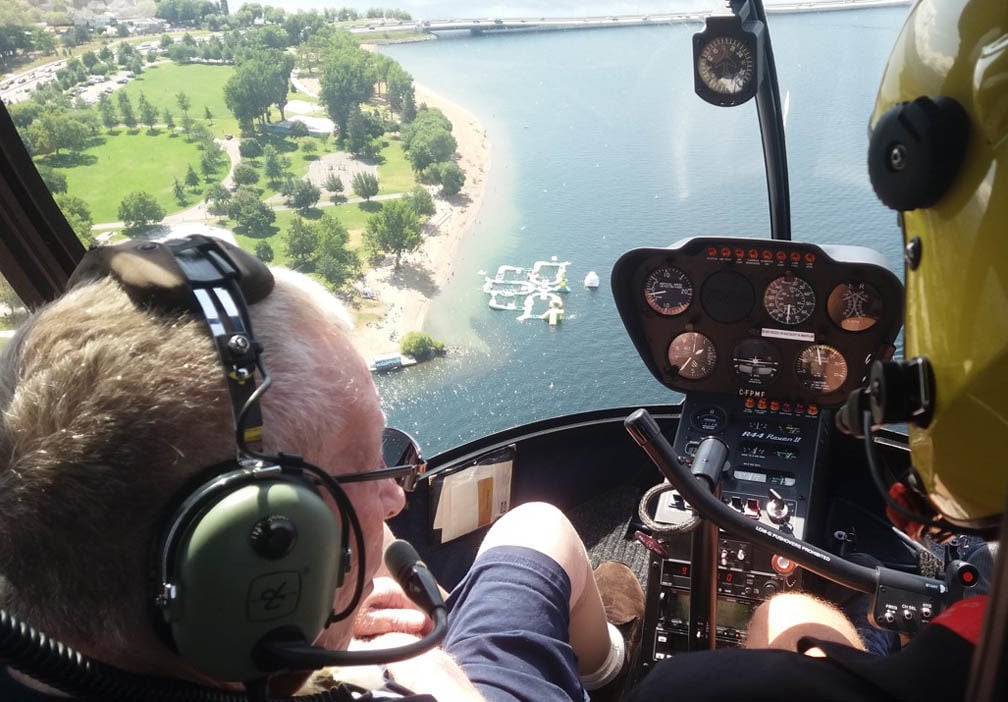 RCAF pilot Dick Sanderson fulfilled his wish to fly in a helicopter over Kelowna this week. Even though he flew 42 missions in a fighter bomber over occupied France in the Second World War, the 98-year-old had never boarded a chopper. 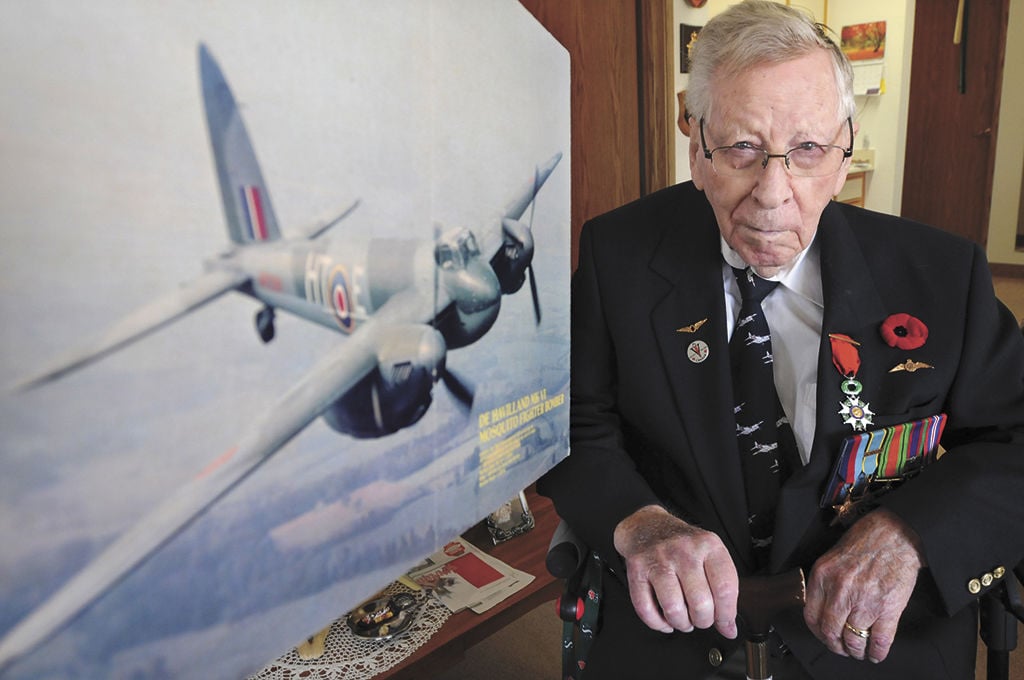 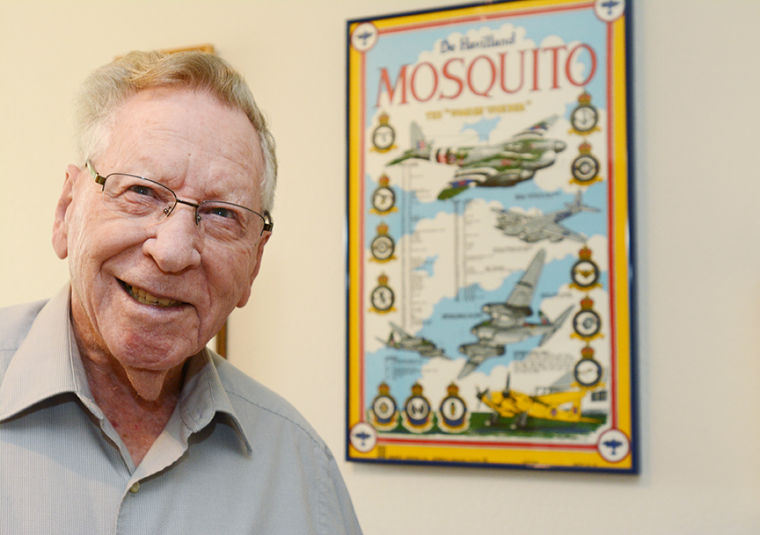 F/Lt. Dick (Sandy) Sanderson flew dozens of missions as a pilot during the Second World War.

RCAF pilot Dick Sanderson fulfilled his wish to fly in a helicopter over Kelowna this week. Even though he flew 42 missions in a fighter bomber over occupied France in the Second World War, the 98-year-old had never boarded a chopper.

Dick Sanderson, one of the longest-living Canadian pilots to fight Nazis in the Second World War, has died in West Kelowna.

A decorated veteran, Sanderson had been living at Brookhaven Care Centre when he drew his last breath with his daughter Diane by his side June 13. He was 98 and still cognitively sharp, but reluctant to divulge much about the war years with his family.

“He told specific stories over and over. When you asked him questions, he wasn’t as forthcoming,” said his son Kevin Sanderson.

F/Lt. Albert Richard (Dick) Sanderson flew 42 sorties over Nazi-occupied France in an RAF Mosquito bomber. Among his missions was joining the first wave of bombers to soften the Nazi defences before the Allies began their seaborne assault on Normandy during the D-day invasion on June 6, 1944.

Another was dodging anti-aircraft fire by pitching his fighter-bomber left and right to keep the gunmen on the ground guessing where to aim. The tactic worked until the flak struck the fuselage.

““The beggars nailed us,” Sanderson recalled in 2017. “(We were) flying along, everything seemed to be good with no search lights, and all of a sudden ‘Boom!’ The whole aircraft and the instrument panel, everything, all lit up. It was just like daylight. They coned us perfectly.”

The blast knocked out the hydraulics, but Sanderson was able to steer the plane out of danger. He “opened up on them” with short bursts of machine-gun and cannon fire as he waved around the nose of the aircraft.

He’s not sure if he killed the fighters shooting at him, but the ground-fire stopped. He continued his dive and dropped two bombs. An Allied pilot later reported seeing two holes in the main building of the marshalling yard.

“So we must have got it,” Sanderson said. “We were the only ones who got there up to that time.”

A quiet but witty man with a quick smile, Sanderson was more candid about the war with reporters than with his four children. They discussed him deeply as they gathered in West Kelowna to grieve and go through his possessions.

“He was tough as a dad. I think he mellowed as he got older,” said Diane Thacyk, his only daughter. “It seemed more war stuff came to the forefront . . . in 1988 when (Dick and his wife Bernice) moved to Kelowna.”

Thacyk recalled her aunt, Sanderson’s sister, remarking decades ago that “the boy who went away to the war was not the man who came back.” Thacyk became upset, she said, but later realized the violence and stress of war must have affected her father profoundly.

A Saskatchewan farm boy, Sanderson became a successful businessman after he returned from Europe. He and Bernice, who died last year, moved to the Okanagan for the climate. He was active in service clubs and organizations like the Second TAF Medium Bomber Association, the Mosquito Air Crew Association and the Royal Canadian Legion.

Last summer, he fulfilled a lifelong dream — flying in a helicopter for the first time. George Cann, the chopper pilot who granted Sanderson’s wish, was thrilled after flying him over Kelowna, calling him “the most amazing pilot” he’d ever flown with.

“The courage and the talent that it would take to survive all that and be here to tell the story today is stunning,” he said

Besides his children Rick, Barry, Kevin and Diane, Sanderson leaves 10 grandchildren and 18 great grandchildren. His remains will be interred in Regina.