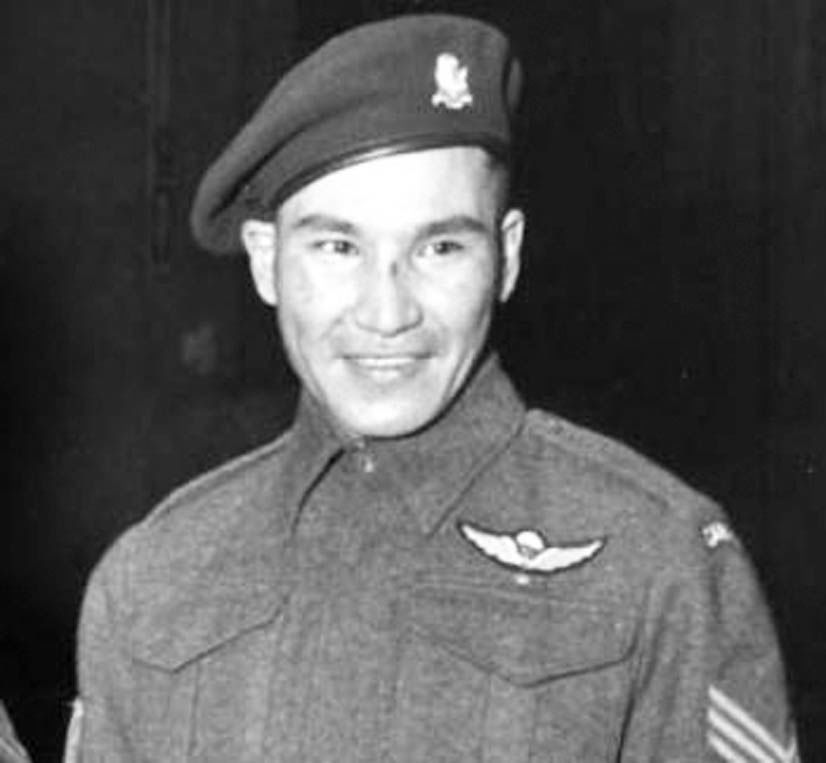 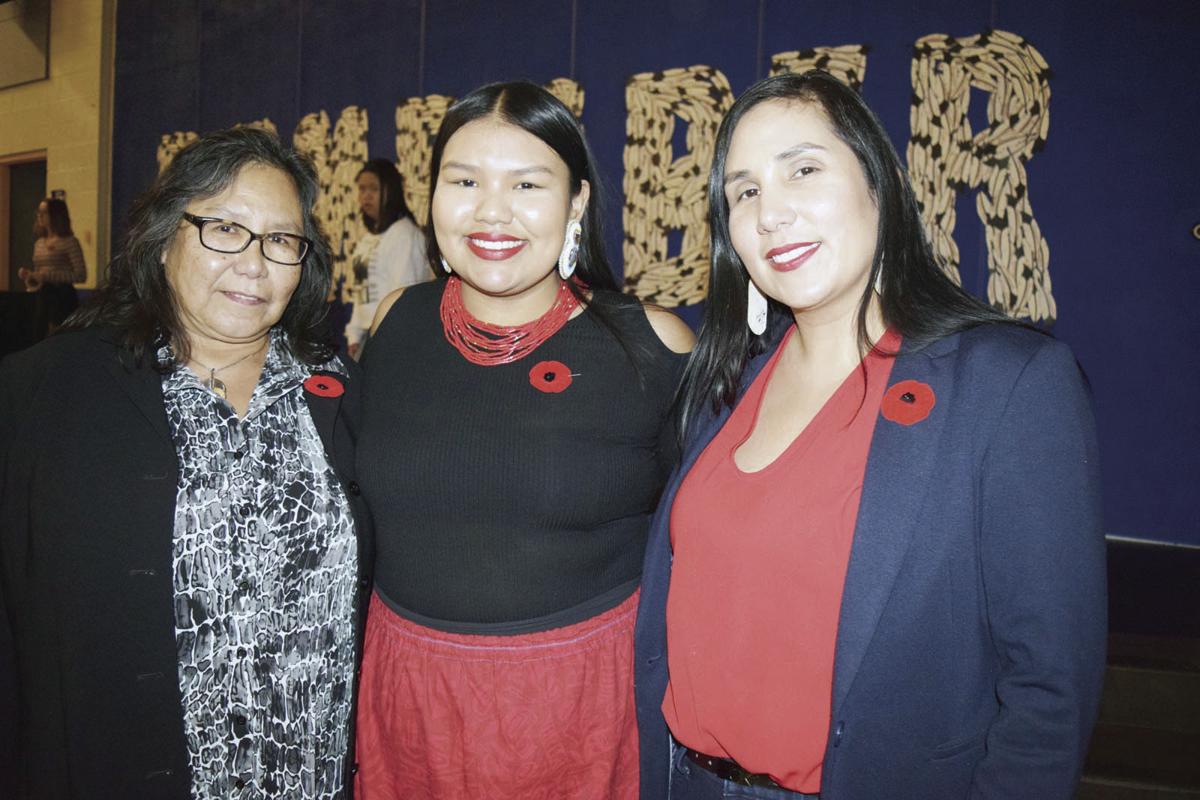 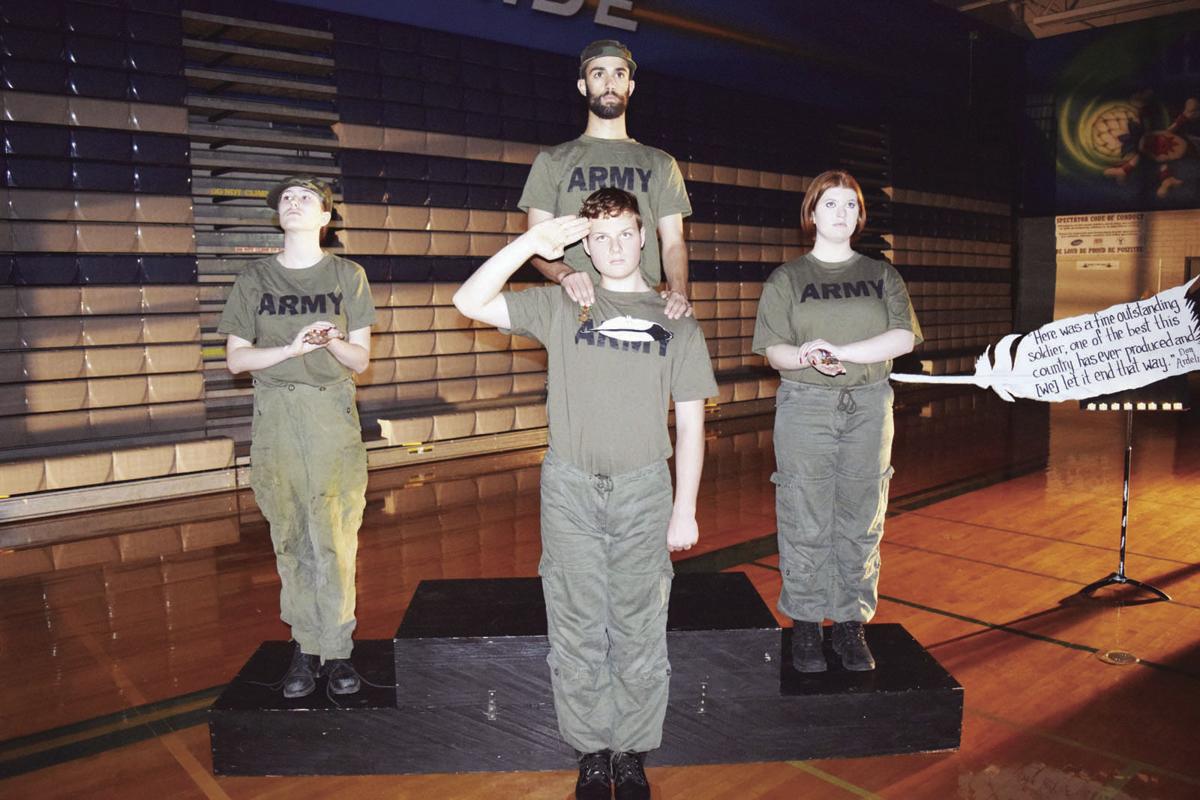 Tommy Prince, Canada’s most-decorated Indigenous war hero, died homeless in Winnipeg in 1977 at the age of 62.

It’s a startling and important story of contrasts that has to be told in this time of Canada’s reconciliation with Indigenous Peoples.

And this story has a strong Okanagan tie-in, with three generations of Prince’s descendants now living in West Kelowna.

“Of course, it’s beautiful to see my grandfather remembered and recognized in this way,” said Crystal Prince, who used to work at Rutland Senior Secondary and is now Indigenous cultural co-ordinator with Central Okanagan Public Schools.

“But, it’s also gratifying to see the reconciliation and the shift to more inclusion of Indigenous students and culture in our school.”

The video ran through how Prince was born in Manitoba in 1915 and was routinely rejected for military service because of racism.

He was finally accepted in 1940 as the Second World War raged.

As part of the Royal Canadian Engineers and Parachute Battalion, he became a sergeant and completed an important mission installing communication lines while posing as a peasant farmer in Italy right in front of German soldiers.

In France in 1944, he walked 70 kilometres behind enemy lines to help capture German camps.

He was awarded eight medals for his service in the Second World War, including being called to Buckingham Palace to receive the Military Medal and Silver Star from King George VI.

Prince returned to Canada in 1945 to find the cleaning business a friend was supposed to be looking after had gone bust.

He also experienced more racism from the federal government as Aboriginal war veterans were denied many of the benefits other vets received.

His total of 11 medals over two wars makes him the most decorated Canadian Aboriginal war veteran.

He returned to Winnipeg and worked odd jobs, but at the time of his death he was living at a Salvation Army shelter.

The rest of the interactive experience at Rutland Senior Secondary saw students walking from station to station in the gyms where theatre students acted in military formations, medal ceremonies, prisoner camps, interpretive performances and a finale in the foyer. The finale featured students on stage with a huge Remember sign behind them while the Sarah McLachlan song “I Will Remember You” played.

“This is the third year we’ve done a Remembrance Day Experience like this instead of a regular service, because it connects and resonates with students in a more meaningful way,” said Rutland Senior Secondary drama teacher Jo Ward.