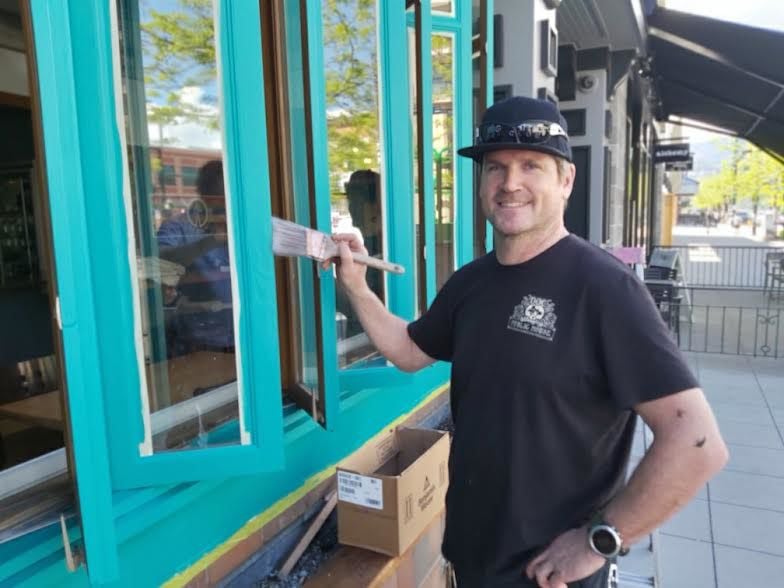 Doc Willoughby's pub on Bernard Avenue in downtown Kelowna has re-opened for the first time since mid-March. Owner Dave Willoughby, shown here Tuesday, has used the downtime to spend thousands on business updates and renovations. 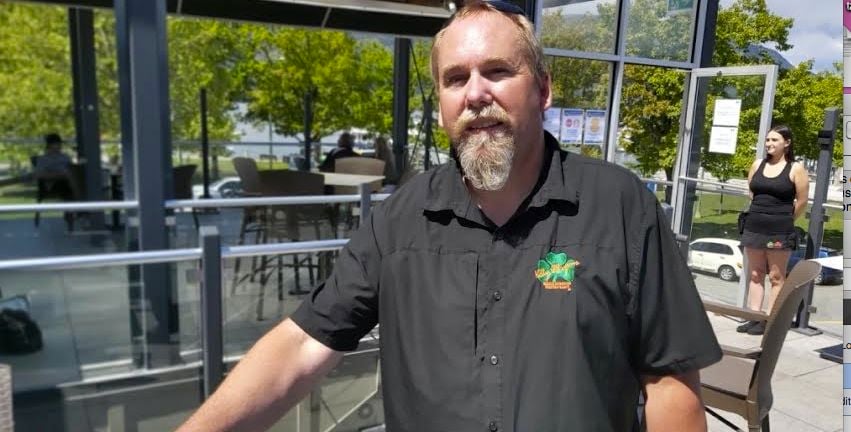 Geoffrey Blower, owner and general manager of Kelly O'Bryan's restaurant in downtown Kelowna, is shown Tuesday on the patio of the newly re-opened business.

Doc Willoughby's pub on Bernard Avenue in downtown Kelowna has re-opened for the first time since mid-March. Owner Dave Willoughby, shown here Tuesday, has used the downtime to spend thousands on business updates and renovations.

Geoffrey Blower, owner and general manager of Kelly O'Bryan's restaurant in downtown Kelowna, is shown Tuesday on the patio of the newly re-opened business.

The restart of Kelowna's restaurants offered an appetizing array of choices Tuesday with the promise of a full course of dining options in the days ahead.

Only a few restaurants opened for business, and under conditions that would have seemed otherworldly two months ago, but the prevailing moods were of relief and hope.

Relief that a two-month shutdown for a sector that employs thousands of people in Kelowna is finally over.

And hope that some of the heavy financial losses suffered since mid-March can be quickly recovered with a surge of customers eager to escape the doldrums of being a house-bound foodie.

"It is amazing to be back. We're so happy," said Geoffrey Blower, owner-manager of Kelly O'Bryan's restaurant and pub on Bernard Avenue. "And I think the people of Kelowna want to be out and about. I think they're going to be coming back hard and heavy."

Across Bernard Avenue, there was a similarly optimistic outlook offered by Dave Willoughby, owner of Doc Willoughby's pub.

He's used the enforced closure to do thousands of dollars of renovations to the business, and he's eager to present the fresh look of the long-established pub to repeat and new customers.

"It's not been too crazy yet, which is good, because it gives us a chance to get our feet wet again and get the kitchen fired up," Willoughby said about 90 minutes after the 11 a.m. opening.

"I think there's a large contingent of people that are really eager to get going out again," Willoughby said. "And we're really proud to show off our new look."

Tourism Kelowna's website lists 90 restaurants in the area, about a third of which are downtown.

Using an apparently broader definition of restaurant, the Downtown Kelowna Association says if someone ate breakfast, lunch, and dinner at a different place, you wouldn't eat at the same place downtown in more than a month.

When the government ordered all restaurants, pubs, and nightclubs in B.C. to close in mid-March to try to slow the spread of COVID-19, the economic impact was widespread and profound.

By early April, more than 120,000 food service workers had lost their jobs in the province, according to the BC Foodservice and Restaurant Association. The food service sector contributes $15 billion to the province's economy, equal to five per cent of provincial GDP.

With COVID-19 infection rates falling, restaurants have been allowed to re-open but only at 50 per cent of previous capacity.

Stringent new cleaning and sanitizing protocols are in place, tables must be at least two metres apart, and business owners must get the name and contact information of at least one member of every party to allow for quick notifications if future outbreaks are linked to the restaurant.

Despite the uncertainty of the pandemic's trajectory, some customers were eager to be among the first to place an order in a newly reopened restaurant.

"A beautiful, warm and sunny day in Kelowna and we're here on a restaurant patio," said Michelle Llewellyn, among a group of lunchtime diners at Kelly O'Bryan's. "It's the place to be. Again."