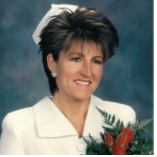 The body of Arlene Susan Westervelt was recovered from Okanagan Lake in June 2016. Her husband Lambertus has been charged with second-degree murder. 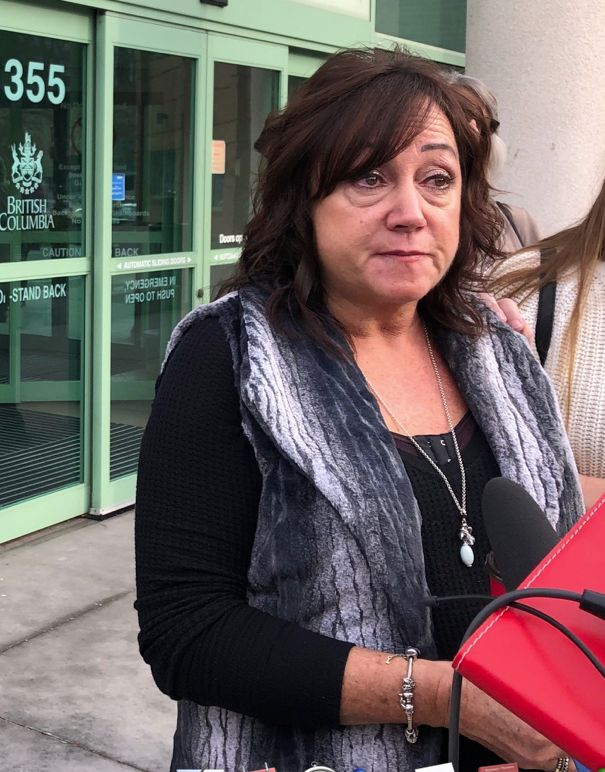 Cathy Vissia, a friend of the late Arlene Westervelt, speaks to reporters outside the Kelowna courthouse on Monday. Westervelt's husband Bert is charged with second-degree murder.

The body of Arlene Susan Westervelt was recovered from Okanagan Lake in June 2016. Her husband Lambertus has been charged with second-degree murder.

Cathy Vissia, a friend of the late Arlene Westervelt, speaks to reporters outside the Kelowna courthouse on Monday. Westervelt's husband Bert is charged with second-degree murder.

A preliminary hearing for a Lake Country man accused of murdering his wife is expected to take five weeks.

The time estimate emerged Monday during brief court proceedings for Lambertus (Bert) Westervelt. He’s charged with the second-degree murder of his wife, Arlene.

“We’re glad things are moving forward,” Cathy Vissia, a longtime friend of Arlene’s, said outside the courthouse. “We need to get justice, whatever that might look like, for Arlene.

“She doesn’t have a voice, so we’re here to support her and show our love, and just be there for her,” said Vissia, who was among a half-dozen people who identified themselves as friends or relatives of Arlene Westervelt.

Her body was recovered June 27, 2016, from Okanagan Lake near the Lake Country neighbourhood of Okanagan Centre. She had been canoeing with a man about 30 metres from shore when the canoe tipped over and both people fell into the water, police said at the time. Neither person was wearing a life-jacket, police said.

Investigators initially thought Westervelt’s death was a tragic accident. But on April 6, 2019, 63-year-old Bert Westervelt was arrested and charged with murdering his wife. He is on bail and a date for the preliminary hearing has not yet been set.

Vissia said she and other friends of Arlene’s were shocked when the murder charge was laid.

“I didn’t know what to think. . . . Just a shock, in a state of disbelief,” Vissia said. “This can’t be happening. Really confused and sad, many emotions.”

Asked to describe Arlene Westervelt, whom she met through their shared interest in running, Vissia said: “She was lovely, very active, vivacious, caring, kind, compassionate.”

Vissia said she and Arlene had holidayed together.

“She was always wanting to plan our next adventure,” Vissia said. “She was a wonderful nurse and a wonderful friend. I just miss her.”

There were no obvious signs of trouble in Bert and Arlene Westervelt’s marriage, Vissia said.

“They would have their disputes like any couple would have. But from what I could see, they had a fairly decent relationship,” Vissia said.

“She was very athletic. She did know how to swim. Water wasn’t one of her favourite things, you know. But she snorkelled with me in Maui,” Vissia said.

After Arlene Westervelt died, Vissia said she spoke several times with Bert Westervelt. Asked about the nature of those conversations, Vissia said: “At first just to try to support, and find out his side of the story,” she said, declining further comment.