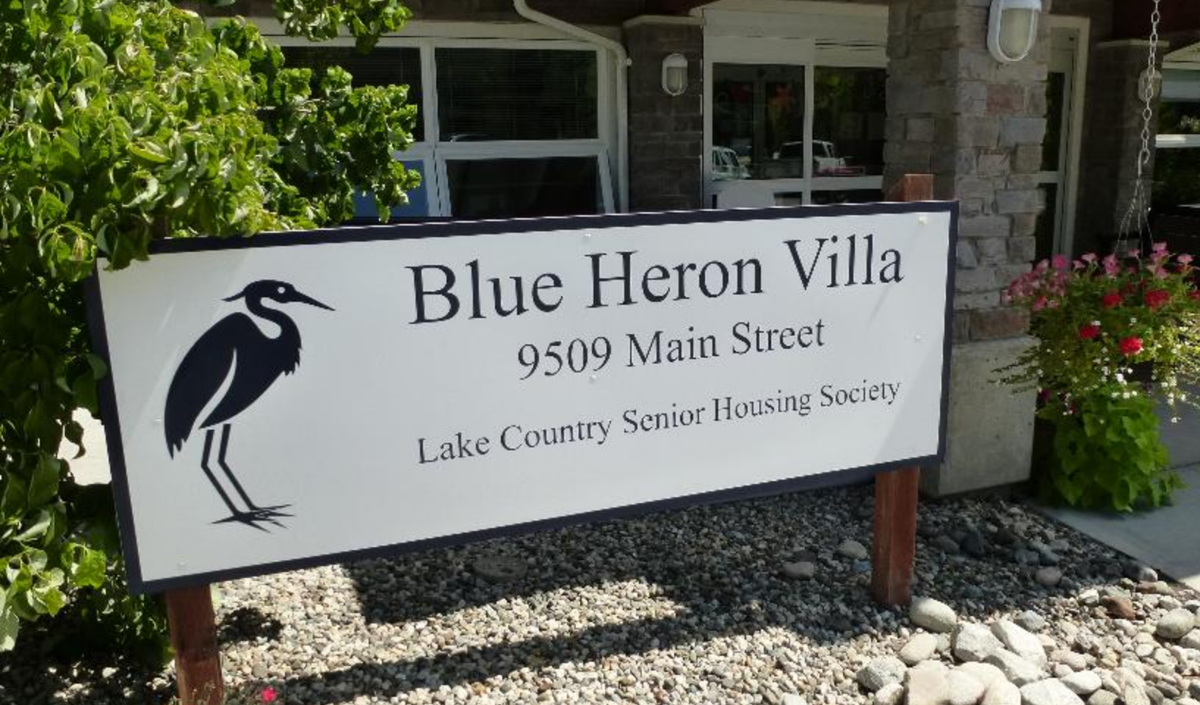 A shortage of personal protective equipment for workers has developed at this long-term care facility in Lake Country, an employee says. Similar shortages are being experienced across B.C., provincial health officer Dr. Bonnie Henry said Wednesday. 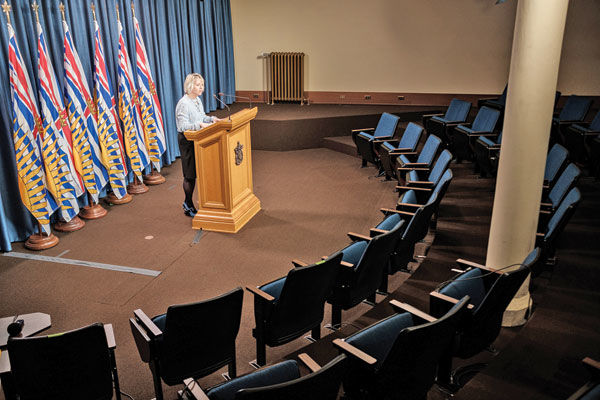 Provincial health officer Dr. Bonnie Henry has been giving daily updates on the COVID-19 situation in B.C. in front a nearly empty press conference room in Victoria with reporters participating online or by phone.

A shortage of personal protective equipment for workers has developed at this long-term care facility in Lake Country, an employee says. Similar shortages are being experienced across B.C., provincial health officer Dr. Bonnie Henry said Wednesday.

Provincial health officer Dr. Bonnie Henry has been giving daily updates on the COVID-19 situation in B.C. in front a nearly empty press conference room in Victoria with reporters participating online or by phone.

Supplies of masks, gloves and respirators are running low at some B.C. care facilities where workers are grappling to control the spread of COVID-19.

Workers are going through the protective gear at a faster clip than anticipated, Henry said.

“The burn rate is much higher than expected,” she said.

But Henry said a number of measures are being taken to bolster supplies.

These include reusing some items after they are thoroughly cleaned, ordering more supplies and changing the way health-care workers interact with patients to lessen the need to constantly don new gear.

The urgency of the situation was underscored this week by a public appeal made by an employee of Blue Heron Villa, a Lake Country care home that’s funded by Interior Health.

In a Facebook post, Meghan Desnoyer said there was a “critical shortage of personal protective equipment — masks, gowns, face shields and sanitizers” and appealed for donations of such items.

“We have been scouring everywhere, from dentist offices to sawmills, to see if they can spare anything for our site,” Desnoyer wrote in the post, made to a Lake Country community forum.

“Any items would be so appreciated, and it would help alleviate some of our stress for protecting our tenants and staff during this COVID-19 situation,” Desnoyer wrote.

None of the nine care homes identified as having a COVID-19 outbreak is in the Central Okanagan or anywhere in the region served by Interior Health.

Specific details of what the province is doing to increase the availability of personal protective equipment for workers at hospitals and care homes will be announced in the next few days, Henry said.

During the daily press conference, Henry also provided an update on the number of COVID-19 cases across the province.

As of Wednesday, there were 659 cases in B.C., up from 617 on Tuesday. Fifty-five of those people are health-care workers.

Sixty-four British Columbians are being treated in hospital for COVID-19, up from 59 on Tuesday. A total of 183 people have fully recovered from the disease.

There was one additional death, bringing the total to 14. All of those who have died from COVID-19 have been 70 or older.

Over the preceding 24 hours, the number of cases in the region served by Interior Health rose to 46 from 41.

The total daily increase provincewide was lower than it has been for several days, but Henry cautioned that does not mean the spread of the disease is slowing.

Henry said there are likely many people in B.C. who contracted COVID-19 before orders that closed many businesses, banned gatherings and required people to maintain a physical separation of at least two metres took effect last week.

As the incubation period for COVID-19 can be up to two weeks, many of those infected people would not yet be feeling ill, let alone have had coronavirus testing, Henry said.

The next week to 10 days will be critical, she said, in determining whether COVID-19 is spreading rapidly through the B.C. population or if the containment measures have had the desired effect.

“We are still in the waiting and watching phase,” Henry said.

For now, though, the relatively slow increase in the number of British Columbians who have been hospitalized because of COVID-19 is a hopeful sign, she said.

“It’s heartening to me we’re not seeing dramatic increases in hospitalization,” she said.

Most of those in hospital are older people or had underlying health issues.

Across B.C., about 3,800 hospital and other care beds have been freed up to deal with a possible surge of COVID-19 patients.

The beds have been made available through the cancellation of all elective surgical procedures as well as the early discharge of some patients.