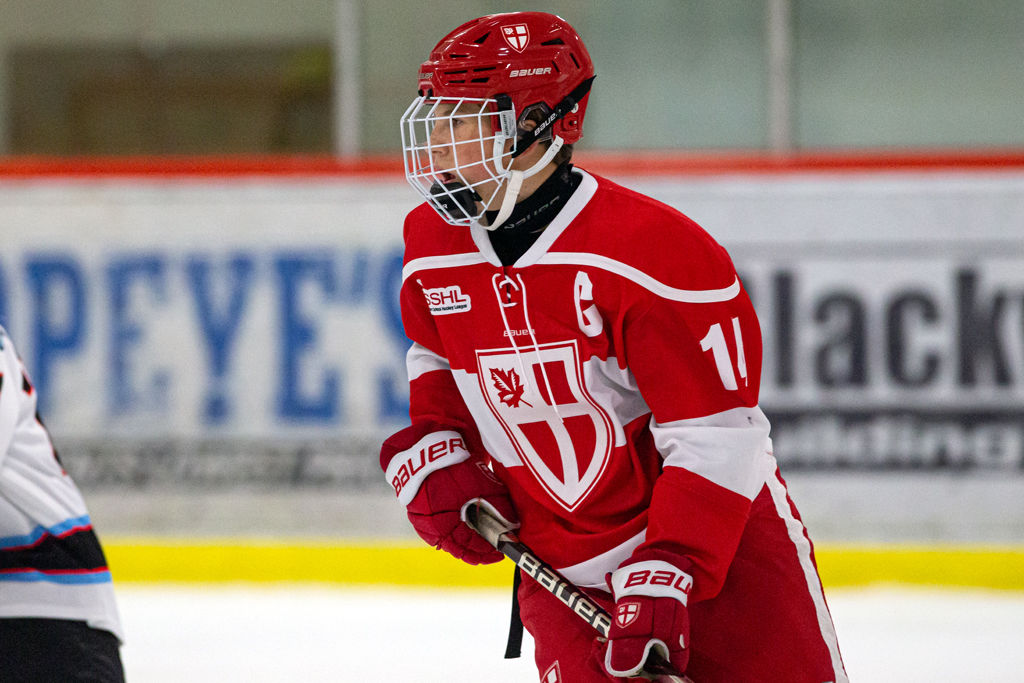 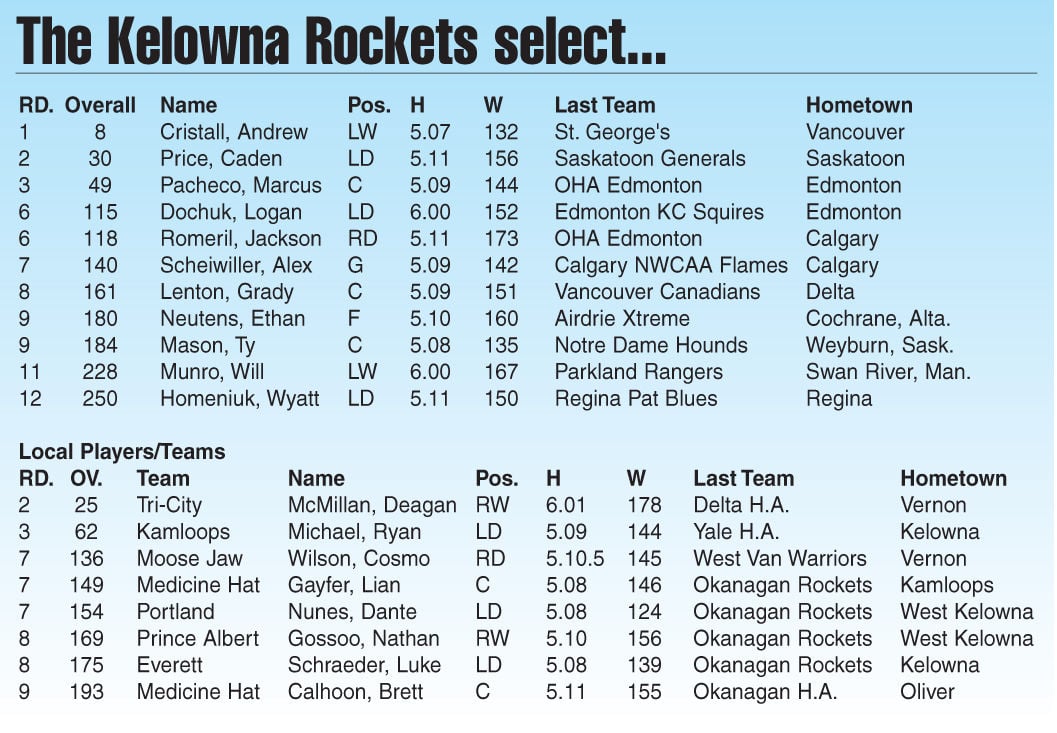 He added another seven points (4G, 3A) and two penalty minutes in two playoff games.

“We think Andrew is a very good hockey player,” said Lorne Frey, the Rockets’ director of player personnel. “He’s highly skilled with a tremendous hockey IQ. He controls the game and sets the tempo of it, and he makes players better around him.”

Frey said the Rockets are happy with the crop of players they were able to draft.

“We picked guys who are skilled that can skate and compete,” he said. “It was a deep draft; hopefully, the players that we took take strides and improve over the next couple of years.

“That’s what you’re in this for, to see which players down the road improve and get better. In saying that, they are good prospects at this time who are going to grow and develop.”

In 2018, the Rockets selected centre Trevor Wong 18th overall from St. George’s. He played his first full season this year, compiling 14 points (6G, 8A) in 58 games.

Wednesday also marked Frey’s final day in his position with the Rockets. He announced Tuesday he would be stepping down to take an advisory role with the team and returning home to Swift Current, Sask.

No surprises at No. 1

The Regina Pats finalized their selection of forward Connor Bedard with the first pick in Wednesday’s WHL Bantam Draft.

The announcement was a formality, as the Pats had already stated their intention to select Bedard first overall.

Bedard, 14, is the first player to ever be awarded exceptional player status for the WHL, meaning he can enter the league right away. The North Vancouver native, played this past season at the under-17 level in the Canadian Sport School Hockey League for West Van Academy Prep.

He was named the league’s most valuable player while taking the scoring title with 43 goals and 84 in 36 games.

Bedard, who turns 15 in July, applied for exceptional player status in December and was notified by Hockey Canada in March that he would be allowed to enter the league of 16-to-20-year-olds a year earlier than his peers.

Exceptional player status is rarely given out by Hockey Canada. The Ontario Hockey League has had five players granted status beginning with John Tavares in 2005-06. Aaron Ekblad, Connor McDavid, Sean Day, and Shane Wright are the others while Detroit Red Wings draft pick Joe Veleno is the lone player from the Quebec Major Junior Hockey League.

The Prince George Cougars selected forward Riley Heidt with the second pick. Heidt, from Saskatoon, had 17 goals and 20 assists this season with the Saskatoon Contacts of the Saskatchewan Midget AAA Hockey League.

Brayden Yager, Heidt’s teammate, was taken third by the Moose Jaw Warriors. Yager, a forward from Dundurn, Sask., had 18 goals and 24 assists for the Contacts in 2019-20.

Tanner Molendyk, a defenceman from McBride, B.C., who had nine goals and 46 assists for Yale Hockey Academy of the CSSHL, was taken fifth by the Saskatoon Blades.