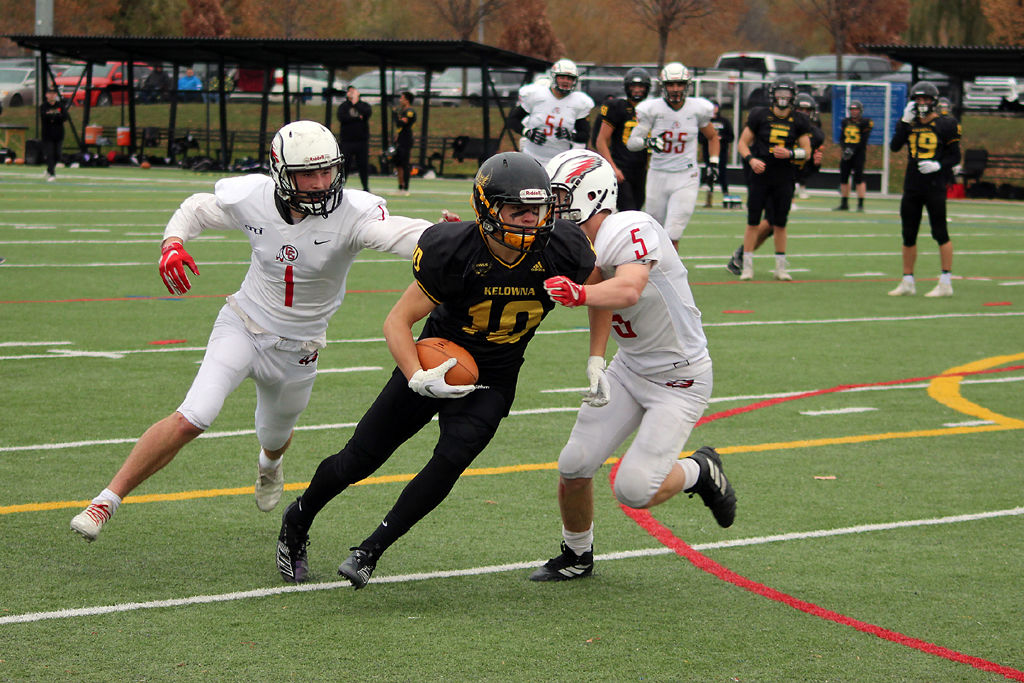 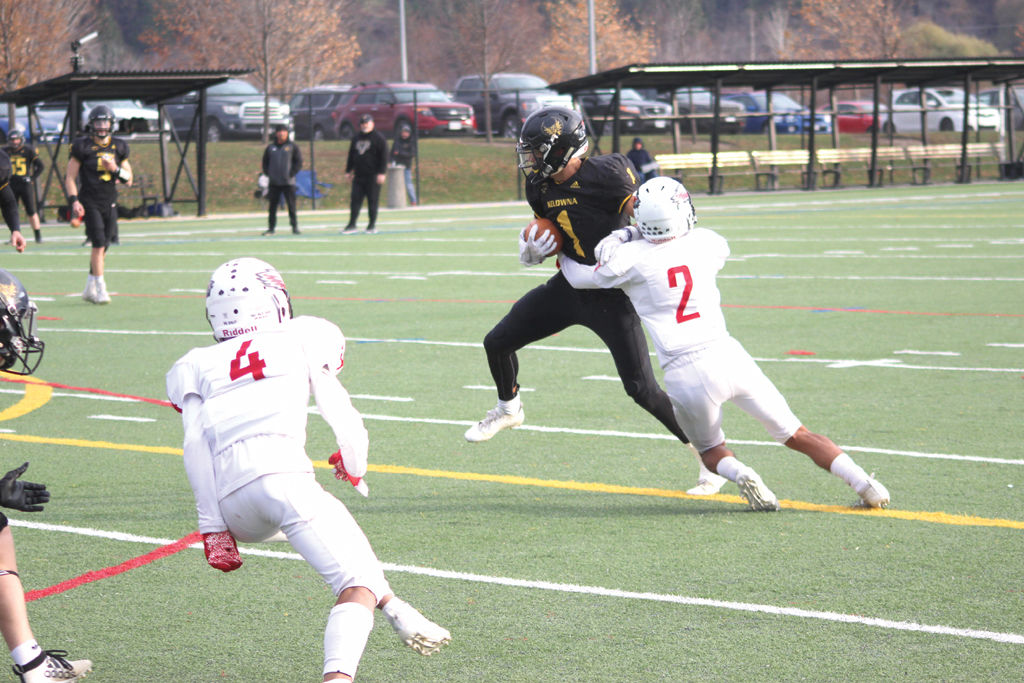 Nate Beauchemin and the Kelowna Owls did a lot of celebrating after their 62-21 win over the Carson Graham Eagles on Saturday at the Mission turf.

Their coach wasn’t about to stop the party, but he did make sure to remind them they still have three huge obstacles in their way to a B.C. High School Football title.

“We’ve got to enjoy this,” Cartwright said. “They deserve it. They work so hard.”

It may have been difficult work, but with no offence to the Eagles, the Owls made it look easy. Beauchemin completed 17 of 22 passes for 300 yards and five touchdowns in the first-round playoff game.

Nolan Ulm caught four of those passes for 92 yards with a 58-yard TD strike while Caeleb Schlachter caught two passes of his own for 117 yards; both went for TDs.

Kelowna led 21-7 early, but allowed Carson Graham to make it interesting for a while. The Eagles scored the next TD, but missed the convert, and trailed by eight early in the second.

That just made the Owls mad, and they stormed their North Vancouver foes from there. Two plays stick out. Defensive back Isaac Athans chased down an Eagles runner and smashed the ball from his hands just yards from the goal line to prevent a sure TD.

Ulm, who also played defence, picked off a shovel pass and scampered in for a major.

The Owls will need all that and more in their next game, a quarter-final match against the Vancouver College Fighting Irish on Saturday at B.C. Place. The Irish whopped the Rutland Voodoos 62-0 on Saturday.

“It was a totally different team,” Ulm said. “With Nate in now, and everyone is healthy...we’re just going to bring it to them and do exactly what we did today.”

Beauchemin is excited for another crack at V.C. under the lights of B.C. Place.

“We’ve just got to make them guess at what we’re going at all times,” he said.