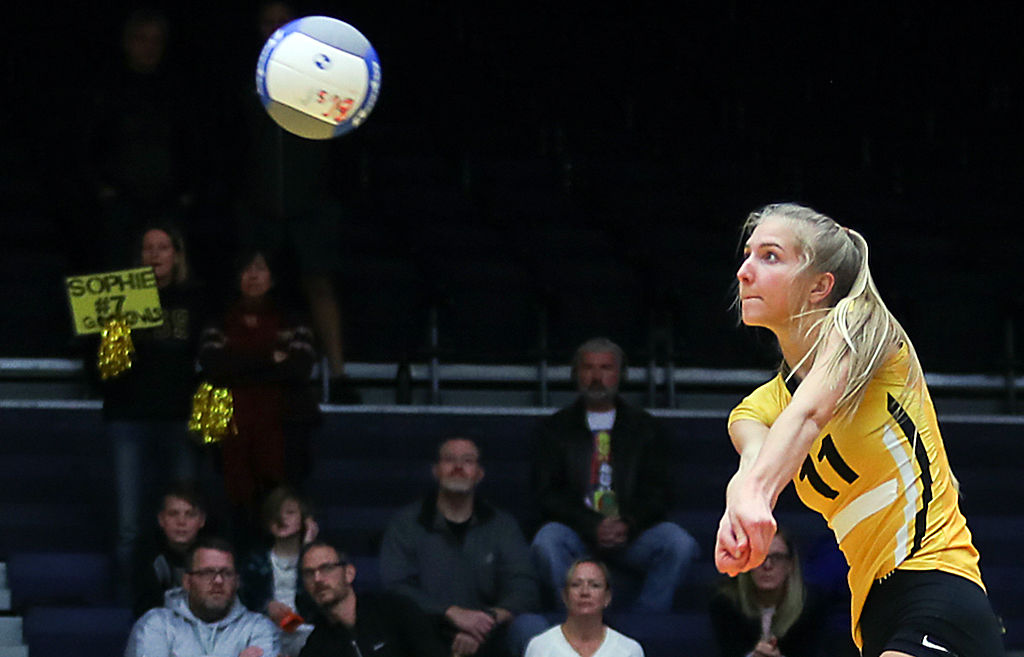 Madelyn Hettinga passes during a high school volleyball game with her Kelowna Owls. 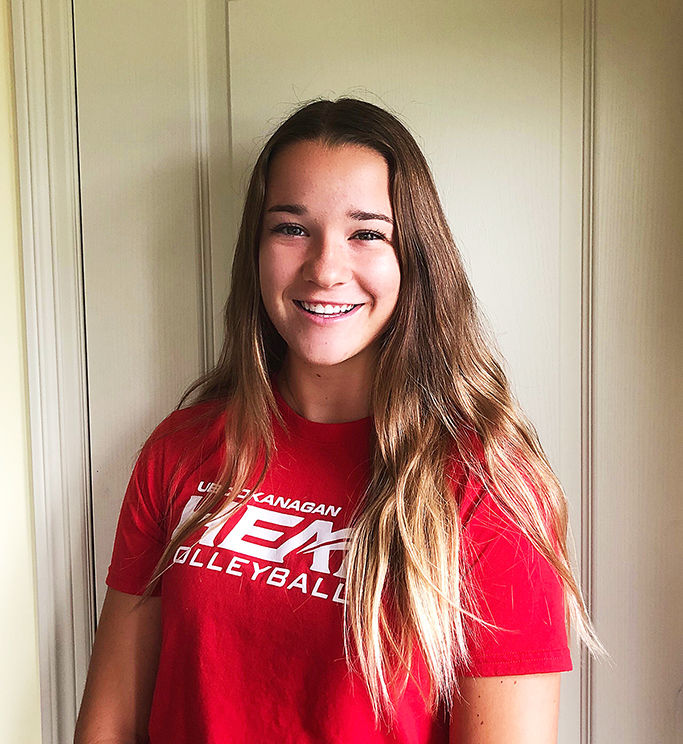 Tess Ivans has committed to playing volleyball for the UBCO Heat in 2020. She's a graduate of George Elliot high school in Lake Country. 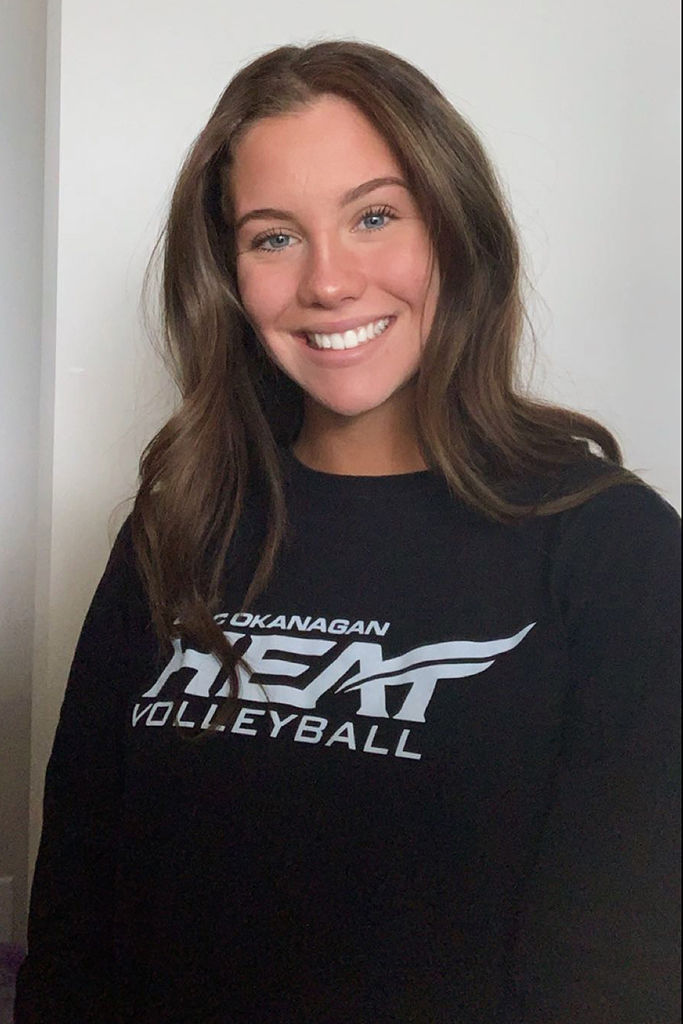 Taysha Boulter captained her KCS Knights to gold at the B.C. single-A girls volleyball championships. She's to play for the UBCO Heat in 2020.

Madelyn Hettinga passes during a high school volleyball game with her Kelowna Owls.

Tess Ivans has committed to playing volleyball for the UBCO Heat in 2020. She's a graduate of George Elliot high school in Lake Country.

Taysha Boulter captained her KCS Knights to gold at the B.C. single-A girls volleyball championships. She's to play for the UBCO Heat in 2020.

If anyone is wondering if the Junior Heat volleyball club is successful, take a close look at UBCO coach Steve Manuel’s roster.

This fall, three of five recruits Manuel has signed for UBC Okanagan cut their proverbial teeth with the Junior Heat. A pair of middles, Taysha Boulter and Madelyn Hettinga, along with defensive specialist Tessa Ivans, have spent numerous seasons honing their skills in the Heat gym with the development club.

“We are very excited to welcome this talented group of student athletes, they will fit in nicely with our current squad,” Manuel said in a press bulletin.

Two other middles, Natalie Funk from Strathmore, Alta., and Aja Sy from Victoria round out the 2020 class.

With more than 330 wins to his name,  and entering his 20th season as coach, Manuel says he couldn’t be more proud of the group of players brought in to reload for the 2020-21 season.

“The athleticism and versatility of these athletes will fill some of the gaps in our lineup and provide some much-needed depth in other positions,” he said.

“This incoming class has also performed well in the classroom and will bolster an already strong academic Heat squad.”

One of the most prized recruits in the 2020 class is Kelowna’s Hettinga.

The six-foot-one outside hitter was ranked the No. 2 player in B.C. She was a two-time quadruple-A high school champion with the Kelowna Owls along with being a B.C. high school heptathlon champion in track and field.

Hettinga was a first-team all-star in 2018 during the first provincial championship with KSS before being named tournament MVP this past fall with KSS.

The high-flying outside hitter was also a finalist for both the Athlete of the Year in not only Kelowna, but in British Columbia. Her list of accomplishments on the track are just as prestigious as those on the court, as she has won provincial medals in the 80-metre hurdles, the 200 hurdles, the 300 hurdles, 4X100 relay and the 400.

Hettinga hopes of one day becoming a teacher following her time in the Faculty of Health and Exercise Sciences.

“I chose UBCO because I am able to stay in Kelowna while competing at a high level,” she said. “UBCO was able to accommodate all of the goals I have over the next five years. I also compete in track and field which was definitely a factor in deciding where I wanted to go for university. UBCO offered the academic portion as I would like to go into human kinetics.”

Ivans has had her eyes on the Heat since she first picked up a volleyball. The libero/defensive specialist grew up idolizing the Heat women’s volleyball team.

Ivans, who stands five-foot-nine, will look to make an impact early next season with the graduation of two-year starter at the libero position.

In the classroom, the George Elliot graduate in Lake Country will enter the sciences program with an intent to major in biochemistry. She has her eyes set on potentially working in a medical profession or becoming a teacher following her time at UBC Okanagan.

“Since I started playing volleyball, at 11 years old, it has always been a dream of mine to compete for the UBCO Heat,” she said. “I went to all of the Heat camps and attended home games. Players such as Brianna Beamish, were role models that have inspired and helped me to grow as a player. I am more than excited and prepared to compete at the next level with these players that motivate me to play my best.”

During her time with the Coyotes, Ivans earned several all-star and MVP awards, along with being a provincial all-star in 2019 with her high school squad that finished fifth.

Boulter captained her Kelowna Christian School Knights this season to gold at the B.C. single-A championship. The six-foot middle blocker from Peachland was a first team All-Star on the banner winning squad.

Boulter will enroll in the arts program at UBCO and the perennial high school principal’s list student hopes to move on to law school.

“Since I started playing volleyball, I wanted to play post-secondary,” she said. “I grew up watching the Heat games and always looked up to the players on the team. Over the years, doing development camps and through the Jr. Heat volleyball club, I have gotten to know both the players and coaches on the team and knowing the coaches before attending the school made the decision to attend the school easy.”