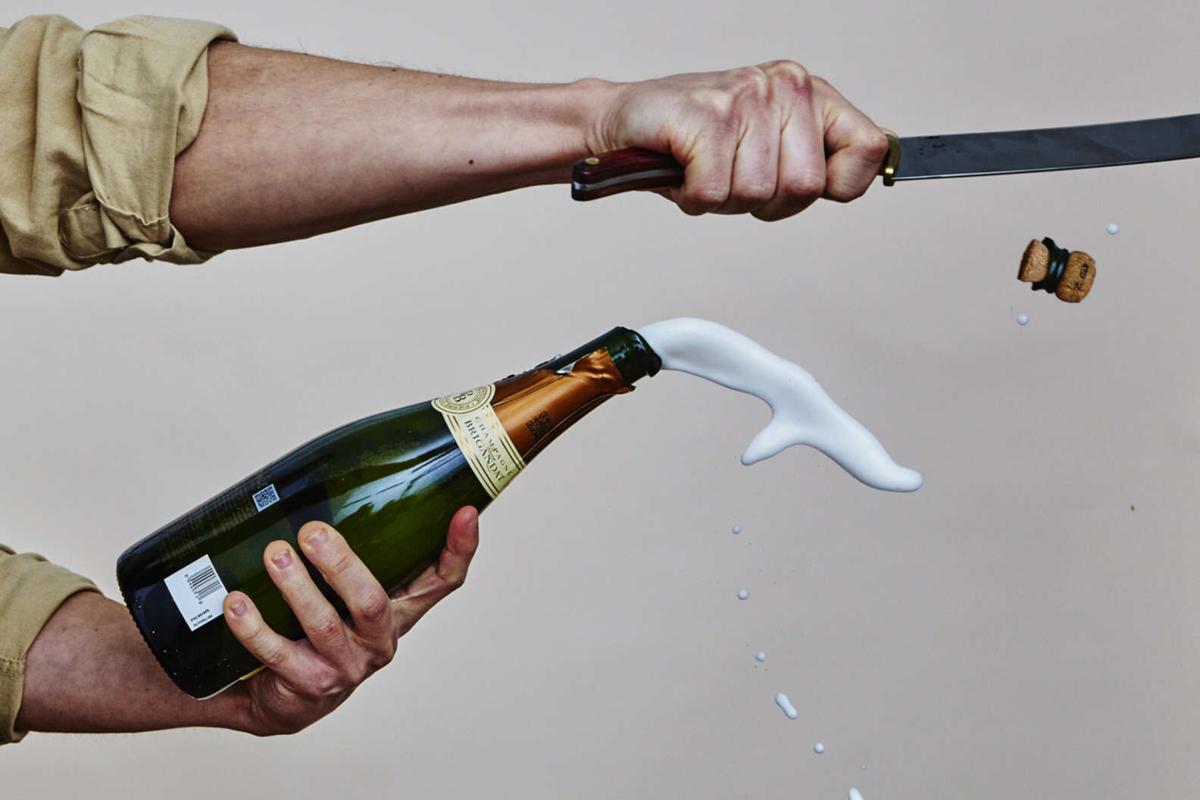 Time Family of Wines in Penticton has a Sabre School where you can learn how to lop off the top of a sparking wine bottle with a sword and drink the results. 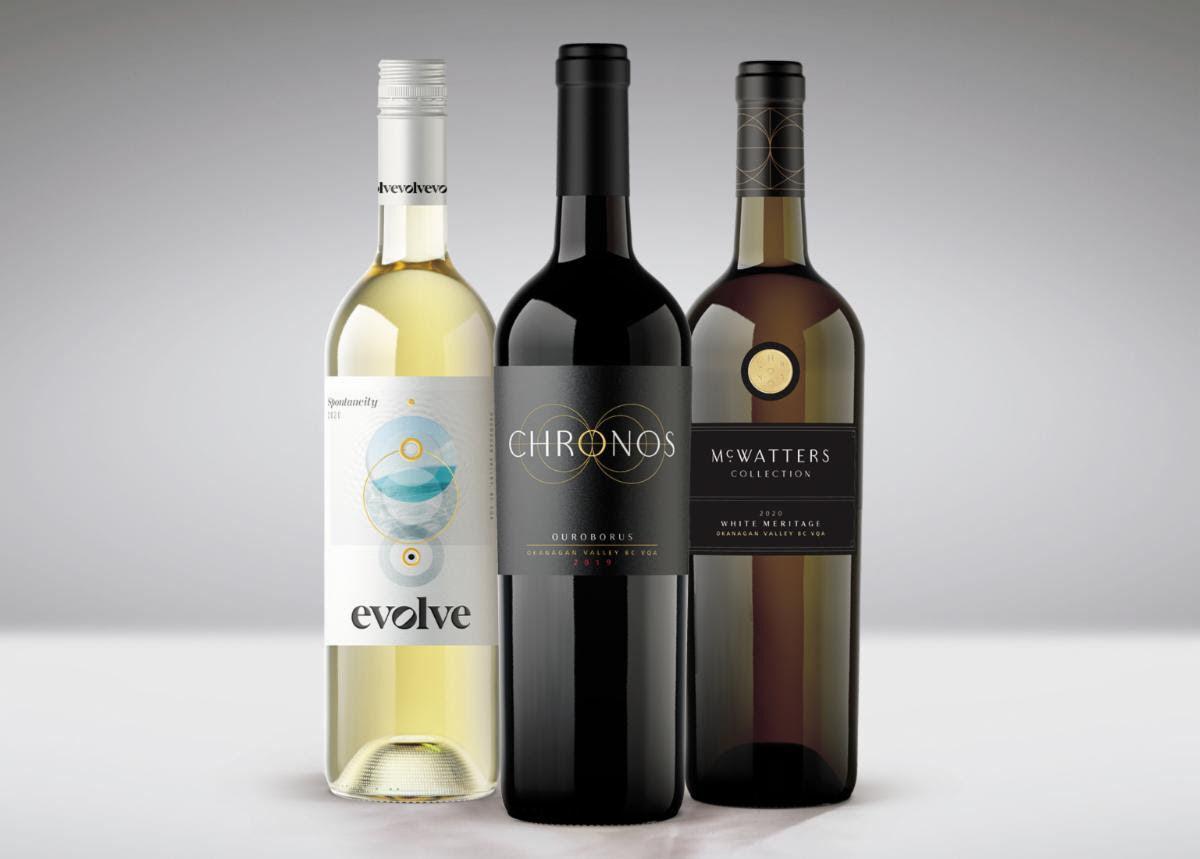 Time Family of Wines in Penticton has replaced its Time label with Chronos and created new labels for its Evolve and McWatters Collection brands.

Time Family of Wines in Penticton has a Sabre School where you can learn how to lop off the top of a sparking wine bottle with a sword and drink the results.

Time Family of Wines in Penticton has replaced its Time label with Chronos and created new labels for its Evolve and McWatters Collection brands.

With a satisfying crack and pop, the sword connects with top of the bottle and the cork flies off with a perfect little ring of cut glass around it.

“The key to sabreing a bottle of sparkling wine is no fear,” said Robbie Hundertmark, sommelier at Time Family of Wines in Penticton.

“It’s about technique, not force.”

My wife, Kerry, and I are at Time’s Sabre School, the only one of its kind in the Okanagan, to learn how to confidently sever the tops off bottles and drink

the results with a charcuterie board at Time’s new Orolo restaurant.

Two or four people are in each class and the cost is $86 to sabre a bottle of Evolve Effervescence or $100 for Brut, which includes the actual sabreing, learning about bubbles and then sitting down to enjoy the bottle’s contents with charcuterie.

For our experience, we used the provided Sciabola del Sommelier sword, but apparently any knife will do, it doesn’t even have to be sharp.

The chilled bottle is dried off, any foil and wire cage is removed, the seam in the bottle is located and then the sabre is run up the seam with conviction to connect with the lip of the bottle containing the cork to create a micro-fracture in the glass.

go off to war.

Simply to be showy, the soldiers on horseback would gallop away, swords drawn to sheer the tops off the bottles.

Sabreing is still certainly showy, but it’s more celebratory now than warmongering. So, we celebrate Time Family of Wine’s refresh.

The winery in downtown Penticton in the refurbished former PenMar movie theatre, still has three brands, but one of the brands, Time, has been replaced with Chronos, which continues

to stick to the theme because Chronos is the Greek god of time.

The two other brands have new labels — Evolve’s are abstract and McWatters Collection’s are traditional.

McWatters continues to showcase the legacy wines named after the previous owner, the late Harry McWatters.

Time Family of Wines is now owned by Ron and Shelley Mayert, who have been making changes, but keeping some

For instance, Harry’s daughter, Christa-Lee, remained as general manager, but a new winemaker, Lynzee Schatz was brought on in 2019.

The winery itself on Martin Street is getting a bit of a revamp with two private conference-dining-tasting rooms upstairs called McWatters Suite and PenMar Suite.

Time Kitchen has become the more upscale Orolo restaurant, complete with updated patio, but the famous gourmet burger remains on the menu with chef AK Campbell at the helm.