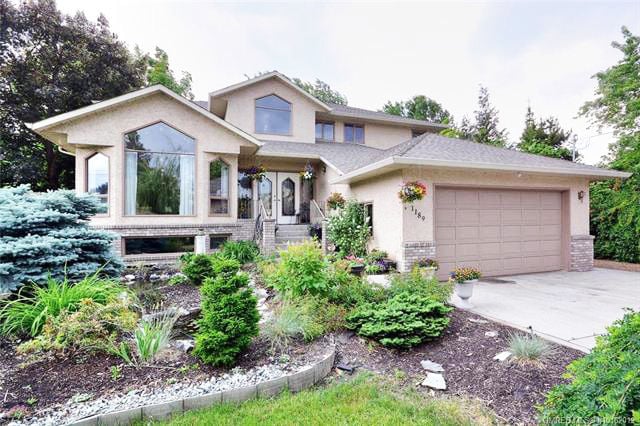 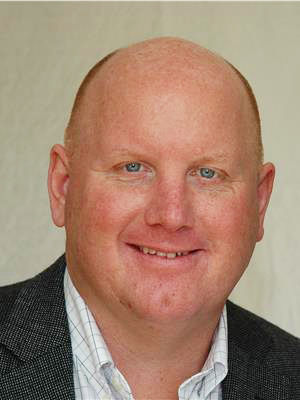 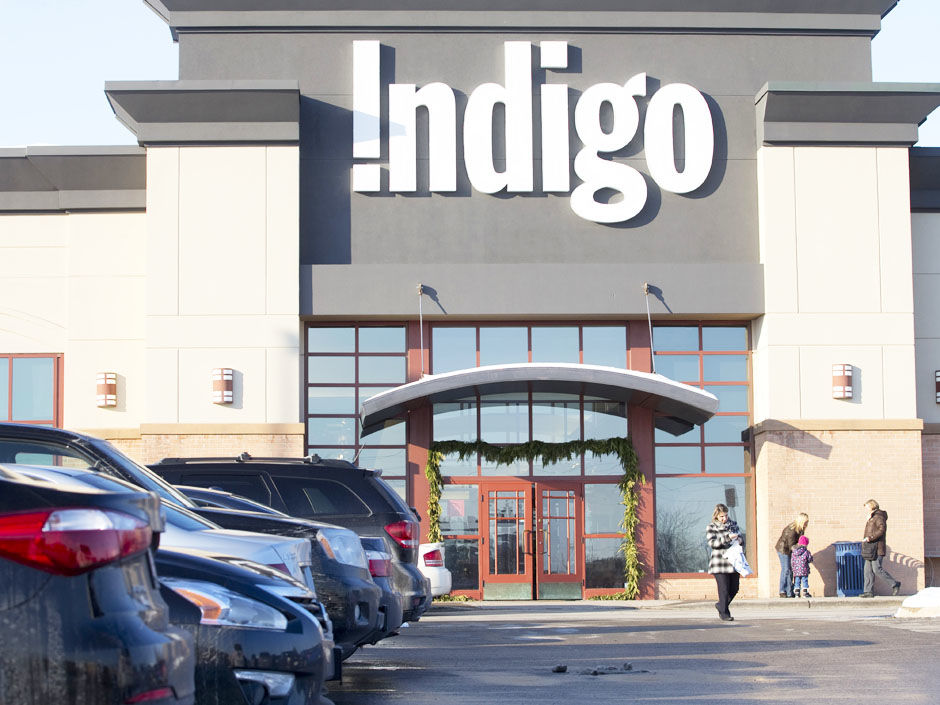 The Chapters bookstore at Kelowna’s Orchard Park mall has been rebranded Indigo, which is described as a cultural department store for booklovers. 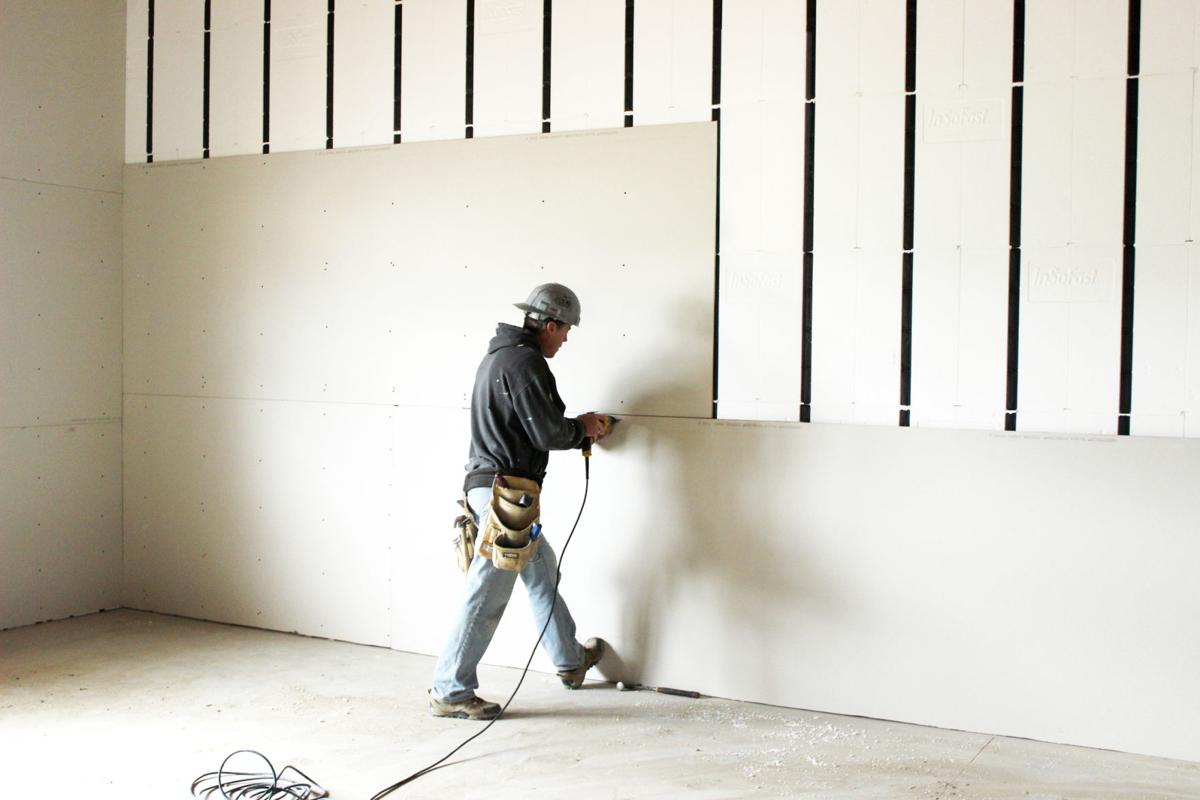 The Central Okanagan branch of the Canadian Home Builders’ Association is happy a complaint about the U.S. dumping of drywall in Canada has been thrown out because it would have led to higher drywall prices.

The Chapters bookstore at Kelowna’s Orchard Park mall has been rebranded Indigo, which is described as a cultural department store for booklovers.

The Central Okanagan branch of the Canadian Home Builders’ Association is happy a complaint about the U.S. dumping of drywall in Canada has been thrown out because it would have led to higher drywall prices.

How did the Central Okanagan's average house price nose-dive $95,000 in just one month?

That's the shocking question being asked as the average selling price of a single-family home plunged from a record-high of $782,400 in July to $687,400 in August.

That represents 12 per cent of value disappearing in just 30 days.

The answer is complicated and multi-faceted.

"We are now six months into a cooling trend with a curb in demand arising from natural market shifts, but intensified by government intervention in the form of tougher mortgage rules, higher interest rates and the threat of a possible speculation tax," said Okanagan Mainline Real Estate Board president Marv Beer.

A good part of Kelowna's market was fuelled by Vancouverites selling their homes for $1.6 million and coming to the Okanagan to buy one half the price.

With buyers from the Lower Mainland dropping off and the myriad of policy changes, the prices and sales activity were destined to suffer.

The number of home sales in the Central Okanagan totalled 417 in August, a 23 per cent plummet from 543 in the same month last year.

Homes are now generally on the market for 78 days before they are sold, a increase from 65 days in August 2017.

Decreased demand and more time on the market go hand in hand, resulting in price drops as potential buyers have more time to shop around and negotiate in a softer market.

"In July, our average price was unusually high, an extra 65K higher due to many sales in the higher price ranges," he said.

"Reason two, is that historically, the average price in August is lower than July. In this case, it is down (a further 30K) from where July should have been. This doesn't mean prices are falling $95,000 per month. This is simply an average of what people are spending. As far as the government is concerned, that is what they were looking for – a cooling of the market."

Of course, everything is relative.

It wasn't all that long ago, in 2016, that the average house price hit a high of $550,000 and then started setting new records almost monthly as it steadily climbed.

The $687,400 is for a detached, single-family home, which is considered the benchmark price and housing type for statistics and market health.

However, average selling price swings for townhouses and condominiums are less volatile.

"New mortgage rules and higher interest rates mean they buyer's dollar doesn't go as far as it used to."

Overall, house sales are forecast to be down 21 per cent this year, compared to 2017.

"Clearly, this is not the environment to introduce the so-called speculation tax that would have minimal effect on actual real estate speculators and, instead, punish long-time homeowners who are primarily B.C. residents," Beer added.

For the first eight months of this year, starts total 1,771, significantly off the pace of 2,483 over the same period last year.

Certainly, you can buy a book here.

But you can also pick up a throw pillow, purchase a new Fitbit, some kids’ toys, baby clothes, a lunch box and new S’well water bottle, a pair of sunglasses and maybe even a purse, photo frame and warm socks and scarf for the upcoming, chilly fall.

The rebranding of the Chapters bookstore at Orchard Park mall to Indigo recognizes that fewer books are being sold and more lifestyle, home and gift items are in demand.

In fact, Indigo calls itself the world’s first cultural department store for booklovers.

Books, apparently, are still the core of the business, but you should be able to acquire a candle, wine glasses and a purse with the latest bestseller, if you want to.

The Canadian company behind Indigo, Chapters and Coles is switching over more and more Chapters across the country to the Indigo concept.

Kelowna’s transition becomes official Saturday with the grand opening of Indigo in the former Chapters space.

From 9 a.m. to 4 p.m. you can strike a pose in the photo booth and listen to the DJ spin tunes.

Kids can check out story time at 10 a.m., the superheroes and comic book villains event at 11 a.m., Star Wars Folded Flyers and mini bake shop crafts at 1:30 p.m. and get their face painted at 2:30 p.m.

Plum members will receive 10 times the points when spending more than $30.

There will be no new tariffs on U.S. drywall entering Canada, keeping the building material more affordable for Canadian builders, renovators, developers and contractors.

This summer, CertainTeed Gypsum Canada complained its business was being hurt by the U.S. dumping 54-inch drywall in the Canadian market.

One of the solutions could have been for Canada to slap an additional fee on the drywall.

But that likely would have prompted the Americans to charge more for drywall to cover the cost of tarriffs, thus making the building material more expensive for Canadian builders.

Thus, the Canadian Home Builders' Association lobbied the Canadian International Trade Tribunal to toss out the complaint by CertainTeed.

"This is a victory for all home builders and validates the importance of having an industry association that is strong and effective," said Justin O'Connor, the president of the Central Okanagan chapter of the association.

It's a garden party, modernized and held instead in a courtyard.

Called Kelowna Re-Imagined Garden Party, this business networking and social mixer will be held outdoors in the courtyard of the downtown office building at 1449 St. Paul St. today from 4:30 to 6:30 p.m.

And they are inviting anyone who wants to come out to attend for free to enjoy the food, wine, entertainment and business spirit.

"We've recently expanded to Kelowna (from Calgary, Edmonton and Red Deer) and we are excited to sponsor this event to meet the business and development communnity," said Paul Jahn, president of Assett Construction.

You can pre-register to attend at Eventbrite.com.

"We hope the garden party becomes an annual tradition."

Steve MacNaull is The Daily Courier's busines reporter and columnist. Reach him at steve.macnaull@ok.bc.ca.

Whose job is most in jeopardy after the Canadian election?