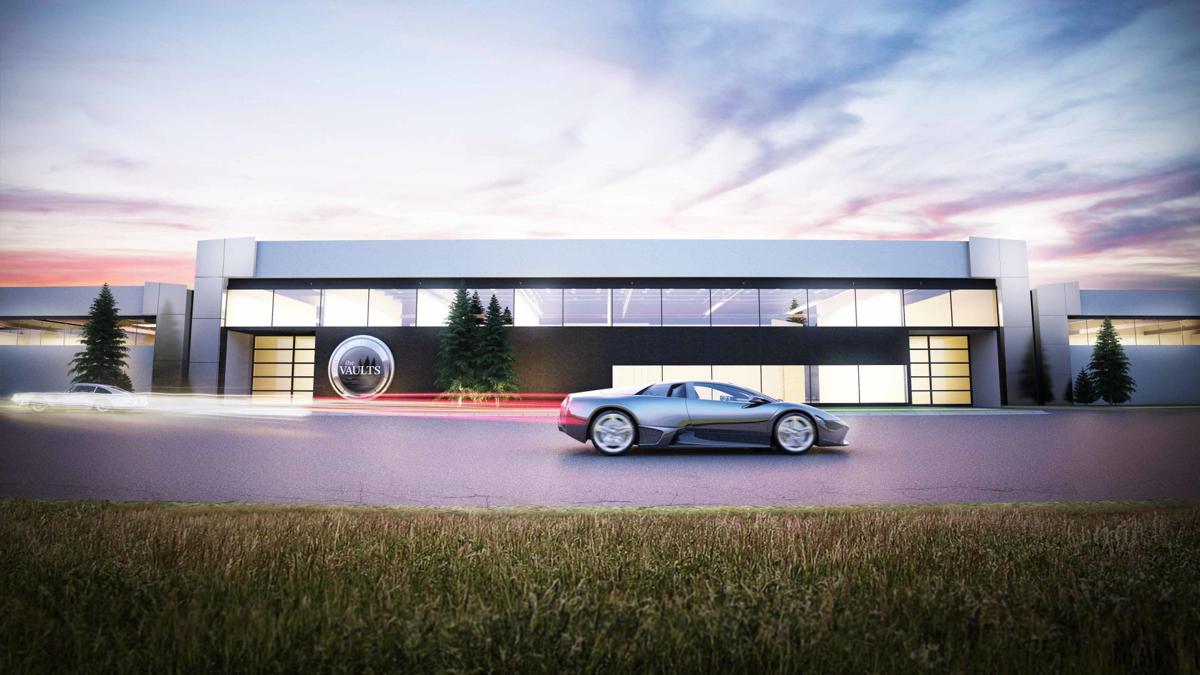 Calgary-based The Vaults is building 19 luxury storage units in Kelowna's Airport Business Park. This drawing shows what the facility could look like when completed in the summer of 2019. 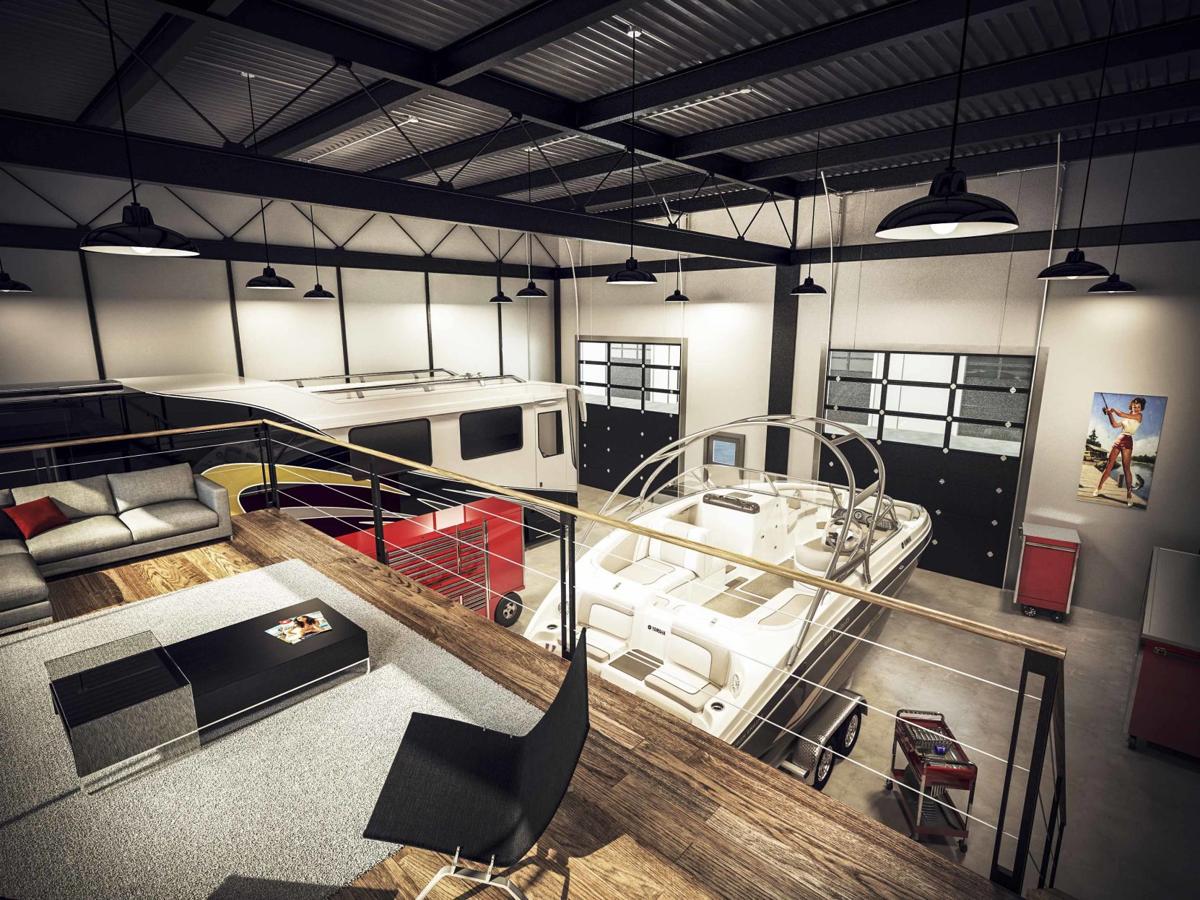 Vault units have room for your prized car, motorhome or boat, with a mezzanine level with bathroom and space for a living room, bar and-or poker table. 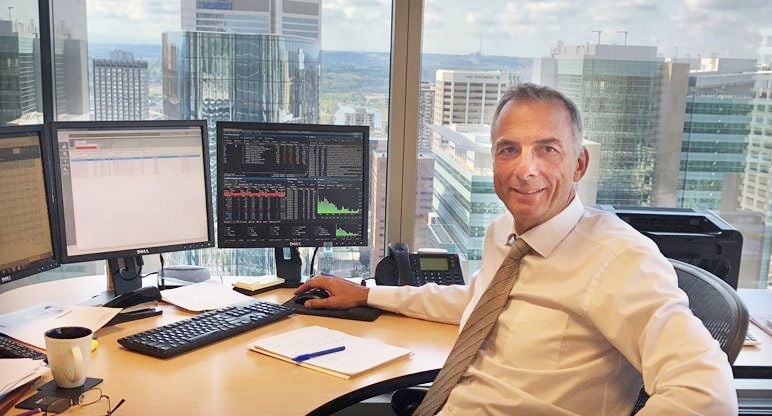 Calgary-based The Vaults is building 19 luxury storage units in Kelowna's Airport Business Park. This drawing shows what the facility could look like when completed in the summer of 2019.

Vault units have room for your prized car, motorhome or boat, with a mezzanine level with bathroom and space for a living room, bar and-or poker table.

This is the kind of place where your prized car, boat or motorhome can be stored indoors in secure and heated luxury while you play poker, watch TV or have drinks with friends on the mezzanine overlooking it.

"Primarly, it's a luxury storage condominium for that beloved possession you don't have room for at home," said James Murray of The Vaults.

"But, there's also a lifestyle retreat component to it. The mezzanine can be used for pretty well whatever you want. It has a three-piece bathroom so you can have a shower after tinkering on your vehicle. And owners put their recreational space to use in a number of ways from lounge with big-screen TV to watch the game, personal office or bar for entertaining to poker or pool table, wine room or cigar humidor. We even had one owner put in a fireman's pole to slide from the mezzanine to the floor."

The Vaults has already built and sold 46 of these distinctive units in Calgary.

The company is bringing the concept to Kelowna and will start building 19 units at the Airport Business Park in November for summer 2019 completion.

Kelowna is a prime place to hold a shoulder-season conference.

"It's easy to get to by air for our advisers from all across the country. But it's also where we can do a wine tour, have dinner at Mission Hill Winery and I'm sure some of the guys will slip away for a game of golf."

The firm will have strategy sessions at the Delta Grand hotel, but lots of spare time has been built in for fun.

Dale also has a second home in Penticton, so he's familiar with the Okanagan.

"Our largest office is in Vancouver, our head office is in Calgary and we have strong presence in Toronto," said Dale.

"We also have offices in Kamloops, Victoria, Red Deer, Brandon, Vernon, Collingwood, Thunder Bay, Montreal, Charlottetown and Fredericton. In total we have 150 advisers across the country and 240 employees. We'd love to have an office in Kelowna if we can find the right advisers to staff it."

The 70-unit Royal Private Residences in Kelowna is switching management from Marriott to Bellstar Hotels & Resorts.

Marriott inherited the private residences when it took over the 328-room Delta Grand hotel next door.

But Marriott's expertise is in hotels, not condominiums that are put into rental pools.

So, it is handing over management of the private residences to Calgary-based Bellstar.

Jarrett, who was 2017 hotelier of the year fro B.C., will manage the private residences while continuing her role as general manager at Watermark Beach Resort in Osoyoos.

"Our goal for the Royal Private Residences is to soon become a market leader within the Okanagan."

While the residences are individually owned, the property runs much a hotel with owners putting their units into a rental pool when they aren't using their condo.

Those interested in joining the new Okanagan chapter of the Entrepreneurs’ Organization can emial president Steve Harvey of Business Finders Canada at EOOkanagan@gmail.com.

Are you ready for crowded arenas and theatres?