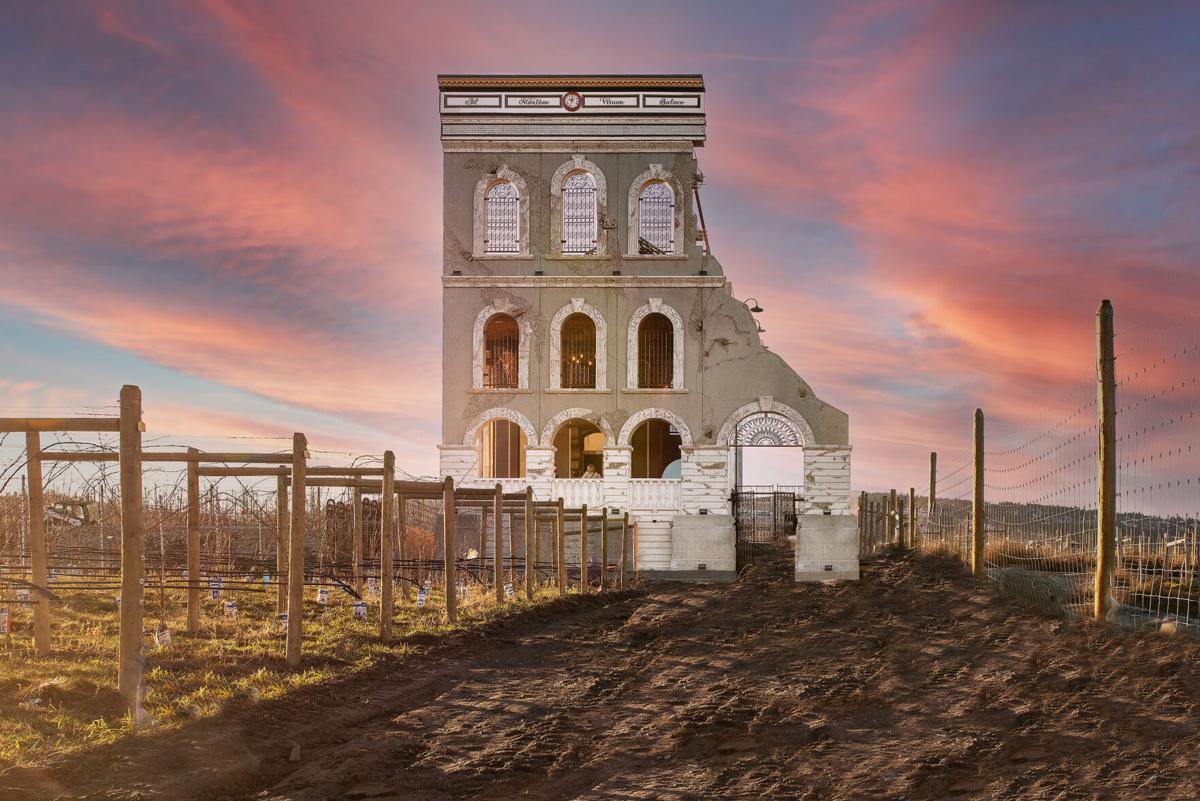 Public access to the new Crown and Thieves Winery in West Kelowna, made to look as if it's the ruin of a 400-year-old building, will be from downtown Westbank rather than the Gellatly Road area, city council will hear Tuesday. 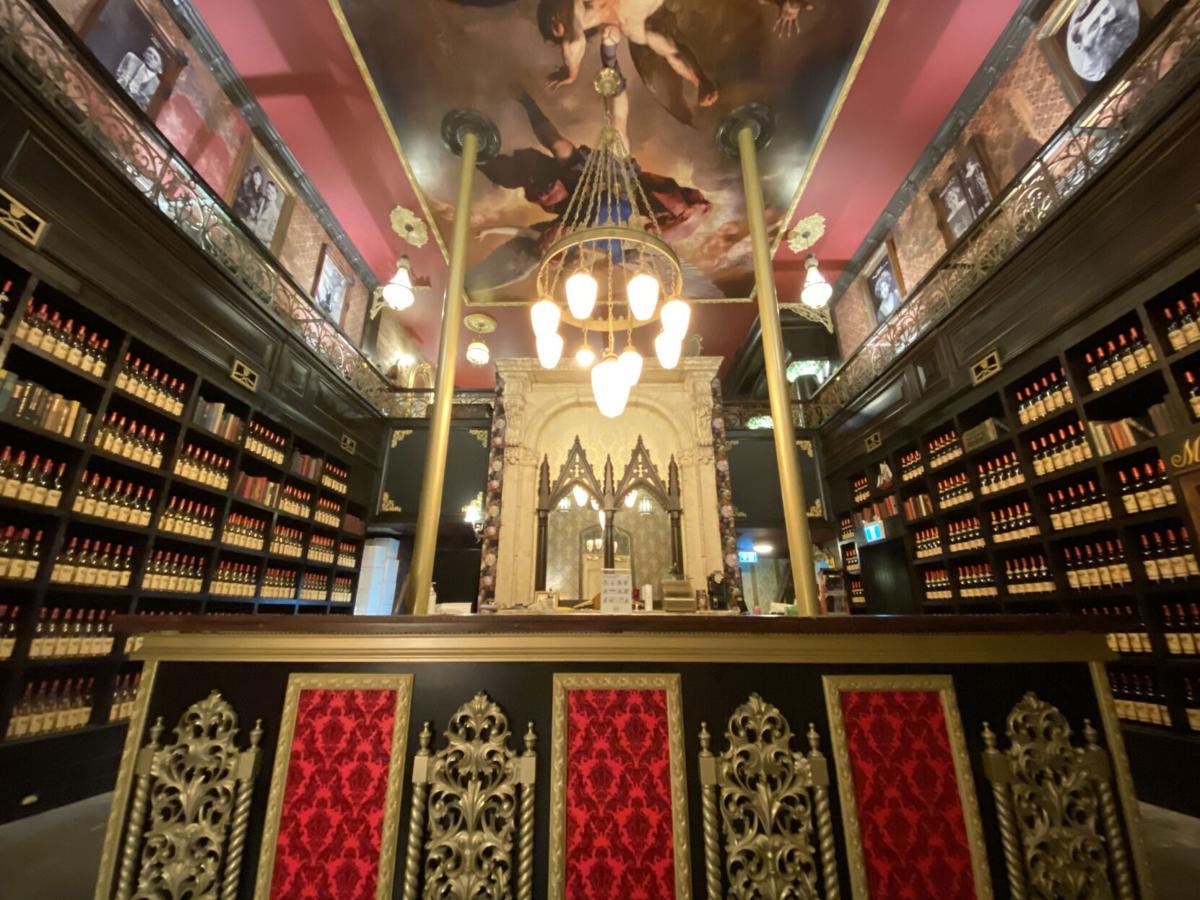 Public access to the new Crown and Thieves Winery in West Kelowna, made to look as if it's the ruin of a 400-year-old building, will be from downtown Westbank rather than the Gellatly Road area, city council will hear Tuesday.

Crown and Thieves Winery has been built to look like an old-world ruin on the outside, while the inside is eclectic with items from the 1600s to the 1970s.

Jason Parkes of the Jason Parkes Customs group describes the decor as Renaissance crossed with a little Peaky Blinders, a show about a 1900s gangster family.

Other Jason Parkes Customs locations include the Hatch winery, which was conceived as an incubator for ideas, along with Truck 59 Ciderhouse and Black Swift Winery.

The intent of Crown is to be clustered with Truck 59 so there are options of wine or cider and maybe even the odd food truck, said Parkes.

The winery is located at 3930 Harding Rd., but Parkes noted visitors will access Crown and Thieves through Brown Road, which would alleviate West Kelowna council’s recent concern over an influx of traffic on Harding Road.

“I would never want people coming up and down Harding,” he said. “I’d be scared of having eggs thrown at my house every night.”

All Jason Parkes Customs’ locations are thematic; however, Parkes said Crown and Thieves is the riskiest.

The winery is on Parkes’ own property, so he could take all the risk himself.

“I've put everything I have into this,” he said.

Parkes also worked closely with Chris Nagy and Bronag Contracting, Graham Dell, who Parkes called the smart guy, and Brodie Isaac, Parkes’ partner in creativity, who came up with the Renaissance-style images and recreation of some of the wallpaper.

“I could never dream of doing these things without the hard work and support from all the people that bravely have decided to work with me,” said Parkes.

Parkes aimed to create an eclectic visual experience inspired by France and Italy.

It’s a place he hopes the community embraces and enjoys as they come in and leave their everyday life for 15 minutes.

“I don't even care if they buy a bottle of wine,” he said.

The fragrance of old wood fills the main floor tasting room, which has a large wooden bar, wine bottles lining the walls and Renaissance-style artwork from Isaac gracing the ceiling.

While the eclectic winery may sound pretentious, Parkes made it clear he’s not a big shot.

“I’m just trying to give people something fun,” he said.

The facade facing the lake has “Death to the Wine Bully” inscribed on the top of the wall and the clock is set to the time his wife was born.

The area facing the lake will simulate the streets of London with cobblestones and cute little tables.

The winery door was made in France, ended up in Israel and then was used in the movie industry before finding a home at Crown and Thieves. On either side are golden mermaid figures that originated from Italy.

In the basement is a speakeasy where Parkes, the front man of the new wave-meets-punk band Proper Man, will pair music with wine.

The speakeasy decor juxtaposes a more than 150-year-old confessional and a medieval door from Parkes’ family with a disco ball and bear skins on the ceiling.

“These bears are there for sound-deadening,” said Parkes.

While Crown and Thieves won’t have a cannon, Parkes said he wants a potato gun.

Parkes said he has a good bunch of people supporting him.

“I have a couple of more projects on the go I hope to complete if I don't end up in a mental ward,” he said

Crown and Thieves Winery’s tasting room is open from 11 a.m. to 6 p.m. Thursday through Monday. The winery is closed Tuesday and Wednesday.