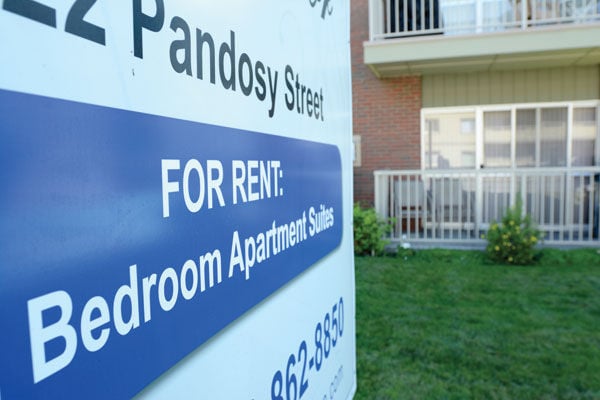 A sign advertises suites for rent in front of an apartment building on Pandosy Street in this file picture from 2016. Details of a new 'rent bank' for Kelowna, to help people keep their home, could be announced within weeks. 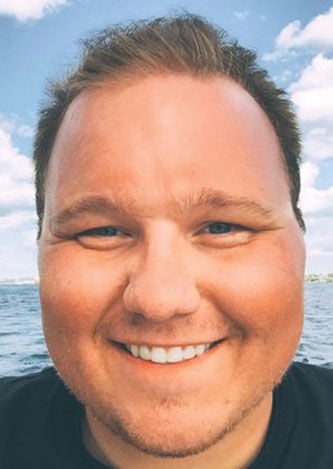 A sign advertises suites for rent in front of an apartment building on Pandosy Street in this file picture from 2016. Details of a new 'rent bank' for Kelowna, to help people keep their home, could be announced within weeks.

A traumatic experience as a landlord led a former UBC Okanagan student to start a company helping landlords choose the ideal tenants.

After leaving university, Dylan Lenz bought his first rental property in downtown Kelowna, where he rented out the upstairs and the basement.

Little did he know the upstairs tenants would turn into a nightmare for him.

“They paid one month’s rent, then never paid again,” said Lenz. “They caused about $22,000 in property damage, unpaid rental fees and eviction fees. It took me four months to get them out because they knew how to manipulate the provincial tenancy board. They knew all the right steps, and I was a young, doe-eyed landlord.”

Lenz said he thought he took all the necessary steps when choosing his tenants, including calling references and asking for proof of employment, but it was not enough.

“Thirty days after that traumatic experience after I evicted them, I started (Naborly),” said Lenz. “We use artificial intelligence and machine learning to predict tenancy outcomes for landlords. We let landlords know exactly who they are renting to before they move in.”

With extremely low vacancy rates across B.C., most landlords do not have problems finding good tenants, said David Hutniak, CEO, Landlord BC, which describes itself as the province’s largest landlord professional industry association.

“Whenever I hear in the media about a landlord who has experienced the tenant-from-hell situation, they say they did everything right, but when we do a little digging, we find out they didn’t do everything right,” said Hutniak. “When landlords do occasionally run into issues with tenants, we always put the onus on the landlord to make sure they’re doing proper screening and reference checks.

“It’s our experience that if they screen properly, they’re going to find good tenants and have good long-term relationships with those tenants.”

Naborly takes tenant screening a step further by asking additional questions, such as how prospective tenants get to work every day, to assess their suitability for the rental property.

“If the applicant requires public transit but there is no bus stop nearby, they’re more likely to move,” said Lenz.

In January 2015, less than two months after starting Naborly, Lenz, Kan and Fox moved to Toronto to pursue their business because access to venture capital funding was minimal, if not non-existent, in Kelowna, said Lenz.

“In Toronto, I can walk down the street one kilometre away and there’s probably seven or eight venture capital firms,” he said. “When we approached people in Kelowna in December 2014, they really didn’t give us the time of day.”

In the last six months, the Naborly team has doubled, and Lenz hopes to double it again by the end of this year.

“We think this could be a big Canadian technology company,” he said.

Naborly officially opened for business to the public in the spring of this year.

Should B.C. restrict it's border to Alberta?