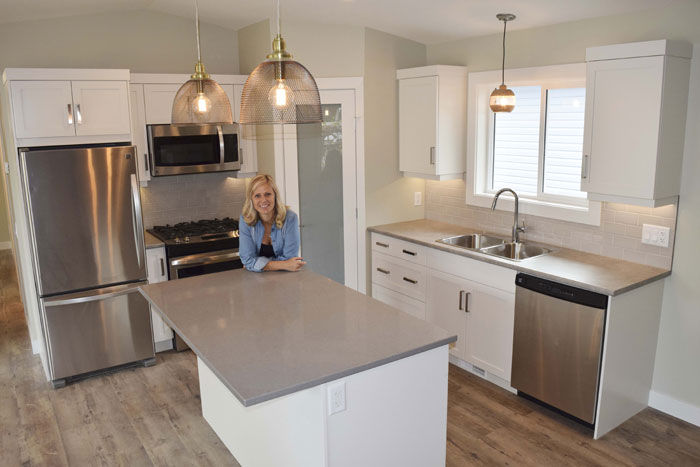 Tara Tschritter of Little House Contracting Co. stands in the kitchen of the 735-square-foot two-bedroom micro house she built for Corine Riemer. This photo was taken by reporter Steve MacNaull’s 14-year-old daughter, Grace. She helped her dad Wednesday as part of Bring Your Grade 9 Child to Work Day. 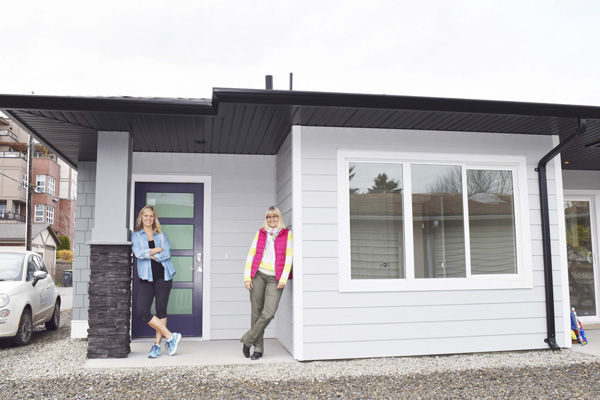 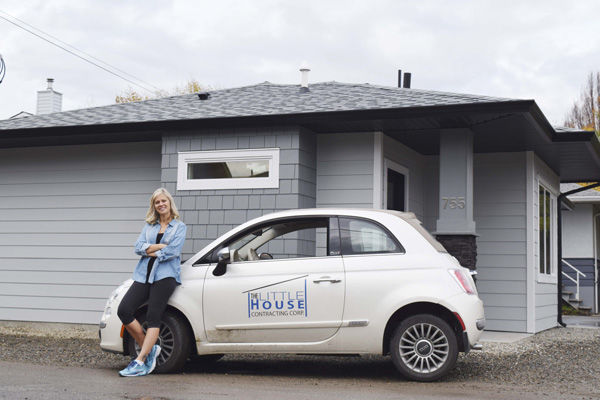 Tara Tschritter of Little House Contracting Co. stands in the kitchen of the 735-square-foot two-bedroom micro house she built for Corine Riemer. This photo was taken by reporter Steve MacNaull’s 14-year-old daughter, Grace. She helped her dad Wednesday as part of Bring Your Grade 9 Child to Work Day.

Excitement enters Tara Tschritter’s voice as she starts to talk about living little.

“Living in a small space is so doable if you’re innovative and can have more storage,” said the owner of Little House Contracting Co.

“This concept resonates with lots of people because you can own less and live more. You don’t have to be tied to a big house and you have a smaller environmental footprint.”

Tschritter is saying this as she stands in the well-appointed kitchen of a new 735-square-foot two-bedroom home in Kelowna’s north end.

“It’s the size of an apartment, but it’s fully detached, so you get all the advantages of a single-family home like great outdoor space and windows on all four sides so you have lots of natural light.”

Tschritter built this micro house in the backyard of Corine Riemer’s postwar home at 757 Stockwell Ave., with back alley access. The micro home’s address is 755 Stockwell.

It’s where carriage houses are typically built as a way to create a secondary suite over a garage.

However, what’s different about the micro house is it doesn’t have a garage in it and it looks like a petite-proportioned, stylish bungalow.

Riemer, a real estate agent, doesn’t yet know what she’ll do with the micro house.

She might move into it herself so her daughter can continue to live in the main house.

She thinks it might rent for as much as $1,800 a month because it’s new, stylish, has two bedrooms, will come furnished, and has an off-alley parking spot and a big patio.

Her goal is to show off what her Little House Contracting Co. can do.

After working seven years as the executive director of Inn From the Cold, the charity that provides seasonal shelter and food for the homeless, Tschritter wanted to become her own boss.

“I wanted to be an entrepreneur and have a business that’s value-driven,” she said.

Tschritter’s husband, Todd Jensen, is also in construction. He does most siding with his Jensen Contracting. In fact, he did the grey Hardie board exterior on the micro house.

Back inside the micro house, the kitchen, with island, is the size of many in full-sized homes.

It flows as one continuous space to the living room, which features two loveseats facing the barn-wood wall, on which a flat-screen TV and gas fireplace are mounted.

“You can get away with smaller spaces if things are mounted on the wall,” said Tschritter.

“People can also live little if you give them innovative storage space. That’s why there’s a big pantry, good-sized closets with built-in shelving, built-ins at the front door for coats and shoes, a window seat in the master bedroom, the furnace and hot-water heater in a closet, and full-sized washer and dryer stacked in another closet.”

The so-called master bedroom is only 9.5 feet by eight feet, or 76 square feet, but with a big window and the aforementioned window seat.

The room is also given the illusion of being bigger because one whole wall is the mirrored sliding doors to the ample closet.

It also has sliding-door access to the micro home’s one and only bathroom. There’s a full-size tub with shower in there and side-by-side sinks.

The other sliding door provides bathroom access to the rest of the house through the hall.

The second bedroom is slightly smaller at eight feet by nine feet, or 72 square feet, and also features a big window looking out over the patio.

But it has three others in the works, which will be built instead of carriage homes in homeowners’ backyards.

It’s a way to make housing more affordable and increase the inventory of both ownership and rental homes in a city where affordability and tight rental vacancy rates are issues.

Micro suites, apartments and condominiums of around 400 square feet have been a trend in Kelowna for the past few years.

People are willing to live small if it’s affordable, well-appointed and close to amenities like a city centre, shopping, recreation and culture.

Tschritter is also in talks with McKinley Beach to build an enclave of 55 micro homes in the McKinley Landing development.

Hot enough for you?