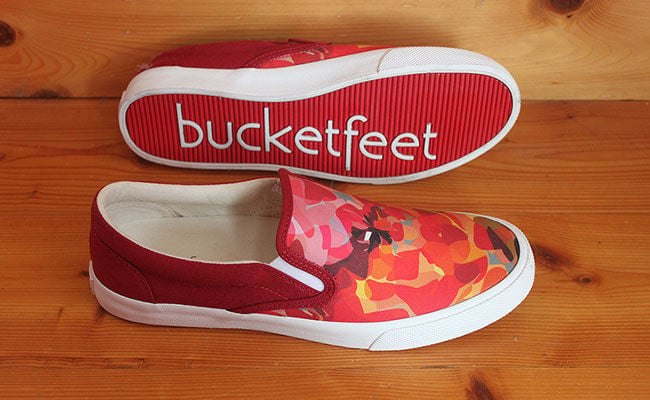 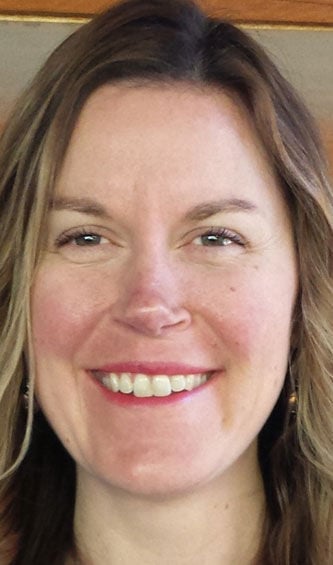 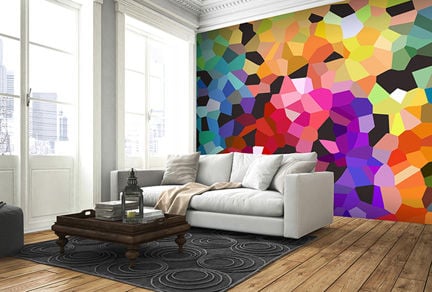 Designs from West Kelowna artist Shandra Smith are incorporated in wallpaper by U.K.-based Wallsauce. The wallpaper pictured is called Fooling Around.

Designs from West Kelowna artist Shandra Smith are incorporated in wallpaper by U.K.-based Wallsauce. The wallpaper pictured is called Fooling Around.

Those are the names of graphic compositions by West Kelowna abstract artist Shandra Smith that are making it big on the international surface design scene.

“I didn’t even know it was called surface design myself until a couple of years ago when I came across companies using the name online,” said Smith.

“As the name suggests, it’s about putting art on whatever surface you want, from wallpaper, shoes and cellphone cases to lampshades, tote bags and scarves. So, basically anything in fashion or home design.”

Smith’s breakthrough came last year when she came across U.K.-based Wallsauce, a maker of funky wallpaper and wall murals, on Instagram.

She Googled the company to find out more and sent examples of her work via email.

Wallsauce instantly liked what it saw, a Skype call was arranged and a deal was struck.

Twenty of Smith’s boldest designs are now Wallsauce staples that can be made into customized wallpaper and wall murals for customers around the world.

Fooling Around tends to be the most popular with its tease of a name, and Smith also came up with five colourful limited-edition designs for cellphone cases for The Casery, an online accessories store that also has a bricks-and-mortar shop in Santa Monica.

Smith’s Bloom design, which looks like vibrant camouflage, is featured on shoes by Chicago-based Bucketfeet.

“They were only released last week and they’re selling really well on Bucketfeet’s website,” said Smith.

“If they do well online first, then Bucketfeet mass-produces them and distributes them to stores around the world, including big American department stores like Nordstrom and Bloomingdales.”

Locally, Hotel Zed will have Fooling Around, Flower and Burst of Colour wall art and murals in public spaces and its 60 rooms when it opens as retro-mod accommodations in the former Travelodge premises downtown, across from City Park.

Hotel Zed is a new brand from the same company that owns and operates the Accent Inn chain, which has a location in Kelowna.

Accent’s head office in Victoria will also hang some of Smith’s Underwater art.

Next month, Smith will travel to England to meet with Scarlett & Fern to collaborate on designs for lampshades.

As a kid and young adult, Smith, 41, did traditional drawing and painting.

“But, quite frankly, it wasn’t very good. In fact, it was crap,” said Smith with a laugh.

After moving from Saskatchewan to Kelowna in 2001, she worked as a secretary and for a couple of years at the Kelowna Art Gallery.

After having her two kids, now aged 11 and eight, and staying at home with them, she started to play with art again.

Her father-in-law had given her a digital camera to take pictures of the kids to send him overseas, where he was living and missing his grandchildren.

Smith certainly took those photos, but also started an eclectic collection of pictures of everything from colourful assemblages of foam circles to torn-up pieces of paper.

“I’d just work on them with Photoshop for a half-hour or an hour at a time on the computer because those were the time frames I was allowed with young kids,” she said.

“The images kind of crystallize and take on a painterly effect in graphic design. I guess it’s what they call photography-based digital mixed media.”

The living room, in particular, is all bright colours with a jukebox, wildly patterned lampshades and throw pillows, a huge Coke sign on the two-storey wall and a purple swivel chair.

It was featured on the My Favourite Room page of the Globe and Mail newspaper in November.

“Now is my time. For the first time, my art is becoming lucrative. It’s really what I’ve been dreaming of. I’m going to have to get an agent next.”

Is Canada getting more or less tolerant?