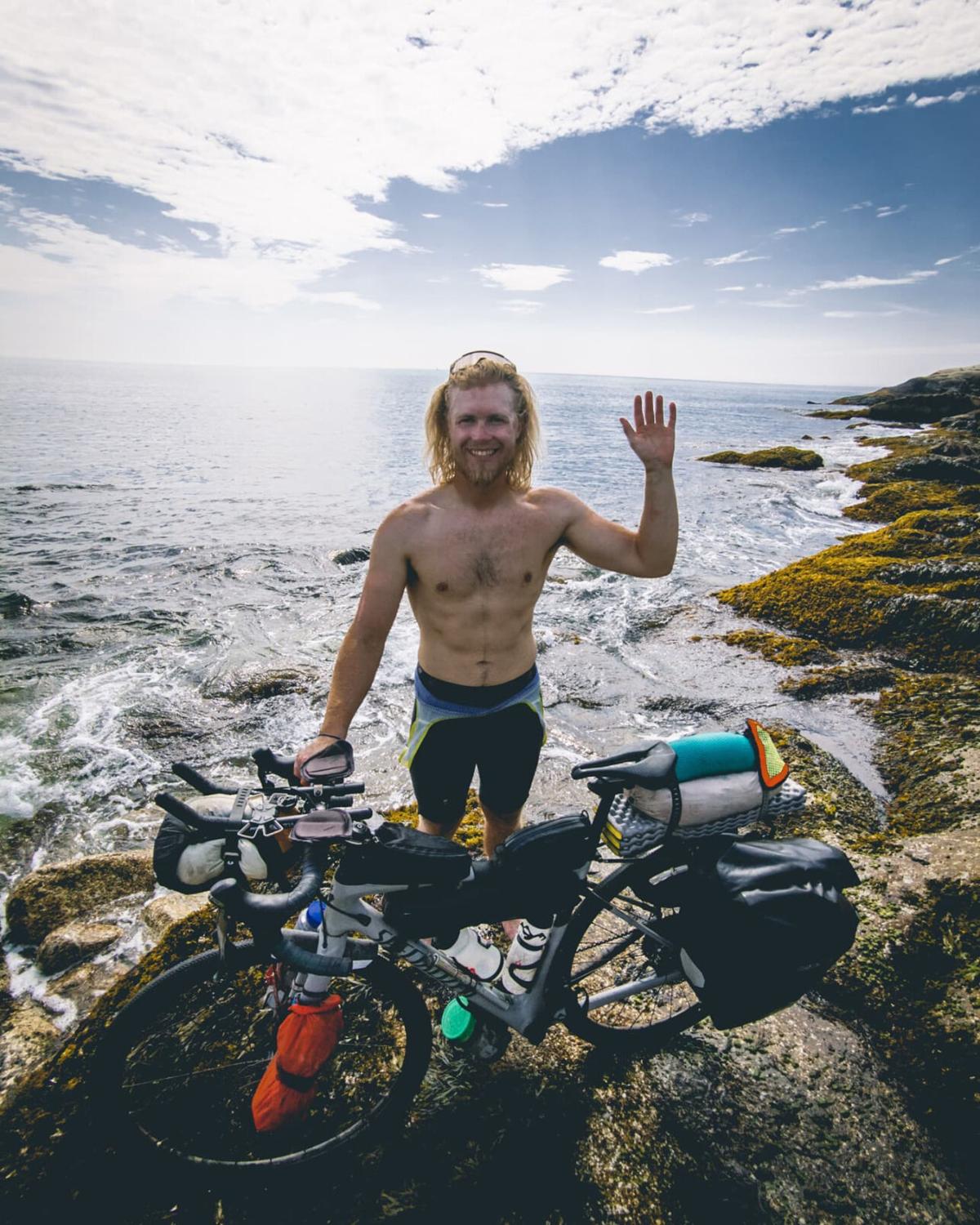 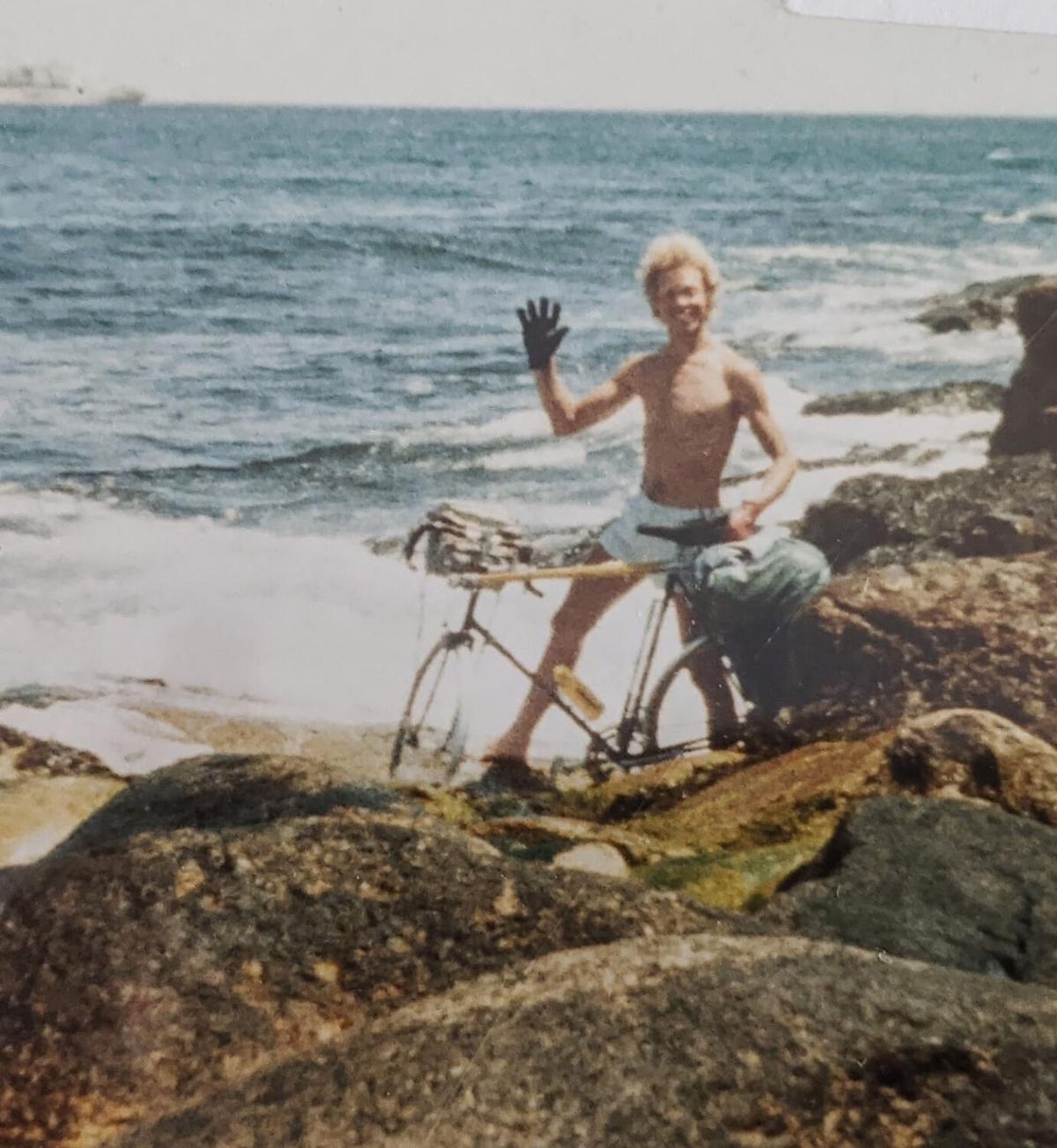 Ralph Zittlau at Herring Cove in Nova Scotia after cycling across Canada with his brother in 1982, taken from his journal.

Ralph Zittlau at Herring Cove in Nova Scotia after cycling across Canada with his brother in 1982, taken from his journal.

A 24-year-old West Kelowna man may not have any memories with his late father, but after cycling coast to coast nearly 40 years after his father made the same trip, he has been able to share an experience with him.

Will Zittlau’s father died when the boy was three, leaving behind his 10-speed bicycle and a journal from the cycling trip he took across Canada with his brother in 1982 after graduating from mechanical engineering.

Seeing his father’s bike and reading the journal, Zittlau said taking the same trip was always in the back of his mind.

Zittlau graduated from university as a mechanical engineer in 2020, but put the trip on hold because of COVID-19.

With one vaccine in his arm and his father’s journal transcribed to his mobile phone, the 24-year-old software developer dipped the wheels of his fully-loaded bike into the Pacific Ocean at Mile Zero in Victoria, B.C. June 1 and headed east.

Forty-eight days later, 45 of those cycling days, Zittlau dipped his wheels in the Atlantic Ocean at Herring Cove, a park just east of Halifax, Nova Scotia.

He cycled more than 6,400 kilometres and climbed 33,500 metres in elevation over the trip.

In preparation for his ride, Zittlau, who had worked at a bike shop and always been into outdoor activities, began doing longer runs and bike rides.

Zittlau packed enough gear on his bike to be self sufficient, camping most of the way across, only stopping at a motel to shower, do laundry, or if the weather was bad.

Although he has ridden his father’s bike before, Zittlau used his own bicycle for the trip.

“It’s honestly really impressive he did it on his 10-speed in the ’80s,” the son said. “Bikes have come a long way since then.”

Although he knew the mental aspect of the trip was going to be more challenging biking solo, he preferred to do it alone.

With experience in back country camping and cell service for most of the trip, Zittlau said he wasn’t worried about cycling solo.

“It was a really cool way to see the country,” said Zittlau, who had previously never been east of Calgary. “You get to stop in all the small towns you would usually just drive through and you interact with a lot more people.”

His favourite section was the Quebec coastline, with the gorgeous scenery, history and friendly people.

Zittlau posted his progress on social media and had people message him throughout his trip, but also had people who wanted to hear his story when they saw him at a grocery store or café with his fully loaded bike.

Unlike his father and uncle, who were stopped two days in Saskatchewan by a blizzard, Zittlau said he was fortunate weather-wise. He did get some rain and thunderstorms, but missed the heat wave and smoke in B.C.

The long ride gave him time for self reflection and to think about his father. He read his father’s journal entries every night and compared them to his own trip.

Zittlau said he got everything he wanted out of the ride.

“Originally, when I left, I think I was secretly hoping that it'd maybe give me some final closure that I didn't have,” he said. “But somewhere along the way I realized that it wasn't really about that. I can’t have new memories with my dad, but I can still get a deeper understanding by doing things like this.”