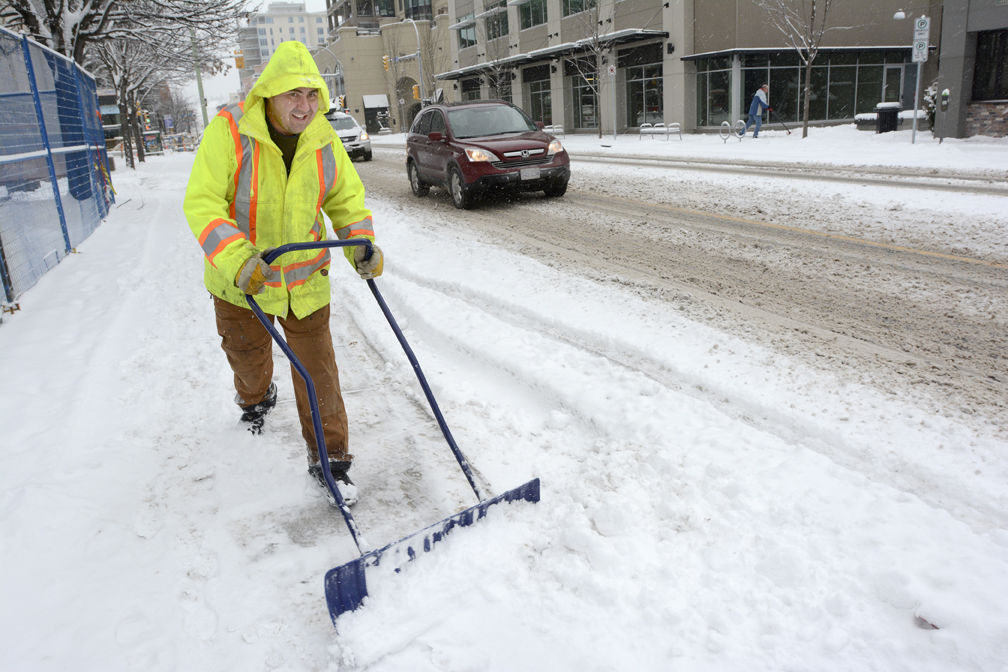 A parking ban has been implemented for high-elevation Kelowna neighborhoods with up to 15 cm of snow expected today. 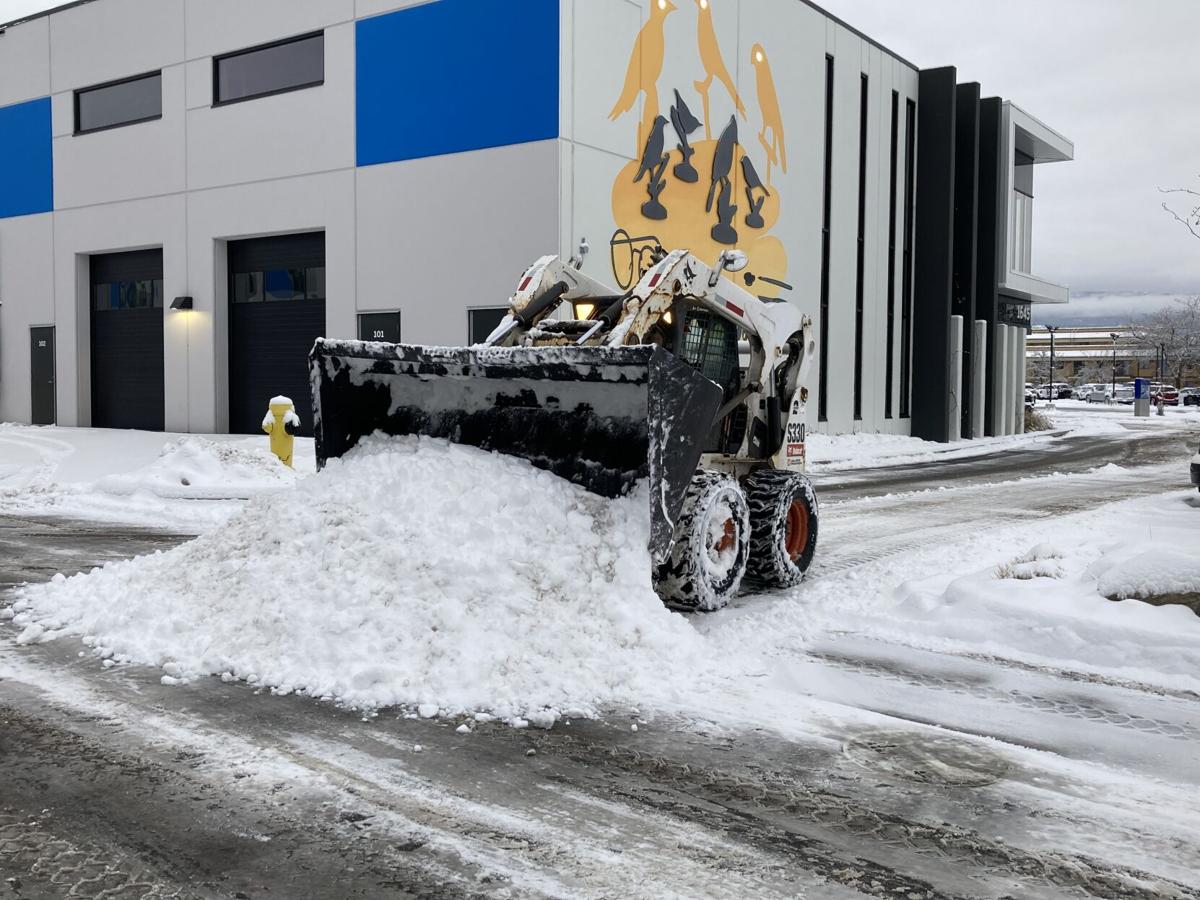 Snow is cleared from a business complex on Dilworth Drive Wednesday morning. 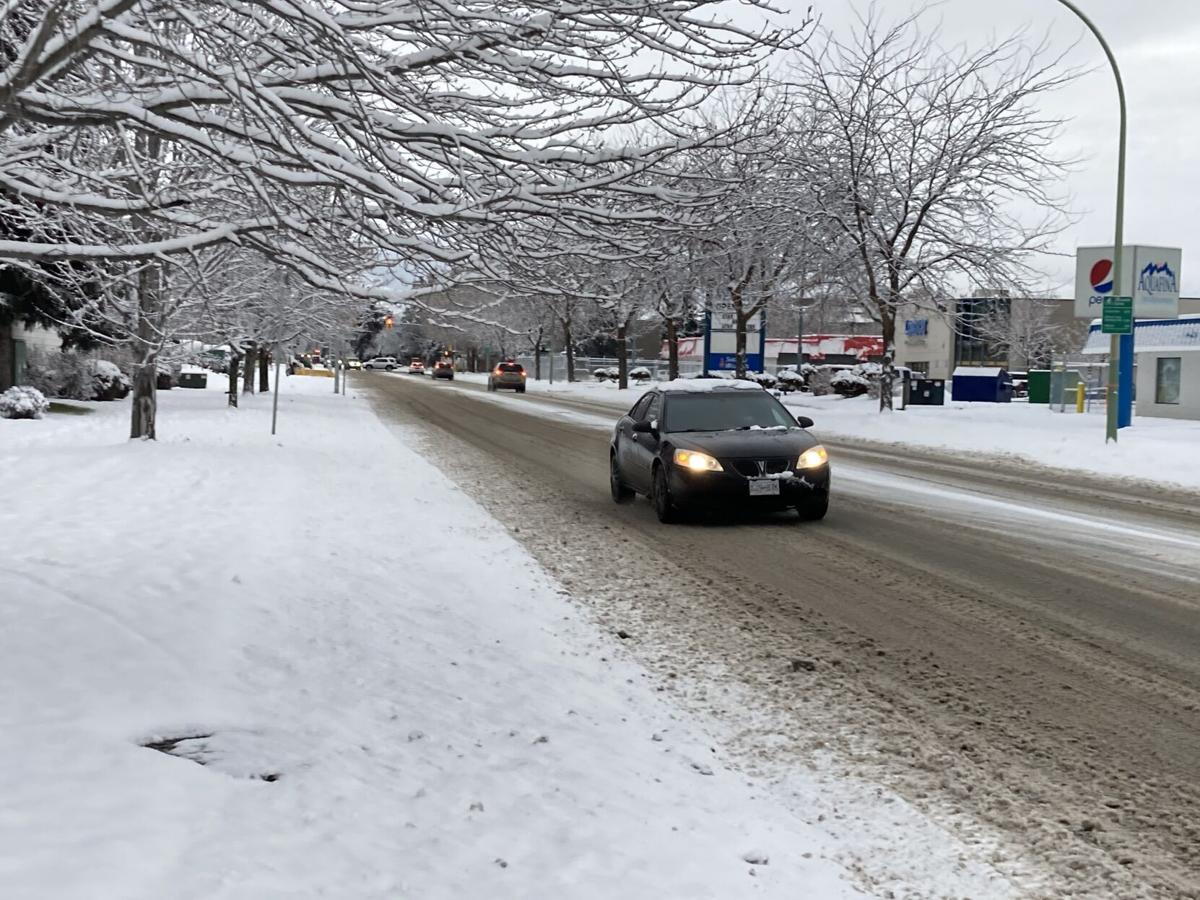 A parking ban has been implemented for high-elevation Kelowna neighborhoods with up to 15 cm of snow expected today.

Snow is cleared from a business complex on Dilworth Drive Wednesday morning.

A parking ban has been imposed on high-elevation Kelowna streets as the city works to keep roads clear during a morning snowstorm.

Snowfall accumulations of up to 15 cm are predicted for Kelowna and Vernon this morning, Environment Canada says.

"We put the advisory in place because we're expecting more snow throughout the day," city roadways manager Stephen Bryans said.
Almost all of the city's 40 pieces of snow-clearing equipment are now in service and more trucks will be added later today, he said.
The city budgets $2 million on a calendar basis for snow removal. As of now, expenditures are nearly at that point, so some use may be made of a reserve fund before the new budget year begins on Jan. 1, Bryans said. "We've been going pretty close to 24/7 since Christmas," he said.
A snowfall warning has been prompted by a Pacific frontal system moving across the B.C. Southern Interior.
Snow will be heavy at times this morning, before tapering to flurries this afternoon.
The City of Kelowna this morning activated its snow route system, meaning a on-street parking ban is now in effect in many neighbourhoods.
These include Academy Way, Black Mountain, Clifton/Magic Estates/Wilden, Dilworth Mountain, Kirschner Mountain, McKinley Beach and areas in the Upper Mission including the Ponds neighbourhood.
Residents in these areas have 24 hours to move their vehicles off the street or they could get a $50 ticket or be towed away. The parking ban is indefinite; it will be lifted when the city deems conditions warrant their removal.
Driving conditions are expected to be hazardous.
"Prepare for quickly changing and deteriorating travel conditions. Visibility may be suddenly reduced at times in heavy snow," Environment Canada says.
Highs today will only reach minus 1C, with more snow forecast tonight and a low of minus 3C.
Thursday will see a high of zero celsius, with slightly warmer conditions forecast from Friday through Tuesday. The New Year should start with grey skies, with flurries or rain showers expected throughout the first week of January.
So far this month, Vernon has had 48 mm of precipitation and Kelowna has had 31 mm.

Does an airline owe you money?

Air Canada and the federal government signed a bailout deal on Monday that features refunds for cancelled flights.