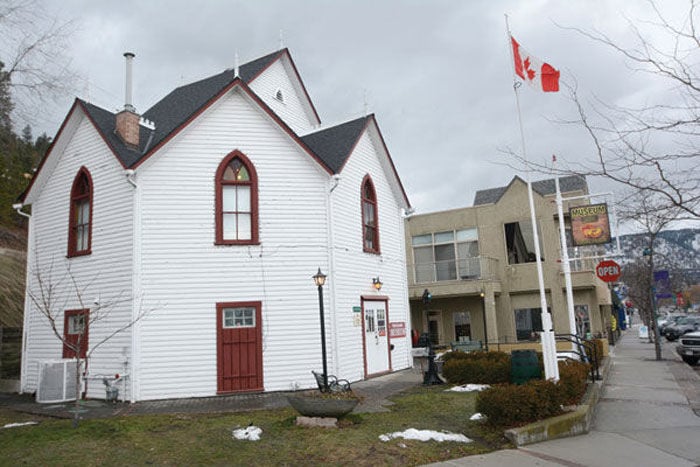 Renovation of a 111-year-old eight-sided building in Peachland, now used as the town's museum but constructed as a church, will be aided by a $600,000 provincial grant confirmed Monday. 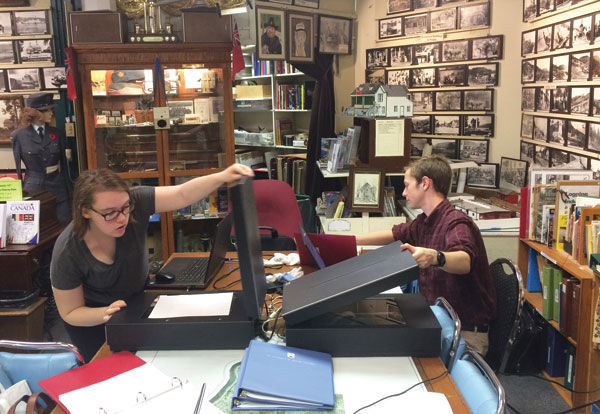 Researchers work inside Peachland's Museum. The 111-year-old building will benefit from a $600,000 restoration grant, announced by the province on Monday.

Renovation of a 111-year-old eight-sided building in Peachland, now used as the town's museum but constructed as a church, will be aided by a $600,000 provincial grant confirmed Monday.

Researchers work inside Peachland's Museum. The 111-year-old building will benefit from a $600,000 restoration grant, announced by the province on Monday.

The future of a 111-year-old Peachland building that has had a variety of municipal uses looks more secure with confirmation of a $600,000 renovation grant.

The distinctive eight-sided, two-storey structure at the south end of Beach Avenue is now the town museum and archives. But it was built in 1910 as a church, and it has functioned over the years as the municipal office, fire hall, and library.

Money for its restoration was announced Monday as part of what's said to be the province's single largest funding program, worth $20 million, to preserve and protect heritage buildings across B.C.

"Funding heritage and cultural projects throughout B.C. is vital for communities and their well-being. It allows them to remain connected to their past and it helps to support their cultural organizations," Rural Development Minister Katrine Conroy said in a government release.

Projects in 68 communities include restoration of a Japanese internment camp used during the Second World War, a century-old building constructed by Chinese benevolent organizations, coastal shipyards, old theatres in several towns, and an abandoned mine at Hedley.

The Okanagan Historical Society will get funding to continue rehabilitation of the Father Pandosy Mission site on Benvoulin Road in Kelowna, and there's a grant for enhancement of the gardens at the Grist Mill in Keremeos.

In Peachland, town officials have been concerned about the state of the museum building for some time. Issues include water damage, the deterioration of the fabric of the building, the condition of the distinctive gingerbread-style roof, and the high cost of heating and cooling, community services director Cheryl Wiebe says.

"The renovation project has to be initiated by year-end with project completion in March 2023," Wiebe says.

More than 12,000 people annually visit the museum, which includes a large working model of the Kettle Valley Railway covering its entire second floor.