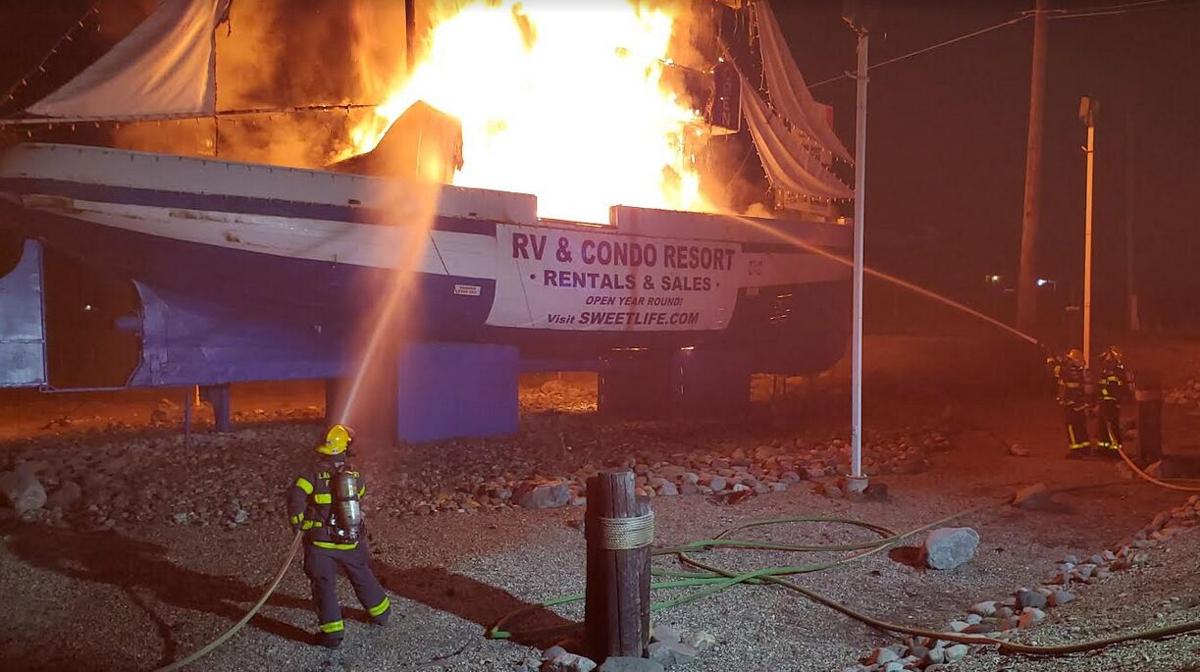 A boat built in 1903 and long used as a marketing sign for the Holiday Park Resort between Kelowna and Lake Country was destroyed by fire early Thursday. 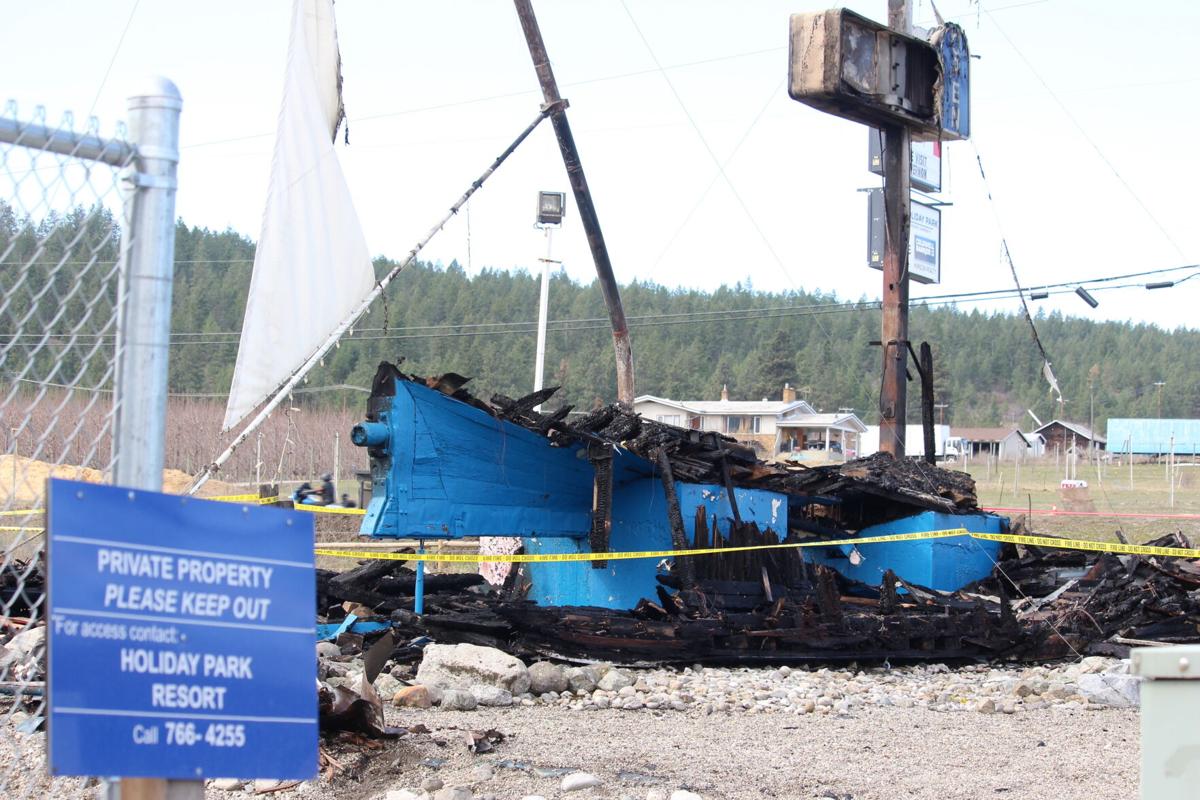 Charred rubble is all that remains of the Holiday Park boat.

A boat built in 1903 and long used as a marketing sign for the Holiday Park Resort between Kelowna and Lake Country was destroyed by fire early Thursday.

Charred rubble is all that remains of the Holiday Park boat.

Paramedics tried to extinguish a burning boat used as a marketing sign along Highway 97 early Thursday.
An ambulance crew happened to be driving nearby when they noticed the distinctive blue-and-white boat at the Holiday Park RV Resort between Kelowna and Lake Country was on fire about 1:30 a.m.
"They stopped, called 911 right away, and got out their fire extinguishers to have a go at it," Lake Country fire chief Steve Windsor said. "They did their best, but the fire was already pretty well along by then."
Despite the efforts of firefighters from both Lake Country and Kelowna, the distinctive blue-and-white boat, parts of which back to the early 1900s, was destroyed by the fire.
"Once the deck collapsed into the boat, that was it," Windsor said. "We had to get an excavator in to clear away the debris."
No other structures were threatened by the fire, Windsor said.
Constructed out of heavy wooden timber, the boat was built as the Orchard City II tugboat in 1903, according to the Holiday Park Resort website. The boat sank during a storm in 1948 and was in the water for 30 years before being salvaged and restored.
It was then bought and refashioned to look like a sailboat by the Sigal family, which continues to own and operate the resort.
"It's been a unique local landmark really embraced by the community as much as it's been a sign for the resort," Holiday Park owner Dan Sigal said.
"I've heard from a lot of people already today how much they liked seeing the boat there and how sorry they are about what's happened. That's been very gratifying."
There hadn't been any problems with people daubing graffiti on the boat over the years or instances of homeless people using it as a shelter, he said.
Insurance won't come into play, Sigal said, and it's not known yet what kind of signage will replace the destroyed vessel.
"But given the cost and everything, we won't be putting another boat there," Sigal said. "Unfortunately, those days are over."

Does an airline owe you money?

Air Canada and the federal government signed a bailout deal on Monday that features refunds for cancelled flights.