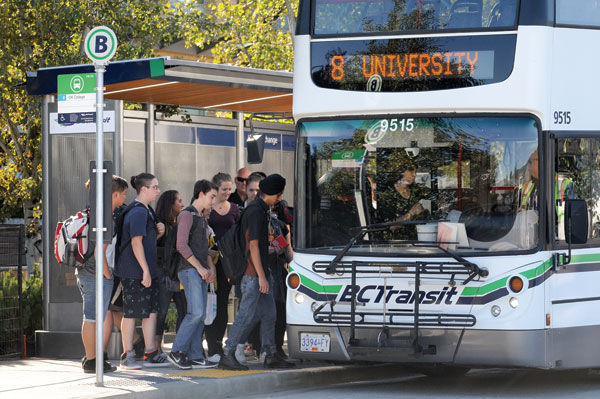 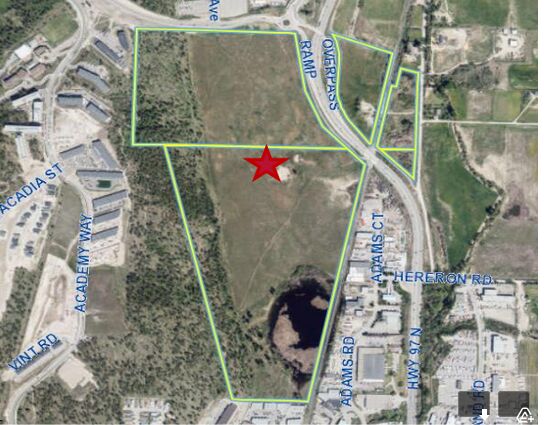 The City of Kelowna would like to build a major new transit service centre on this agricultural land, immediately south of the UBC Okanagan campus. Council voted 7-2 Monday to ask the Agricultural Land Commission to allow the project to move forward.

The City of Kelowna would like to build a major new transit service centre on this agricultural land, immediately south of the UBC Okanagan campus. Council voted 7-2 Monday to ask the Agricultural Land Commission to allow the project to move forward.

Turning municipally-owned farmland into a transit facility will benefit agriculture in the long run, a majority of Kelowna city councillors say.

Council voted 7-2 on Monday to ask the Agricultural Land Commision to allow the city to use a 16 ha farming property immediately south of the UBC Okanagan campus for new bus barns.

The site has been proposed for industrial use under the city's official community plan since the mid-1990s, several councillors noted, and the city bought the land several years ago with the express purpose of eventually using it for new bus barns.

"We're utilizing a piece of property that has been marked for industrial uses for decades," Mayor Colin Basran said. "It makes sense."

Basran and other councillors also said having new bus barns would allow the transit system to grow in the future, providing more frequent service on more routes. That, they said, would help encourage more compact urban development that would lessen the pressure to build new homes and businesses on agricultural land.

"To maintain agricultural land, we have to encourage growth in transportation in a different way," Coun. Loyal Wooldridge said.

The site has a good location, along Highway 97 and next to the university, which is a busy spot in the transit system, Coun. Brad Sieben said. Still, he expressed some concern the Agricultural Land Commission might nevertheless reject the city's request to use the property for bus barns.

"We should be prepared for plan B, C, and D," Sieben said.

"I philosophically disagree with agricultural land coming out for development," Singh said.

Basran expressed some frustration with the opposition of Singh and Hodge, given the longstanding designation of the property for industrial uses and the city's acquisition of it a number of years ago.

"You have the right to oppose it but I'm just confused because we've been down this road for a really long time," Basran said.

Has flooding in B.C. affected your views on climate change?