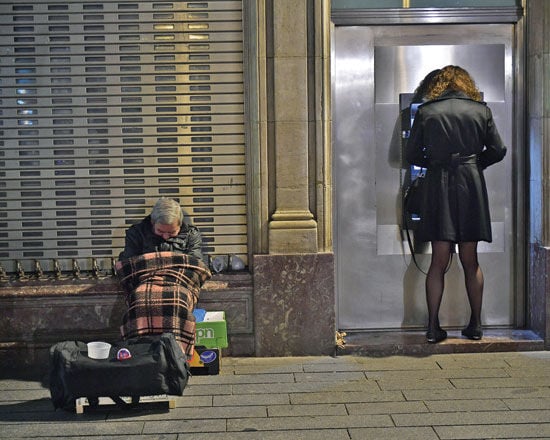 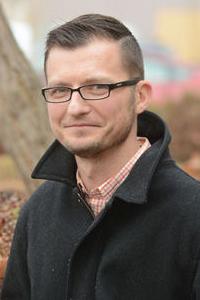 As one elderly gentlemen outside our old, downtown Kelowna office searched for a way to light his crack pipe, two senior ladies were looking through one of our newspaper boxes just three metres away.

I don’t normally “encourage” drug users and dealers to hit the bricks, but I was worried about what might happen should these two women glance over and see what was happening around the corner.

I politely tapped on the window. The druggies got the message and left without incident — they usually do, but not always, and sometimes it can get ridiculous or downright frightening.

It’s scenes like these that none of here at The Daily Courier will miss now that we’ve moved from the corner of Doyle Avenue and St. Paul Street. We’re now on Leckie Avenue, and we couldn’t be happier about leaving some of our former “neighbours” behind. It was getting ugly.

I watched that whole thing unfold from behind our tinted windows. People can’t see inside our offices, but we can plainly watch what happens.

Scenes of drug abuse and dealing played out almost daily at our former office.

That same elderly crack user — he’d be in his mid-60s — has used our property to get high before. I’ve watched him shoot up heroin.

On a sunny August day.

News that we were moving seemed to have spread quickly on the street, and we had to move people along quite regularly because they seemed to believe the building was vacant. We had two break-ins, and each staff member can tell you of an encounter with a crackhead.

Thank goodness we have Dan Wood, a young salesman who can handle himself in a jam. Dan has no trouble banging on the windows and telling Kelowna’s undesirables to “Leave. Now.”

He came to work one morning to find a man reaching into a parked vehicle. When Dan asked him what he was doing, the man said he was just getting something from the glove box.

It was actually Ric Bach’s car, so Dan put the man into a chokehold until police arrived.

One of Dan’s most famous quotes: “Pull up your pants and don’t come back.”

People urinate on our windows. We had a man sleeping outside our employee entrance. When former staff member Ed Kennedy woke him, and asked him to leave, the angry homeless man spat in Ed’s face (sending him to hospital for a battery of tests, which were all negative, thankfully).

We had another mentally unstable man routinely charge through our front entrance and scream at the front-counter staff.

She was wandering through traffic before police arrived.

The second time, an agitated young man with a shaved head was pacing laps around our building (and it’s a big building). He’d pick up a rock and hurl it at our walls and windows periodically. It was nice of him to test our new window alarms.

We won’t miss the open drug use outside our windows, the hypodermic needles jammed into pallets at our loading dock, nor the garbage — so much garbage.

We just hope none of these homeless and drug addicted folks come by to check on us. They can trust me when I say, we’re fine thanks. No need for a house-warming present.

I’d like to believe we won’t be bothered by vagrants on Leckie, but I’m not that confident. Given how close our new building is to the Okanagan Rail Trail near the Enterprise Way dog park — you’ll find all kinds of discarded junk that proves the homeless like to camp in those bushes — it’s likely we’ll just meet new homeless neighbours.

I’m sure business owners on Lawrence and Leon could tell us stories that make ours seem like pleasant encounters. It all has us thinking, with the hundreds of thousands of taxpayer dollars going to answering both the opioid crisis and the homelessness problem: where’s the money going?

We admit to feeling incredibly conflicted. These people need help, but there are more of them than ever, it seems. What’s going on? I know that calling people “vagrants,” “crackheads” and “addicts” will make some of you angry at me, but – frankly – I’m fed up with the whole mess.

And what are we supposed to think of these “Journey Home” buzzwords when our staff was afraid to leave the building at night?

Watching a 60-something man shoot heroin and then lie prone in the fetal position for an hour is sickening.

This man must be in tremendous pain, but where does that leave us? You won’t find anyone here stepping outside our offices with an olive branch for the homeless, not when we’re worried someone will spit into our faces in retaliation.

Goodbye crackheads, we hope you get the help you need, but we won’t miss you.